Wi-Fi hot spots are always fully unsecured connections, so you and potential hackers are hanging out in the same network bubble. It’s not difficult for one to tap into your activity and sniff out your personal information. So, even if a hot spot requires a password or guides you through a log-in screen, you’re still at risk.

Wi-Fi hotspot is one of the latest trends worldwide , The criminals use Wi-Fi to hack into the personal information of the others that are dealing with , It is easier when the people are using Wi-Fi hotspots and this type of behavior is more difficult to track as the guilty party is using the same network as many other users.

Mobile hotspot is an interesting business for multiple players , It drains the phone’s battery much faster than typical phone use , Some smartphones do not allow you to receive the calls while serving as a hotspot , Because not all phones support voice and data at the same time.

If your signal isn’t stable , latency is bad and connection drops , You can use more data if you have add-ons , Wi-Fi served up by your mobile hotspot won’t be as fast as your home Wi-Fi , Although with newer 4G speeds , the difference in speed is slowly diminishing.

The biggest problem with the cellular modem or USB stick , mobile hotspots is that they carry an extra fee for the mobile broadband service , The wireless broadband costs more per byte than home DSL or cable setups.

You can not find a cellular carrier that offers unlimited data , The mobile hotspot users need to monitor their data usage carefully to avoid the expensive plan overages , The access can be limited and coverage intermittent.

It is not as simple and reliable as accessing the internet from home , There are security issues , Accessing the web from a Wi-Fi hotspot is not secure that could be an issue if you are dealing with sensitive information such as bank details and important passwords or working over a business network.

While the security can be a major issue with Wi-Fi , There are things that can be done to reduce the risk , All business networks should have security measures in place , with a VPN being the best option , The VPN is a virtual private network which uses encryption so data cannot be easily intercepted , For the other users feature articles. 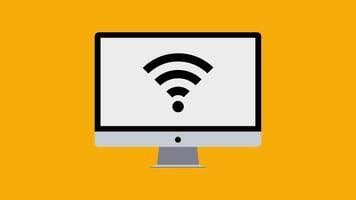 The public Wi-Fi connection is intended for the use of many people at one time , It allows the users looking to do you harm perfect access to your device , If you haven’t set your firewall to public and not all operating systems prompt you to do , you could be leaking the passwords & the bank account numbers over the network and any shared folders on your device are open for the others to see.

When you use the public Wi-Fi network , You have to know that you are not alone , With all of the other users , network bandwidth is cut down , your device can operate slowly , Some users could be using the network to spread viruses and it can not only cause lag but put your device at serious and permanent risk.

The coverage of Wi-Fi is limited, Most Wi-Fi networks only provide a 30-foot range from the router , This may limit you, If a lot of users are logged on , The connections may suffer , It can cause you to be booted off the network , that can be a nuisance if you are working an on the important document or sending the information.

The mobile devices consume more power using Wi-Fi than the standard wired connection due to the wireless connection, It can cause rapid power loss on your device, that can be an ordeal if you need your phone later in the day or you’re using your laptop for work.

A lot of public Wi-Fi connections bombard your device with the advertisements, Some ads are legitimate and some are fake that leads to a problem, Many advertisements that look real are in fact, mediums for the hackers to send you a virus, By closing the window or clicking the ad, you may have unleashed virus on your computer and not even know it.

On the hard-wired internet connection , The information traveling to and from your computer is encrypted , yet on a Wi-Fi network it isn’t, While it can lead to sensitive information leaks, It can allow the other users to have passwords of your social networks, These hackers spread harm through your Facebook or Twitter account.

Why Is Cellular Data More Secure? Connecting to a cellular network is absolutely more safe than using WiFi. Most WiFi hotspots aren’t secure because the data sent over the internet isn’t encrypted. When you use a secured WiFi, you can encrypt your data, but it’s still less reliable and automatic than cellular signal.