ZTE NUBIA Z20  was released in August 2019. The smartphone comes with a 6.42 inch display which gives resolution of 1080 x 2340 pixels and 401 PPI pixels. This is a revolutionary device with a full screen on the  back of the device. It Relaunched in october and it has got just the diamond black color since it was released. The asian OEM has introduced the smartphone in a new blue color, and it will be going on sales for at most $50 in selected market places. 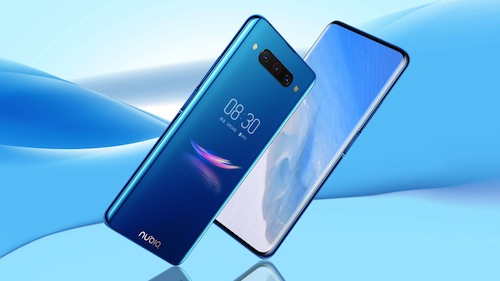 Pre orders for this device has already kicked off as the new color has not reached the retailer end stores yet, with specific orders and information stating that preorders will start distribution by the 2nd of December, with freebies attached to it. For those who are subscribed Nubia after pre-ordering the device, you’ll receive a free pair of Noobz Earphones which normally cost an additional $15. Interested users who will like to purchase this handheld device should go for the 8GB RAM /Qualcomm SD 855 chipset under the hood. All that will be powered by an impressive 40000mAh battery.

The smartphone is incorporated with triple camera 48 mp, f/1.7, 26mm (wide) +8mp telephoto + 16 mp, 12mm (ultra wide) as a rear camera and uses the main camera on the front for taking Selfies. 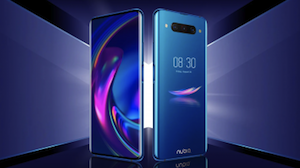