Xilence LiQuRizer LQ120: The most affordable AIO option in Nigeria

Xilence belongs to Listan GmbH. Where be quiet! covers the mid- to upper-range, Xilence is in the entry-level price range. Thus, the AIO Xilence LiQuRizer LQ120 is priced at the very bottom and is pretty much the cheapest way into the world of water cooling. How the cooler fares and whether it stands out from similarly priced air coolers in terms of performance is clarified in this Xilence LiQuRizer LQ120 review. 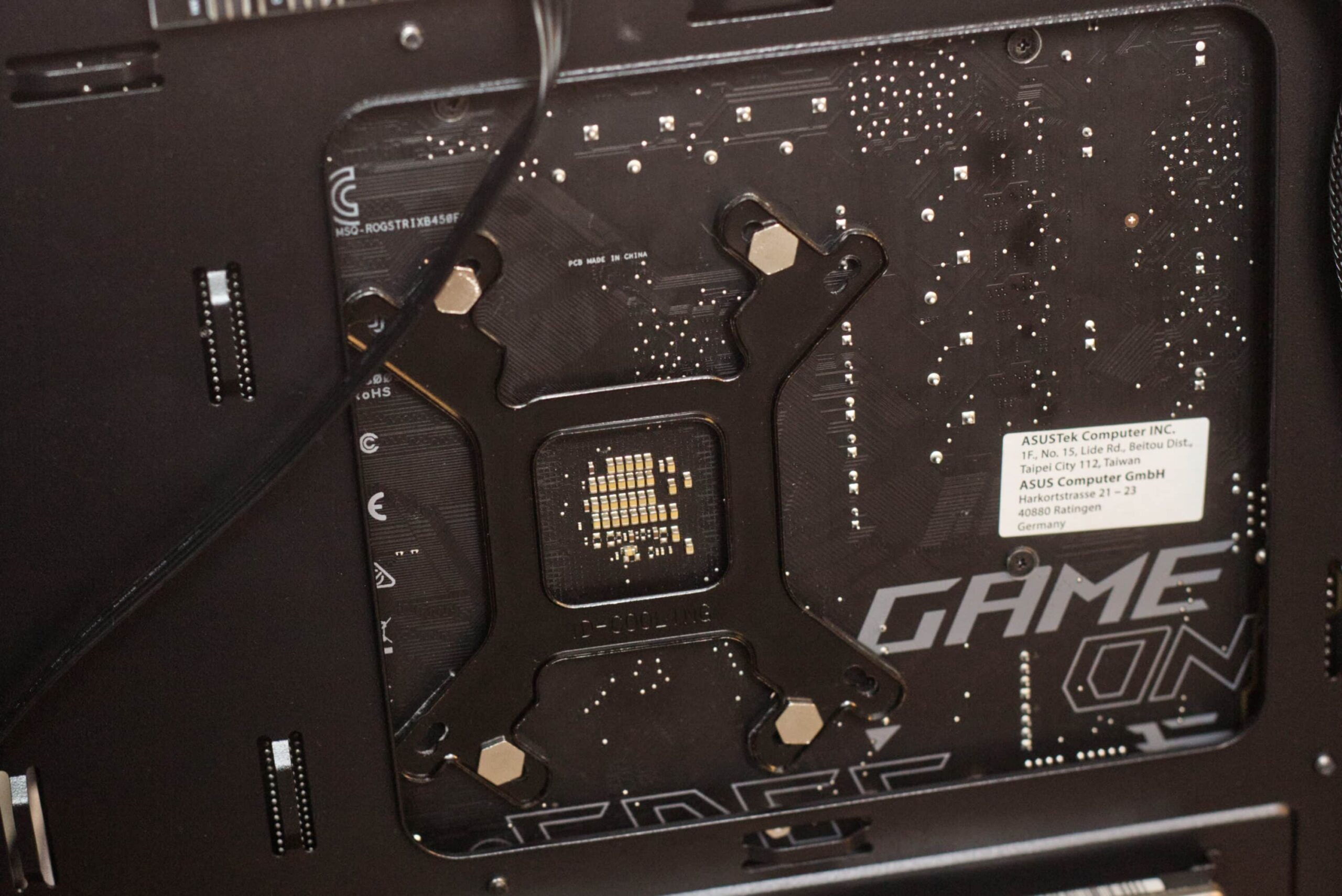 The packaging of the Xilence LiQuRizer LQ120 is in the typical Xilence style of sleek black and white with the product printed in cartoon style and black and red accents. Inside you’ll find a cardboard box that holds the individual parts, which are in turn wrapped in plastic. The fan is individually packaged and not pre-assembled. The assembly material is in another cardboard box.

In addition to the cooler, fan and manual, a decent package of mounting hardware is also included with the Xilence LiQuRizer LQ120, allowing the cooler to be mounted on Intel’s mainstream sockets from LGA115x to 1700, as well as all AMD mainstream sockets since FM1 – including AM3, AM4 and AM5.

Intel 2011 and 2066 sockets as well as AMD’s TR4 and sTRX4 are also compatible. Whereas I would already say that this is not the actual target group for this cooler. There are a total of eight long screws included, which means you can also attach a second fan to the Xilence LiQuRizer LQ120 for a push-pull configuration. A small tube of thermal paste is also included – so this is not pre-applied.

The design of the Xilence LiQuRizer LQ120 is dominated by the red fan that is included. This one stands out a lot and even though it’s not illuminated, it doesn’t really fit visually into any color scheme of a computer unless you go for a Xilence full fan setup. That being said, the radiator looks quite decent and the hoses are kept in a typical black.

The pump unit is also kept in black, making it much easier to integrate into the look of a computer. In addition, the logo on the pump unit glows white when turned on. Thus, you have some light without the illumination being too intrusive.

Depending on which part of the Xilence LiQuRizer LQ120 you look at, the processing should be considered differently. The fan is kept very cheap and apart from rubber pads on the bottom, it corresponds to the cheap entry-level in terms of workmanship. The backplate, which is included, also doesn’t look very high-quality and is kept quite thin.

The mounting frame, which is attached to the pump unit, is a bit more robust, but still very simple. The workmanship looks better when it comes to the radiator and the hoses. For the radiator corresponds to the quality of workmanship known from much more expensive coolers and on the side there are noble-looking elements in a black look of brushed aluminum – which, however, are only glued on.

The hoses are neatly made and are not exposed thanks to sleeving. The pump unit sits in a plastic housing, but it looks quite neat. When shaking the radiator, it is clearly noticeable that there is some air in the system.

The installation is not witchcraft, but also not the best solution I have seen so far. Unlike most coolers, the Xilence LiQuRizer LQ120 does not rely on the existing AM4 backplate for AM4, but instead requires the included one. Here, screws are pushed through from behind and the backplate is placed with the insulating supports towards the motherboard from behind.

A washer is then placed on the screw from the front and then long spacers are screwed on the entire length of the screws until the backplate is seated. Here you have to make sure that the hexagonal screw heads are properly seated in the back of the backplate and do not sit on the raised frame of the backplate.

The correct frame is attached to the pump unit via a bayonet fitting. Now that the thermal paste has been applied to the processor and the protective film has been removed from the contact surface, the pump unit is put on and tightened with knurled nuts on the screws. For the last bit, you can use a screwdriver to increase the contact pressure a bit. Just be careful, don’t overdo it. 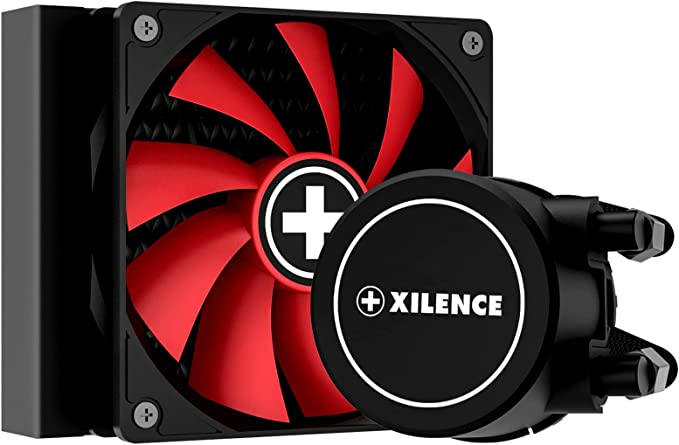 Since the Xilence LiQuRizer LQ120 comes with long fan screws for two fans, I also wanted to perform the same with a second fan. Here I opted for another relatively inexpensive fan with a similar speed range around 1500 RPM, a be quiet! Pure Wings 2 (available for € 9.99 ). The included fan of the LQ120 could not be found separately with this model name.

Those who expect more performance from water coolers than from air coolers will be disappointed, at least in this case. Realistically, though, that’s not really necessary, because here you get the performance of a mid-range air cooler for the price range of a mid-range air cooler. And that as a water cooler, which definitely brings its advantages. Because while you can’t extract a higher cooling performance, you at least have the free space around the processor, which makes it easier to get to the RAM or various connected cables, for example.

You are also more flexible when it comes to the case, because smaller cases often offer the possibility to install a small water cooler rather than a large air cooler. And at least the Xilence LiQuRizer review shows that there are no real sacrifices to be made in terms of performance compared to similarly priced air coolers – and most larger water coolers get noticeably louder. The device can be purchased on the amazon store.