XIAOMI REDMI A1 PLUS Specifications & Price in Nigeria

Xiaomi Redmi A1 Plus is the step-up version to the standard Redmi A1 smartphone that was fully announced earlier. The device has a quad-core CPU, but come with a fingerprint scanner on the rear. The Redmi A1 Plus sports a 6.52-inches screen, with 720 x 1600 pixels. 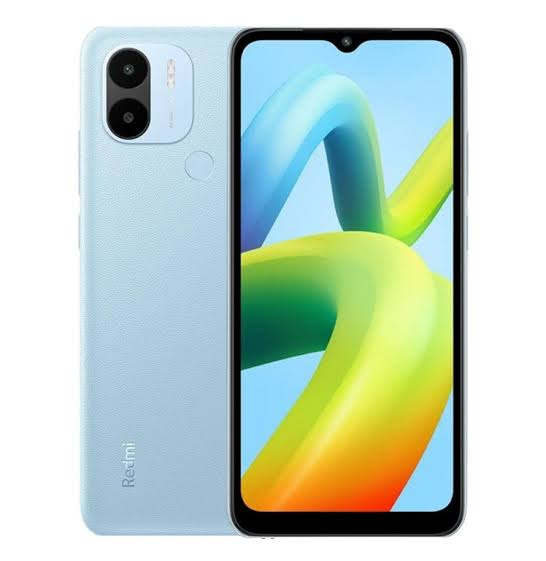 Xiaomi Redmi A1 Plus Key Features

Xiaomi announced the launch of the Redmi A1 Plus smartphone in 2022. The manufacturer is offering the Xiaomi Redmi A1 Plus phone with 6.52 inches display, Mediatek MT6761 chipset, 2 GB of RAM and 32 GB of internal memory storage.

The Xiaomi Redmi A1 Plus comes with Android OS v12.0 Go Edition out of the box, and a Li-Ion 5000 mAh, non-removable battery.

The size of Redmi A1 Plus screen is measured diagonally, from corner to corner. The 6.52 inches IPS display of Xiaomi Redmi A1 Plus with 720 x 1600 px resolution is multitouch capable.

It is used to store mobile phones system files, pictures, movies and it will not lose data or lose documents when there is power outage. The larger the rom, the more data is stored.

On the performance side, Xiaomi Redmi A1 Plus comes with Android OS v12.0 Go Edition out of the box, but it is upgradable to the next OS.

The camera of the Redmi A1 Plus is equipped with autofocus. An autofocus (or AF) optical system uses a sensor, a control system and a motor to focus on an automatically or manually selected point or area. Very few top Android cameras come without having autofocus.

The accelerometer is a sensor that measures the tilting motion and orientation of the phone. phone has a fingerprint scanner. This sensor identifies and authenticates the fingerprints of an individual in order to grant or deny access to a smartphone. This phones comes with proximity sensor. This top proximity sensor detects how close the phone is to an outside object.

The mobile device comes out of the box with a Li-Ion 5000 mAh, non-removable battery which gives the smartphone a good battery backup.

The Li-ion is a low maintenance battery which offers high energy, is fully lightweight.

Xiaomi Redmi A1 Plus Price in Nigeria

The mobile device is on sale in Nigeria for the price of 120EUR.

Xiaomi Redmi A1 Plus Full Specifications