Will We Bid Adieu To Google Hangouts in Nigeria Too?

Is Hangouts coming to an end?

Google announced in 2018 that Hangouts would eventually be shut down. After several delays, Workspace customers (the paid business version of Google apps) finally had Hangouts removed in March 2022, but regular consumers can still switch between Google Chat and Hangouts. 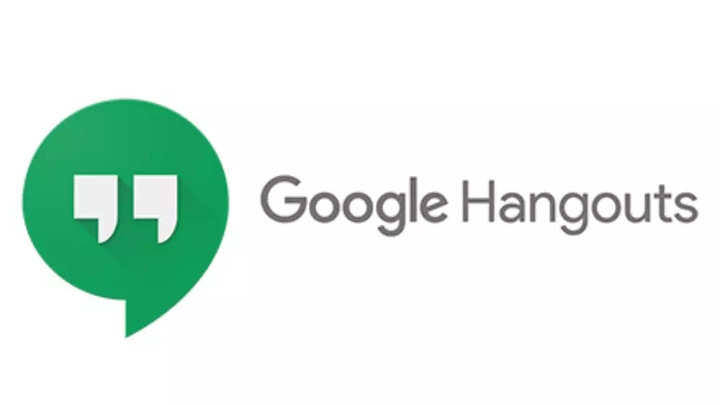 What is the future of Google Hangouts?

The new Chat messaging app is available in Gmail and as a standalone app in iOS and Android. In October, Google said that it would start migrating everyone from Hangouts to Chat in the first half of 2021, and would automatically migrate Hangouts conversations, contacts and saved history.

Is Google Hangouts going away 2022?

Access to Hangouts on the web will be available until November 1, 2022. After that time, users will be redirected to Chat on the web. Users can continue to use Google Takeout to download their data until January 1, 2023 (PST, GMT-7).

What app is replacing Hangouts?

The once popular Microsoft Internet Explorer was laid to rest on 20th June, 2022. Although some functions may still be available, but most of its features will be out of support for many Windows 11 devices.

As people were reminiscing about their internet explorer days, Google announced that Google Hangouts will be shutting down as of November 2022. In an announcement posted to its blog, Google says people who still use the Hangouts mobile app will see a prompt to move to Chat.

Google chat was launched In October 2020, when the world was grappling with the Covid-19 pandemic and adapting to remote work. Since then, people could choose between continuing to use Hangouts or upgrading to Google Chat, which is available as its own app, or within Gmail.

This migration from Hangouts to Chat was done so that individuals and companies can take advantage of its modern features and integration with other Workspace products.

Google, in a statement yesterday, 27th June 2022, said that they’ve continued to invest in Chat to help people better collaborate and express themselves, and now they are taking the steps to help remaining Hangouts users move to Chat.

If you’re an ardent Hangouts user, here’s everything you need to know about switching from Google Hangouts to Google Chat.

A Seamless Way To Collaborate

Moving to Google Chat opens up new and better ways to connect and collaborate. For example, users can edit Docs, Slides or Sheets with side-by-side editing, making it easier to collaborate while continuing the conversation.

Google Chat also includes Spaces, a dedicated place for topic-based collaboration. Groups and teams can share ideas, work on documents, and manage files and tasks, all from a single location. And, the new integrated view in Gmail makes it easier to use Chat alongside your Gmail inbox, Spaces, and Meet.

A Better Way To Express Yourself

As per Google, switching to Chat also makes expressing yourself more fun. It comes with a whole host of emojis (with skin-tone selections), rich text editing to emphasize certain text, @mentions to notify someone in the group, and even an integrated GIF picker.

The Process Of Migration

Despite all these upgrades, some people will still cling on to Hangouts. And Google knows it. For these individuals Google says that Hangouts on the web will continue to be available until later this year. Users will see an in-product notice at least a month before Hangouts on the web starts redirecting to Chat on the web.

For most people, conversations will be automatically migrated from Hangouts to Chat. So, one need not worry about losing chat history or information. However, it would be best if users could keep a copy of their Hangouts data. This can be done using Google Takeout to download data that is no longer available on Hangouts.

The Future Of Chat

According to Google, Chat offers a modern and integrated experience in Google Workspace. The conglomerate sees a huge scope for Chat in the future and will keep adding new features to it such as direct calling, in-line threading in Spaces and the ability to share and view multiple images. With the help of its user base, Google hopes to make Chat a powerful place to create and collaborate.

Why are they deleting Hangouts?

After nearly a decade, Google Hangouts will be no more in November. Google Hangouts is officially shutting down in November. The search giant is prompting people still using Hangouts to migrate over to Chat as part of its plan to retire the aging messaging platform, the company said in a blog post Monday.

When did Google Hangouts end?

In April 2021, Google Chat indeed became free as an “Early Access” service, for users who choose to use it instead of Hangouts. On June 27, 2022, Google officially announced they will be shutting down Google Hangouts in November 2022 and migrating all users to Google Chat.