Why Is Energy Storage Important in Nigeria?

The storage of energy is quite important because of the benefits it provides. it has been 25 years of hurdles and successes, joy and lovely memories, losses and gains and all that stuff that comes with living life on earth.

It has been 25 years of watching and living in a country called Nigeria. Believe me when i tell you that there are about certain things that go on in my country Nigeria that you can say are highly inhumane to say the least.

i feel like a foreigner in my own country, no where is safe to start with and everyone lives life like a merry go round without thinking about the fact that we do not even see the next man sitting beside us at the bank or on the road as a brother of the same nation.

Instead its deaths and oppression of the highest order leaving us to question where the morals and core values of transparency, honesty,straightforwardness and love taught to us while we were young had gone to.

What should come first is the value of human life, love, honesty, peace and unity with togetherness and one goal which is to make us proud of this great country called Nigeria. if that makes sense.

i mean i can’t really say one thing that makes me proud to be a Patriotic Nigerian as it is so sad to understand why our dear president does not have the youths of the nation at the core interest of his heart, this is not fair in any way as we love our president yet he doesn’t show us that he has the prosperity of the nation as his mission.

Nigeria’s primary energy consumption was about 108 Mtoe in 2011. Most of the energy comes from traditional biomass and waste, which account for 83% of total primary production. The rest is from fossil fuels (16%) and hydropower (1%).

Nigeria has oil reserves of about 35 billion barrels (5.6×109 m3) and gas reserves of about 5  trillion cubic meters, ranking 10th and 9th in the world, respectively. Global production in 2009 reached 29 billion barrels (4.6×109 m3) of oil and 3 trillion cubic meters of natural gas and i am sure it has exceeded these stats, and still there is no lasting effect of projects done for the people who are the taxpayers. Are there no more worthy Men of valor in Africa with Nigeria being the elder brother to lead the way forward? it beats my imagination.

Can you imagine that Nigeria is a member of the Organisation of the petroleum Exporting Countries. Also in 2019 Nigeria is not among the top ten crude oil producers, but it was the fifth oil exporter in the world. 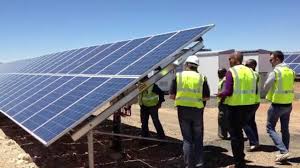 The storage of energy will play a fundamental role in the transformation of the global electricity industry in the coming decades. The technological advances of the last 25 years have increased the attractiveness and viability of storage, making it a pivotal tool to supply the electricity in a cleaner, more reliable and efficient way.

The electrical industry was born and grew under the premise that electricity is generated, transmitted and distributed to the consumer, without it being necessary to store it. Today, in order to reliably supply users, plants must produce the right amount of electricity at a precise moment, even if this means turning on expensive generating and polluting power plants during demand peaks.

Advances in this area are not as well known, but they will be decisive in making the most of the benefits of clean energy. As the storage capacity of the electrical system increases, i will explain four fundamental transformations.

1.  Energy Security Will Be Strengthened: The proliferation of storage projects will diversify the supply points and minimize the bottlenecks of the electrical system. In this way, we will be less vulnerable to the impact of meteorological phenomena, attacks on critical infrastructure and supply interruptions of a geopolitical nature.

2.  The Operation Of The Electrical System Will Be More Efficient: In addition to taking the pressure off the generating plants, storage technologies bring multiple benefits to the electricity grid. For example, they start with great agility before any eventuality, offer backup power, help stabilize the frequency and voltage of the system, contribute to reducing energy losses, and decongest and lengthen the useful life of transmission and distribution networks.

3.  The Generation Of Energy Will Be Democratized : In both urban and rural environments, it is increasingly common to observe solar roofs in homes and small businesses that generate their own electricity. These users can complement their photovoltaic panels with storage equipment, which allows them to save and sell their surplus electricity back to the network. This multidirectional model will empower users as producers and consumers at the same time, will provide them with greater autonomy, and will facilitate the consumption of electricity in remote and difficult-to-access locations.

4.  The Deployment Of Wind And Solar Energy Will Be Accelerated :For decades, skeptics of this type of energies have criticized its intermittent nature; that is, they only generate electricity when the wind blows, or the sun shines, and not necessarily during the periods of highest demand. Storage solves this problem since it will be possible to store renewable energy and consume it at any time of the day. In this way, an old prejudice has been brought down as we move towards a cleaner energy system with less environmental impact.

If we know the energy that is used daily, it is possible to size the battery to store enough energy during the autonomy time that we want our system to have without the need for solar input.

In this way, we dimension the battery in the first place taking into account the energy consumed daily, the days of autonomy that we want to have and the depth of discharge.

In this way, making an approximation, if we have a system of 400 W of daily consumption, and we intend to have autonomy of 2 days, we must choose a battery with real accumulation capacity of 800 W. This is that the ability of the battery is 800 W, taking into account the percentage of battery discharge.

The choice of one type or another of the battery can be made depending on whether the use is daily or the power of the installation. In this case, the power of the system is low so that the monoblock would be the most appropriate

WE HAVE GOT A PROBLEM THAT NEEDS A SOLUTION QUICKLY

Because of Nigeria’s role as a regional power, leading oil exporter, and major contributor of troops to United Nations peacekeeping missions, foreign governments – including the United states and the United kingdom—have been reluctant to publicly criticize Nigeria’s human rights record.

In 2010 the UK increased funding to £140  million in aid to Nigeria, including security sector aid, without demanding accountability for Nigerian officials and members of the security forces implicated in corrupt practices and serious human rights abuses.

WHAT WE NEED TO KNOW ABOUT RENEWABLE ENERGY

Renewable energy penetration in Nigeria is still in its nascent stage, the only source of renewable energy in the country is hydro-power and biomass; wind and solar energy have only been deployed in a minuscule amount.

With energy policies and initiatives developing, wind and solar energy generation projects are gradually being planned throughout the country. Developments in solar and wind energy are gradually increasing with the discovering of their high potentials and benefits for Nigeria’s environment and society.

THE USEFULNESS OF SOLAR ENERGY

Solar thermal energy has been utilized for decades in processes for cooking, food preservation, and agriculture. In 2016, President Buhari inaugurated the country’s first solar power plant in Ibadan.
As of December 2017, Nigeria’s federal government has invested $20 million on solar projects throughout the country.

Nigeria’s climate, resources, and economic and societal conditions make solar energy a suitable alternative energy source. The Northern part of Nigeria has the highest potential for solar. The North has an average solar insolation of 2200 kWh/m^2, while the southern part has 1800 kWh/m^2.

In addition to adequate power outputs, solar energy would aid the country in reducing carbon emissions from fossil-fueled energy generation. Furthermore, solar power would provide a reliable and stable source of energy in both urban and other locations and could alleviate the resources-conflict associated with oil.

You can also check out for some top solar companies on here at nigeriantech.com.ng it will be worth your time.