What You Need To Know About New York

New York City is arguably the most famous city in the world. It is also the largest city in the United States, with a population of roughly 8.8 million. It has the nation’s largest economy, generating a gross metropolitan product (GMP) of almost $1.7 trillion in 2022.

According to the World Bank, that’s equivalent to the entire nation of Canada! As a result, jobs and opportunities abound in New York, but the city also has an amazing quality of life with some of the nation’s best museums and entertainment opportunities. 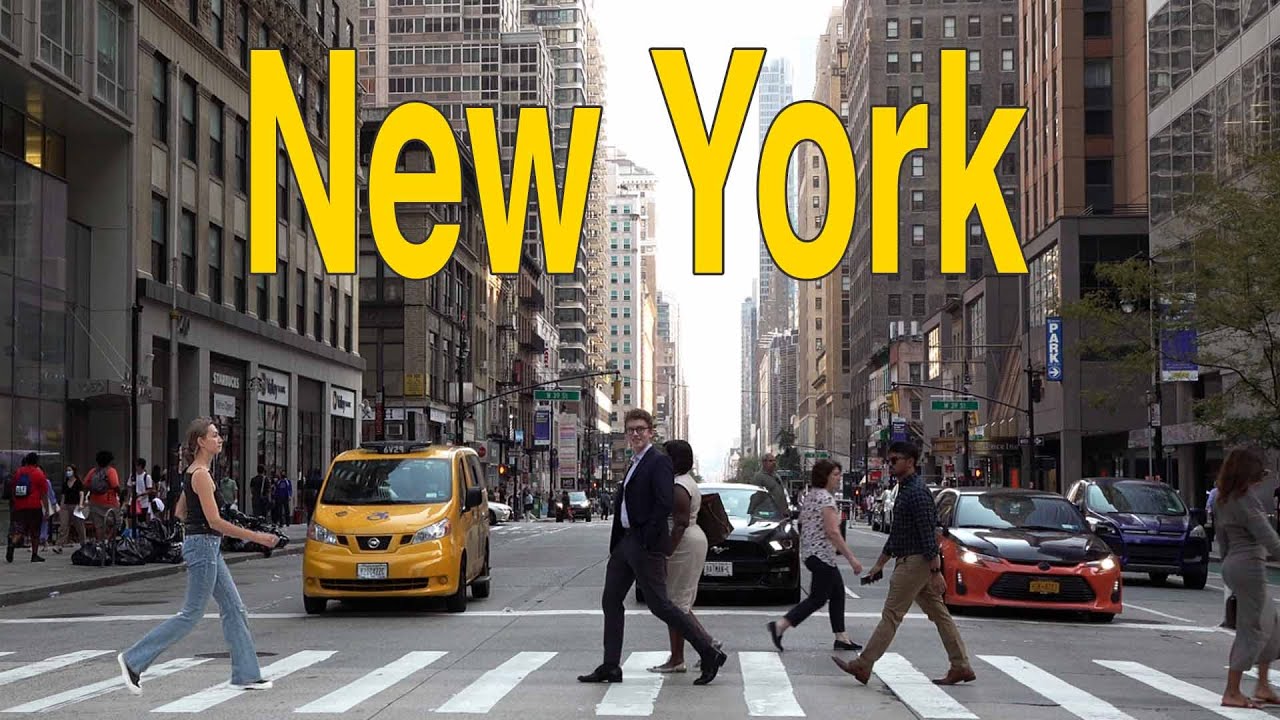 We’ve compiled a guide to moving to New York City covering everything from where to live to what to expect, what jobs are available and how to get around the city. Here’s what you need to know about moving to The Big Apple.

What is it like living in New York City?

New York City is unlike any other city in the United States. Life here is fast-paced with endless possibilities. You’ll always find something to do, from attending concerts and theater to enjoying some of the nation’s best restaurants and bars. Despite how urban it is, the city also has 28,000 acres of green space, including Central Park. You can walk or bicycle in the parks, kayak on the Hudson River and even ice skate without leaving the city.

The city is also incredibly diverse. People from all over the world move to NYC for new opportunities. You’ll hear approximately 800 different languages spoken in its streets and find restaurants and grocery stores representing all the major cuisines in the world.

Who is moving to New York City?

We typically think of young dreamer who wants to make it big in the arts, on Broadway or on Wall Street as the most common type of person who moves to New York City, but that’s only a fraction of the people who decide to relocate to the Big Apple. Roughly 40 percent of all people who live in New York (3.3 million) are foreign-born immigrants, according to the city’s Comptroller’s Office.

Plenty of Americans move to New York, too. In its migration report, Apartment List found that the highest percentage of people moving to the city are those from Philadelphia, Miami and Washington D.C. Although the report doesn’t indicate why they are moving, one reason could be for their job. Companies like Sony, Pfizer, Deutsche Bank Americas Holding, Verizon, MetLife and Twenty-First Century Fox rank among the largest employers in the city.

What is NYC’s cost of living?

Numbeo estimates it will cost a family of four $5,035.72 per month to meet its expenses before rent. A single person will need $1,371.06 per month, not including rent. How does that compare to other expensive cities? According to Numbeo, living in New York is 27 percent more expensive than living in Los Angeles before rent. New York is also the only U.S. city to make MSN’s 2021 list of most expensive cities globally, including Singapore, London, Beijing, and Geneva.

What jobs are available in New York City?

Since its beginnings, New York City has been the nation’s financial and business epicenter. You’ll find financial jobs on Wall Street and beyond at companies like Morgan Stanley, Citigroup, JP Morgan Chase Co., Moody’s, American Express, MetLife and Deutsche Bank. The Bank of China is the second-largest company in the city, employing more than 300,000 people.

Media and entertainment are equally big industries. The city is home to Broadway and off-Broadway theaters as well as the Lincoln Center, the Apollo Theater and Madison Square Garden. But New York is also where you’ll find company headquarters for NBCUniversal, Sony Corporation of America, Warner Media, Hearst, Conde Nates, HBO and CBS.

Unfortunately, you won’t be the only one looking for jobs at these companies and the likes of Pfizer, Verizon, Heineken, JetBlue Airways, Loews and Texaco. New York City is one of the most competitive job markets in the nation. This is reflected in its 6.6 percent unemployment rate, significantly higher than the national unemployment rate of 3.9 percent.

If you are moving to New York to break into a competitive industry like theater, save up enough to cover your expenses for three to six months, at least.

What salary can you expect in New York City?

What is the real estate market like in New York City?

Because it costs so much to buy a home in New York City, many people rent instead. According to ApartmentList.com, the average rent for a studio apartment in NYC is $3,237. A 1-bedroom apartment goes for $3,805, while a 2-bedroom goes for $5,748. In addition, you’ll need a broker to rent an apartment, and brokers typically charge 10 to 15 percent of the annual rent for your apartment. Even so, competition for apartments in the city is fierce.

There are ways to alleviate high rental costs. First, search for an apartment during the off-seasons of fall and winter, when there may be fewer available apartments, but rent prices are lower. Or you can share the cost of a rental with roommates. Another option is to shop in a different neighborhood. You’ll pay much more for an apartment in Manhattan than in the Bronx, for example.

Where should you live in NYC?

New York City is divided into five boroughs: Manhattan, Brooklyn, Queens, Bronx and Staten Island. Each has its own personality, and within each borough, different neighborhoods will also stand out. Here’s an overview of what to expect.

Manhattan: Densely populated and lined with skyscrapers, Manhattan is home to Wall Street, the United Nations and the headquarters of many multinational and national corporations. Considering this, it’s no surprise that rent here is expensive. Some parts of Manhattan are more reasonable than others, so check out the Lower East Side or trendy East Village if you have your heart set on living here.

Brooklyn: The most populous of the boroughs, Brooklyn is nicknamed the “Borough of Homes and Churches.” It was originally its own city, it has its own art scene, and it is where you’ll find Coney Island, one of the oldest amusement parks in the nation.

Queens: In terms of surface area, Queens is the largest. It’s also the most ethnically diverse and, despite its name, is decidedly middle class. Queens is the home of the city’s two international airports, John F. Kennedy International Airport and La Guardia Airport.

Bronx: The Bronx is probably the most affordable of all the boroughs. It’s known for Yankee Stadium, Bronx Zoo, New York Botanical Garden and is the birthplace of hip-hop. It’s also home to beautiful historic buildings and homes. Planning to work in Manhattan? Brace yourself for a long commute.

Staten Island: This borough is more suburban than the others and boasts a little more breathing room. It is the least populated of the boroughs but has the third-largest land area. If you decide to move here, though, you’ll have to rely on the Staten Island Ferry since the subway does not operate on the island.

Do you need a car in NYC?

No, you don’t need a car to live in New York City. You may be better off without one. Traffic is notoriously bad in NYC, and gas is more expensive. According to Gasbuddy, the average price for a gallon of regular unleaded gas in New York City is $3.75 per gallon. This is higher than the national average, which is $3.53 (when this article was written).

But gas prices shouldn’t be your only concern. According to Bankrate, the city has some of the highest car insurance rates in the country, with full coverage averaging $2,321. On top of that, you’ll pay for parking. SpotHero estimates NYC residents pay an average of $570 per month in parking expenses. You may pay much more ($700 per month for valet parking on Broadway) or less ($188 per month in Brooklyn).

Instead of driving, many New Yorkers rely on public transportation. The city’s subway operates 24 hours a day, supplemented by a public bus system, commuter rail network and the Staten Island Ferry. Plus, the cost of riding public transportation is reasonable. Individual subway rides cost $2.75 per ride, but you can purchase a 30-day unlimited ride pass for $127. Rides on the Staten Island Ferry are free.

When weather permits, some New Yorkers bike their way through the city. Of course, walking is always a good way to get around, t00. You can also take taxis and rideshares.

There’s always something to do. The city has a full calendar of special events, from the Tribeca Film Festival and the Westminster Kennel Club Dog Show to New York Fashion Week and holiday celebrations late in the year. Don’t miss NYC Restaurant Week or Theater Week if you want to enjoy the city’s best on a budget.