Ulefone is the Chinese company that has revolutionized the universe of IP68 smartphones by offering its models within the Armor range. Ulefone has once again enhanced one of the best rugged phones around. With the new Ulefone Armor 7 8GB/128GB you can have the best adventures. You will also be able to use it while you work. Featuring a variety of sensors, this phone is quite amazing.It’s one of the most durable phones on the planet with shock, water, and dust resistance. But it also offers an attractive specs sheet with a large screen and battery, a triple-camera on the back, and a capable MediaTek chip. Who doesn’t love a rugged device? 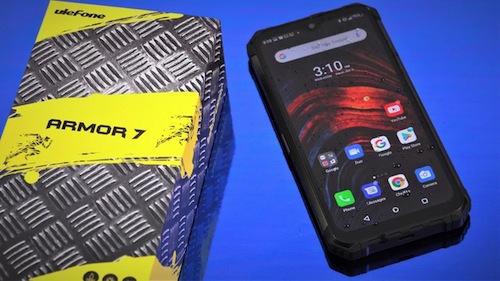 Tough on the outside but intelligent within, the Armor 7 is as much suited to hard labour and extreme pursuits as it is gentler everyday tasks. For those who require a rugged phone it is waterproof, drop-proof, shockproof and dust proof, tough enough to handle whatever is thrown at it. The Ulefone Armor 7 is a rock-solid smartphone with a thick metal frame on its longer sides and chunky rubber casings on the shorter ones. Those are essential for its shock endurance, which in the case of the Armor 7, is rated at 1.2m drop on flat concrete.

This is no dainty design, yet the ulefone Armor 7 is strangely appealing with its rough and rugged good looks. Tough phones and slim bezels simply don’t mix, but Ulefone has taken steps to at least make it feel as though it’s not something you’d find in the late-20th century. The new Ulefone Armor 7 8GB/128GB is a revolutionary and amazing phone within the Armor range. This phone has a high quality 6.3″ display, developed so that you can use it in all situations thanks to Corning Gorilla Glass 5. Its screen has a noticeably smaller frame and it’s more elegant. The back is made of special flexible plastic and is screwed to the internal chassis. Then it is covered with another layer of flexible plastic for additional protection against drops and water. Everything is additionally sealed by a special waterproof glue. Still, It’s side features a fingerprint sensor, which allows you to unlock your phone easily. Its body is IP68 certified, making it water and dust resistant. An amazingly rugged phone!!

Now, introducing a phone that features a triple rear camera with a 48MP main sensor, accompanied by a 16MP sensor for taking better pictures in the dark and another 8MP sensor -telephoto sensor-. In its front part we find a 16MP front camera, which allows you to take amazing selfies and unlock your phone with your face. If we focus on the power of this phone, the new model of the Armor range has a Mediatek Helio P90 processor, accompanied by 8GB of RAM and a storage capacity of 128GB, which can be extended via an SD card.The new Ulefone Armor 7 8GB/128GB is developed so you can use it in every way you can think of. It comes with several sensors such as UV sensor, heart rate sensor, compass and pedometer so you can use it as you want in all situations. In addition, it is made with NFC. 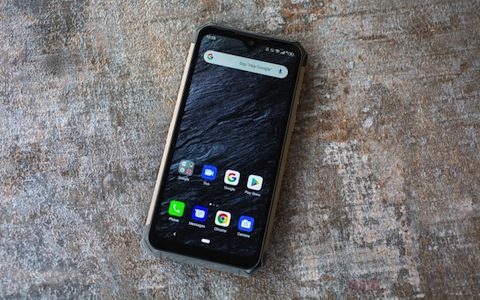 In case you weren’t already aware of its rugged prowess, you’ll find the terms ‘SHOCKPROOF’ and ‘WATERPROOF’ emblazoned on either edge of this classic mobile device. 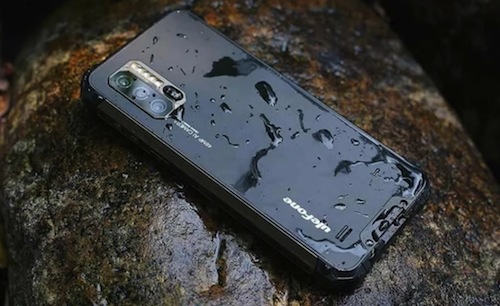 The Ulefone Armor 7 is powered by the MediaTek Helio P90 chip. The SoC was launched at the end of 2018 and is based on the 12nm manufacturing process from TSMC. The P90 packs an octa-core CPU with two large Cortex-A75 cores ticking at 2.2GHz and six smaller, energy-efficient Corext-A55 cores working at 2.0GHz.
There is a (3-core) PowerVR GM 9446 GPU for taking care of graphically intensive tasks.

This perfect handheld device goes on sale in Nigeria for the price of (NGN) 69,000 naira. Although price may differ according to various mobile retail outlets. Regardless, you can purchase this cell phone at any popular e-commerce store close to your region or better still contact the LOCK store if you live in Nigeria.