Technically, the Deco XE200 AXE11000 Whole Home Mesh Wi-Fi 6E System is the upgrade version of the Deco XE75 — TP-Link’s first Wi-Fi 6E mesh that was reviewed earlier this year. But you can also say it’s replacing the Wi-Fi 6 Deco X90. That’s because, on the inside, all Deco sets are essentially the same and only differentiated by their Wi-Fi specs, network ports, and processing power. 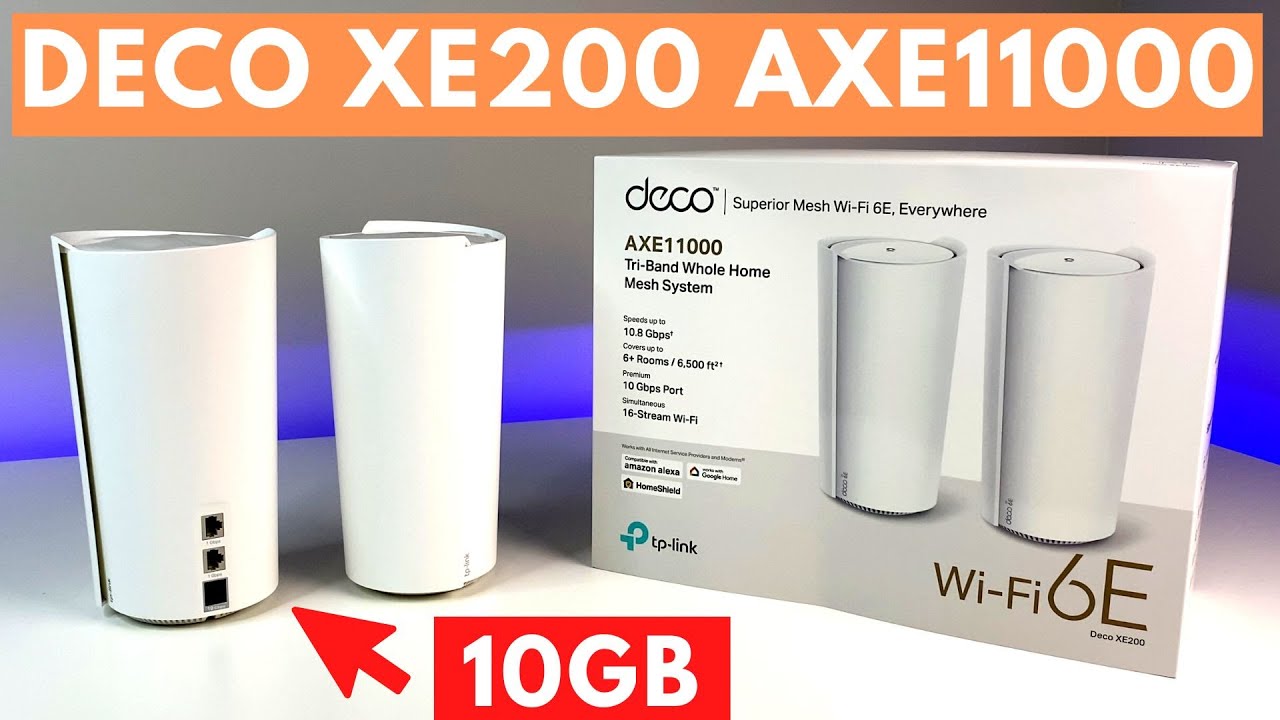 And by that, the XE200 beats them all. It’s the most powerful Deco to date. TP-Link has long been one of the top players in the networking game, but over the last few years it seems to be firing on all cylinders. Between its improvements in smart home support and its huge range of mesh networking systems, TP-Link arguably has a router or mesh system for everyone.

One of the latest of its mesh systems is the new TP-Link Deco XE200, which is built to offer high-end mesh networking for those who don’t mind paying a little extra for premium features. But because of the high-end features, the TP-Link Deco XE200 isn’t cheap — and it lives in a world in which TP-Link’s new Wi-Fi 7 routers have already been announced and will ship soon.

TP-Link offers a relatively uniform design across the different series of routers, and if you’ve seen another TP-Link Deco, you’ll immediately recognize the Deco XE200 as something from the series. That’s not a bad thing though. The Deco look is relatively modern, with a cylindrical white plastic build and ports on the back.

The routers are relatively large. Routers can get decently large, and the Deco XE200 isn’t over-the-top — but you’ll still need to find a good place for it. On the back of the TP-Link Deco XE200, you’ll find three ports, including one 10Gbps port and two 3Gbps ports.

You’ll likely use the 10Gbps port on one of the nodes to connect to your modem, but it’s still nice to have it as an option on other nodes. And, there’s no USB port here. Adding one would have been nice. TP-Link Deco XE200

The TP-Link Deco XE200, at this point in time, is a little overshadowed by TP-Link’s new Wi-Fi 7 routers — but it thankfully still offers a range of modern technologies at a cheaper price than TP-Link’s newest offerings. For starters, the system supports Wi-Fi 6E, meaning that you’ll get that extra 6GHz band.

This particular router has one 2.4GHz band, one 5GHz band, and one 6GHz band. There’s no second 5GHz band for wireless backhaul here, which means that the system uses the 6GHz band as a dedicated backhaul channel.

The system offers excellent coverage too. With only one set up, you’ll get an impressive 3,300 square feet of coverage, which is raised to 6,600 square feet with a second node. That’s more than much of the competition, which often offers between 2,000 and 2,500 square feet of range.

Like other TP-Link systems, the Deco XE200 offers the company’s HomeShield security technology. You’ll get a number of basic security features through HomeShield, however TP-Link’s goal is to upsell you to HomeShield Pro. Most people probably don’t need this, but if you are concerned about your network security, it’s worth considering. At this price, I do wish HomeShield Pro was included for free.

Like many modern routers, the TP-Link Deco XE200 can be managed through the TP-Link Deco app, and you will generally like the app. The app lets you see and manage the devices connected to your network, set up some smart home automations, and more. The app is split into four tabs, including Overview, Smart Actions, HomeShield, and More. 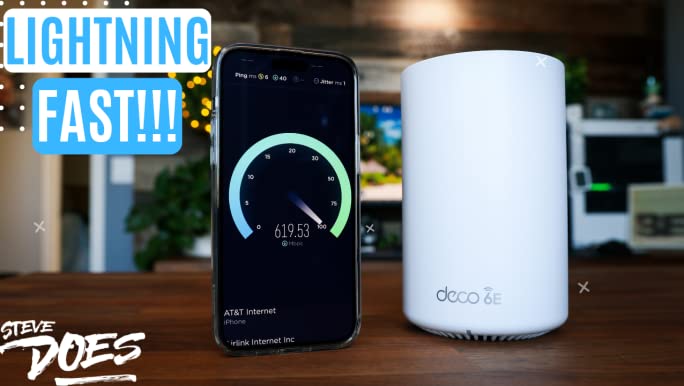 Overview lets you see your Wi-Fi speeds and devices connected to your network, Smart Actions is where you’ll set up automations based on connectivity, HomeShield is where you’ll manage security, and More lets you do things like set a new password, manage guest networks, and so on. It’s all very easy to navigate.

Ultimately, the TP-Link Deco XE200 performs excellently well all the time. The router was able to deliver super-fast speeds, and an excellent range. Many will be able to get by without adding a second node to their setup — as even on a second floor you will be able to get great speeds with only one node set up.

The TP-Link Deco XE200 is an excellent mesh routing system with a range of feature that should ensure the router remains usable for years to come. The fact that it supports Wi-Fi 6E makes it even more future-proof — though if you really want to future-proof your home and can wait a little, it might be worth waiting for a Wi-Fi 7-compatible router.

Much of the competition in the mesh router space comes from TP-Link’s other Deco systems. If you want a Wi-Fi 6E system, then it’s worth going for the XE200 — but if you don’t necessarily need the latest and greatest Wi-Fi standard, we still recommend something else in the Deco series.