Top Electric Cars To own in Nigeria

I love automobiles, i feel over the years they have been human’s source of transportation and comfort.  An automobile/car are designed or made specifically to run on roads, and to contain a seating arrangement for one to six people, and will definitely have four wheels and be prepared with the intention to transport humans rather than goods.

The automotive technology industry is taking us to the future at a more faster pace than anticipated. With more and more automobile manufacturers like Tesla, Hyundai, BMW, and Range rover, branching out to Electric Vehicle, it won’t be wrong to say that now is the dawn and time of modern Electric cars.

Besides aesthetic elements, the modern Electric Vehicles are now packed with electronic features like GPS navigation, Rear View Camera, self-cleaning windows, and braces that keep you from driving without principles.

I am 100% sure and i do not have to explain to you that driving an electric car is definitely going to be an experience. Anyone who knows about cars like this sure knows what is in it for a person who gets a chance to own one. With that being said, i have made a list of the top electric cars that are to be owned by nigerians in the coming years and are going to move our countries quest for quality and luxury at it’s best.

You can also know the cars that will be trending in the coming years pssh, you do not want to miss it. 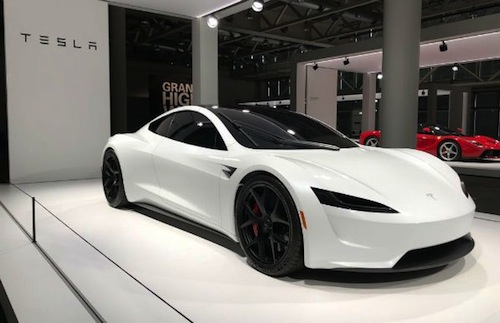 According to Elon Musk he said, “New technology in any field takes a few versions to optimize before reaching the mass market”, and in this case it is competing with 150 years and trillions of dollars spent on gasoline cars.

Tesla model is quite the invention i must say, If you don’t know Elon musk then allow me the privilege to tell you a little about this creative genius. Elon Reeve Musk is a South African-born American entrepreneur and businessman who founded X.com in 1999 (which later became PayPal), SpaceX in 2002 and Tesla Motors in 2003. Musk became a multimillionaire in his late 20s when he sold his start-up company, Zip2, to a division of Compaq Computers.

He is my mentor when it comes to automobiles and i love him. While the most anticipated Electric Vehicle of the year title should surely go to Tesla Model. After some production setbacks and all that hurdle, the Electric car is finally hitting the market like a rocket launched into space one time.

This purely electric vehicle is equipped with a standard battery and can deliver a range of over 220 miles. The car is fitted with a 15-inch screen and semi-autonomous software. Although the Tesla Model  comes with several add ons, it is priced cheaper than other Tesla models. 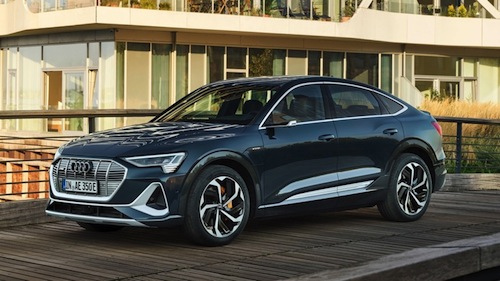 The Audi E-tron is a very conventional Audi model. That is probably the first thing to note about the e-tron. This is an electric car that doesn’t seek to blur boundaries or act radical, but simply persuade regular SUV buyers to make the jump. Audi refers to this as ‘concept clarity’.

With 2019 closing in and rounding up, Audi has gone all-electric with this SUV. This five-seater e-tron EV has the dual-motor-all-wheel-drive handle and Uber sophistication to it. The vehicle comes with Alexa compatibility and Bang & Olufsen sound system.

I tell you this a car of this magnitude should get you all pumped up, The e-tron has five seats as i said earlier (there’s no seven seat option – at this stage at least), and has a large 605-litre boot. The Key equipment includes adaptive air suspension, LED headlights, 360 degree cameras, keyless and charging points on both sides of the vehicle while options include a world-first: this production car is available with side cameras instead of mirrors. Pretty awesome don’t you think.

Audi e-tron has a battery capacity of 95-kWh, and it is said to be the first EV model in the U.S to use 150-kW CCS-format DC fast chargers.

As the manufacturers of the audi, e-tron will compete with top brands like Jaguar I-Pace and Tesla Model X.  And they also claim that the vehicle offer more range with half an hour of fast charging.

The range is speculated to be 160 miles, which are higher than both the cars put together.

Classy and elegance speaks volume in most cases in life, With the turbocharged engine under the hood, the hyundai kona delivered 32 mpg in our 200-mile highway fuel-economy test; i managed to spot out 33 mpg with the base four-cylinder.

Refined interior, supportive front seats, standard Apple CarPlay and Android Auto. Also the hyundai kona has a Tight back-seat space, limited cargo room well most people might not like it.

Since the hyundai kona launch in the United States, the Electric car model of Hyundai Kona is an absolute hit. This compact crossover is practical to drive and comes with a price tag of $36,450, (NGN) 13,122,000 making it one of the most competitive cars in the world.

The base front-wheel-drive Hyundai Kona returns an EPA-estimated 27 mpg in the city and 33 mpg on the highway, which is a little above average for the class. The turbocharged engine gets nearly the same estimates: 28/32 mpg city/highway.

The front-wheel-drive Kona’s ride strikes a nice balance between sporty and soft. Its suspension is flexible, absorbing common blemishes in the road.

Harsher road imperfections like potholes tend to jostle passengers. With its tight turning radius and small stature, the Kona is fun to drive and maintains its composure around corners.

Features such as hill descent control, a locking rear differential, and all-wheel drive make it a good vehicle for tackling dirt roads.

The NISSAN LEAF PLUS has all the technical add-ons and electrifying makeover, you should know that Nissan Leaf is being categorized with Tesla Model 3 and Chevy Bolt. This Electric car can deliver 226 miles of range on a single charge. Puff do not say a word.

Compared to its previous horsepower of 147 hp, it has now 214 horsepower; thus, can offer a better highway speed acceleration. As it has amazingly loyal and satisfied customers. They love the tiny running costs, convenience of home charging, silence, and simple practicality. And they liked that at the top and bottom it is just a car – five seats, good boot, easy to drive, affordable to buy.

Cars are great, if you have ever driven one you’ll figure out that its smooth sailing and you’ve got a relaxed phase of moving on motion of course without keeping tabs on the things around you. Now considering the option of being dependent on oil and all that stuffs, i do think the electric vehicle is a step in the right direction. And no one i repeat no one can take it away from us.

I hope you enjoyed reading up on the top cars to own both in Nigeria and Africa at large.