Things to Look Out For When Purchasing a Power Bank

Anyone in Nigeria and everyone in Africa who makes use of a smartphone knows the importance of carrying a backup battery pack portable charger.

But given the large number of options on Amazon, Ebay, jumia and various E- commerce retail platforms, you might feel overwhelmed, and that is totally understandable.

Besides the various charging specifications, ports, and even cables you have to consider, there are a ton of competing brands. But how do you know which ones actually deliver on their promises and assurances?

Is it worth saving a few bucks if a battery pack’s performance is lacking?

Portable battery chargers, better known as Power Banks have become some great utility for smartphone users as it not only helps to keep your devices charged up while on-the-go, But also because they come in handy and portable, and they have got the ability to charge your smartphone and tablet multiple times depending on capacity anytime and anywhere.

I made out the time to write this article, and i did the moon work to make this information about the things you should look out for before purchasing a power bank.

Keep reading as you will find that after reading this article you will recommend it to your friends to consider checking out too before taking a decision on what power banks to buy. 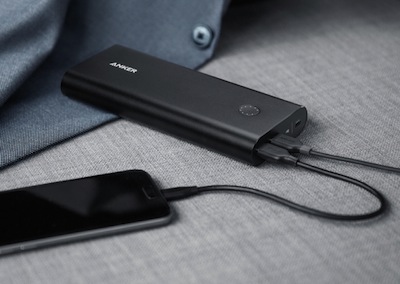 THE CAPACITY OF THE POWER BANK

The Capacity of a power bank is the primary basic feature of a portable battery charger, indicating how much electrical energy it can retain within itself and can utilize the same energy while re-charging your mobile devices.

The unit for measuring the electrical energy capacity of a portable battery is mAh. With that being said you might have come across figures 10400 mAh, 5200mAh, 2600mAh and the likes.

What you need to know is that they happen to be multiple of 2600 mAh because the base of a Li-ion battery cell is 2600 mAh.

Yet, it is a very huge mistake as those who say this things more often than not forget that with capacity, the physical size of the portable charger also gets increased and so does the price. Gotcha!!!

WHAT TO LOOK OUT FOR IN A POWER BANK

Let’s be realistic here, Regardless of the fact that you go to the offline store close to you, or you go on amazon or jumia online store to purchase your power bank.

You do know that you never truly know if you’re getting what you paid for with a battery pack portable charger/ power bank. I made out a few tips on what you can look out for they are:

The Li-ion and Li-poly are nothing more but two variation of the battery cells which are popularly used to constitute the best power banks there is in the world.

Most of the battery packs go for the Li-ion as they are cheaper but portable chargers being constituted with Li-ion tends to become much bulkier in comparison to the Li-Poly on my own i really don’t know why that is.

Not only Li-poly, being of huge quality, it can provide the provision to the manufacturers to manipulate the size and shape of the power banks.

They are safer in terms of usage as well top form. A Li-Po Battery can also retain its charge much, much, much, longer. 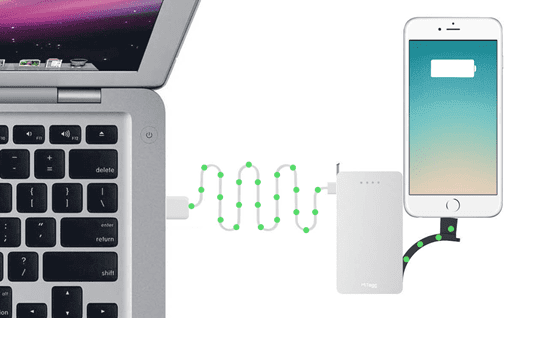 The very feature you might be seeking to make sure it is supported by your intended power bank is pass through charging. At this point you may be thinking, i don’t even know what that is.

It is quite simple, any power bank with pass through charging feature would be able to power up itself (self-charge) and at the same time it will be re-charging your smartphone.

usually, this feature is supposed to be present in every power bank battery pack as it seems really important, but guess what, most power banks miss this all important feature. One power bank that offers this time saving feature is the Huawei 13000 mAh power bank. what a loss to other brands sigh.

The Input and output ratings simply imply how fast your power bank and the devices gets charged. Typically, they come with a figure of 5V at 2.1 A and 5V at 1 A. Obviously, 2.1 A rating would make the device charge faster.

HEHE, the number of usb-ports on a Power Bank plays the most vital role if you are going to have a need to charge multiple devices simultaneously.

Typically, most of the portable chargers below 10000 mAh capacity (smaller capacity) does not come up with multiple output port option. The reason is obvious; they are simply not large enough to charge up more than one device at a time.

So By the new modern time, it is important to know that the number of output ports of a power bank affect output current when charging multiple devices at the same time.

To get more clear explanation about this, before picking one battery pack, especially if fast charging is a priority to you, decide to know how many usb ports there is so you can re-charge your devices at the same time if you’ve got more than two.

Listed below is the best power banks there is, if you are intending to purchase any.

Xiaomi 10,000mAh Mi Power Bank: This is the Most portable power bank there is.

Mophie Power station XXL: This is Best of all and overall of all power banks in the world so if you want the best then the mophie power station xxl is the best for the best.