Things to Consider While Hiring React Native Developers In Nigeria

A key aspect of becoming a React Native developer is having strong JavaScript skills. This is because these software developers use JavaScript to write the code for React Native applications, which allows for the development process to be straightforward and quick. 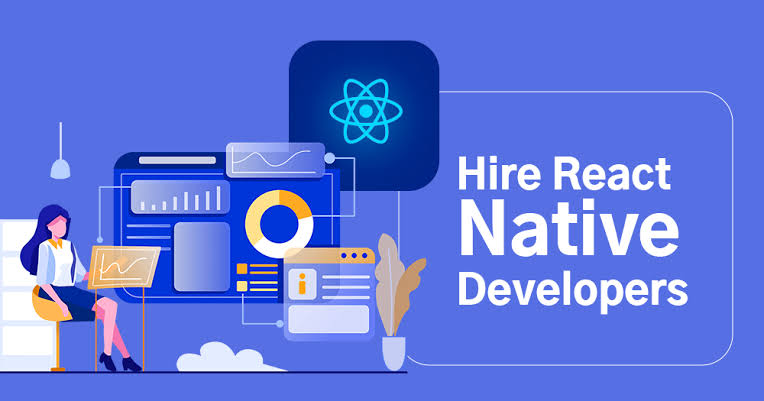 In the past few years, android and iOS applications are winning the game. The development and advancement of technology are increasing. To fulfil the demand in the market, several companies are trying to hire the best developers.

The process sounds so easy, but there are still some questions worth asking before the final step. However, companies have to go through a pool of resumes to finalize that one person who can handle their dream projects efficiently. Choosing and hiring react native developers includes multiple questions that came into the recruiter’s mind.

So, concerning the skill sets is important. This is why try to ask the relevant questions to identify candidates’ potential and experience. Without doing the investigation process, you might end up with someone who is not suitable for this job.

Having the idea of its importance, we have compiled a list of a few questions which will help you throughout the hiring procedure. Give it a read:

What are the soft skills?
How much experience is a developer?
Which technical skills do they possess?
What are the successful projects they have worked on?

Are they being capable of writing clean codes?

It is important for mobile applications to run flawlessly. The basic of development is the ability to write understanding, clean and readable codes. Experienced react-native developers are able to do this without having any problem. In addition, they know which different categories of code will be beneficial together.

However, if a developer ends up writing unreliable and inconsistent code, there are chances of paying a huge amount for the mistakes. Also, a few of the tests are there to analyze the skill of a developer related to react native-based platforms. In some cases, training is provided too.

Are developers familiar with Android and iOS Portals?

Although the react-native framework allows a single codebase for Android and iOS both, a developer who has expertise over both platforms can handle different issues. But the criteria of hiring a developer is to make sure that they have skills related to numerous portals. This makes it easy to continue with the challenging task of development.

How strong JavaScript concepts do they have?

It is one of the crucial factors. Being a developer, it is their responsibility to have practical skills in the JavaScript domain. Also, the process of hiring react native developers includes evaluating those who know a programming language as it is directly connected with the functionality and development of applications. Recommendations are to go for experienced and proficient developers to build the user interface more logically.

Can they handle technical tools practically?

MobX, Hockeyapp, Enzyme, etc., are tools known for improving the overall performance. However, not every developer is familiar with its sues. Especially the inexperienced ones only know them theoretically but not practically. Knowledge of these tools helps developers to develop applications that can function and operate with other frameworks. The most interesting fact about these technical tools is that they sped up the testing and Performance. So having a hands-on experience of them will be helpful for the developers.

Do they know how to react-native?

At the initial level, try to look for developers who understand the use of react-native—this is an important component for any developer. Before going on to the further process of hiring, find out if they are able to handle projects similar to a branding agency. A few of the essential concepts include component lifecycle, JSX, and Virtual DOM is the must factor for improving the application functionality.

Identify their interests, responsibility, and eagerness to learn more?

Try to evaluate the interest and passion of the developer. This is the most important thing which shows their ability to deal with career complexities. Remember, a person with less experience will learn with time, but a developer who is irresponsible and does not willing to become better can be the difficult one. In addition to that, also focus on the softs skills like communication, adaptability, problem-solving approach, and accepting the negative feedback.

Can they handle the optimizing issues?

Any competent and proficient developer must know the optimization skills. It has a lot of advantages. By handling the application performance, developers can achieve their target of creating fast, error-free, and smooth working apps.

Many development agencies are hiring react native developers who have enough information related to application optimization. Also, handling navigator UI would make a lot of difference. If the developer can tackle codes effectively, they are the ideal ones for your company.

How many programming languages do they know?

A person having command over programming languages can do the development more conveniently. The development includes several platforms, and coding includes a number of technicalities to deal with. So, the best choice is to hire a developer who knows the significance of languages and is able to create more functional applications.

Are they able to monitor the performance?

Some people call themselves exert developers but fail to monitor the app’s performance. No matter how many logical and technical skills you have, if you lack this ability, then the recruiter might stitch to another person.

This comes under the list of developers’ duties to check how the features are responsive or are there any problems in operating. A mandatory step for hiring react native developers is to confirm the ability to check if all the features of the newly developed app are working fine.

Can developers test and detect errors?

Developers’ negligence can make an app a failed attempt in front of the audience. To reduce the chances of errors, it is important for a developer to know the right use of testing software. Knowledge of handling Typescript, Flow, Prop Types, etc., is essential for testing the application’s performance.

By addressing all these questions, you will be able to decide more confidently about native developers. Therefore, responsive development is no joke. Prerequisites play an important role in choosing a person who has enough skills and abilities.

The list goes on but possessing the basic knowledge beforehand will help them undergo a steady onboarding and training catered to your project.

What skills should a React Native developer  in Nigeria have?