Tesla’s long-awaited electric semitruck is finally on the road, as the Austin-based automaker this week has delivered the first working model to a customer. The delivery to PepsiCo came more than three years after Tesla CEO Elon Musk said his company would start making the trucks.

Elon Musk’s Tesla TSLA 0.00% has delivered its first semi electric trucks to PepsiCo PEP +0.84% . It’s a long-awaited moment as the electric-vehicle maker expands beyond passenger transport, but questions remain about pricing, output and just how big the semi can become for the company. 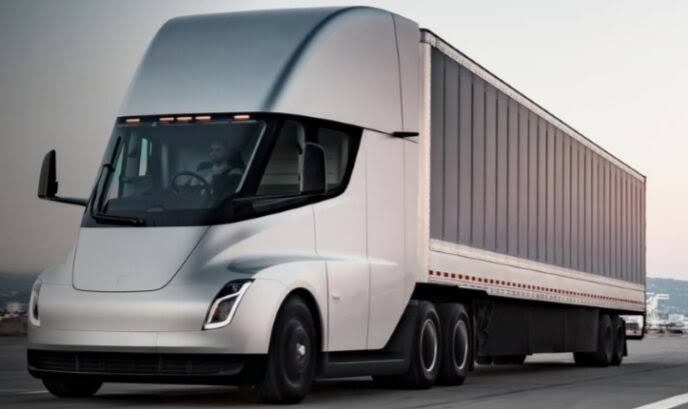 Five years after they were first revealed, the first Tesla Semi trucks were delivered to customers at an event at the company’s Gigafactory in Sparks, Nevada, Thursday.

The trucks, which were first unveiled in concept form back in 2017, were supposed to go into production in 2019 but were delayed for a variety of reasons, including the COVID-19 pandemic and a global parts shortage. Representatives from PepsiCo, which reserved 100 Semis shortly after its reveal, were on hand to receive the first batch of trucks.

Tesla says the Semi is powered by four independent motors on the rear axles, can accelerate 0-60mph in 20 seconds, and has a battery range of up to 500 miles. Prices may start at $150,000, and there have been a number of orders from businesses like Walmart and FedEx in the low-dozens range.

Standing on a stage flanked by four Tesla Semis, two of which wrapped in Pepsi and Frito Lay logos, Musk spoke about the need to reduce the amount of carbon emissions produced by the shipment of goods across the planet. But after paying lip service to the mission of fighting climate change, he quickly pivoted to his distinct brand of showmanship.

“It looks sick,” Tesla CEO Elon Musk said on stage at the event. “You want to drive that. I mean, that thing looks like it came from the future.” Musk later referred to the Semi as “a beast.”

Musk ticked off a number of features he said will make the Semi the most efficient, most desirable, and most driveable truck on the road. The truck will feature a new 1,000-volt powertrain architecture that Musk said will factor into future product development at Tesla. The Semi has traction control to prevent jackknifing, regenerative braking for increased battery efficiency, and an automatic clutch for seamless highway driving.

“It’s a step-change in technology in so many ways,” Musk said.

Over the weekend, Musk revealed that one of Tesla’s battery powered class 8 semi-trucks had completed a 500-mile trip fully loaded with 81,000 pounds of cargo. The trip took place from Tesla’s factory in Fremont, California, to San Diego at the southern tip of the state. At the event, Musk clarified that the trip was accomplished without needing to recharge the battery.

Tesla is positioning the Semi as the future of trucking. But while the company has struggled to get production started, the rest of the trucking industry has already embraced EVs. Major equipment manufacturers like Daimler, Volvo, Peterbilt, and BYD, have been working on their own electric long-haulers.

The Tesla Semis delivered today were the final piece of a $30.8 million project partially funded by the California Air Resource Board, according to Bloomberg. Even Nikola Motors, which has struggled with fraud allegations and executive turnover, has delivered a hydrogen-powered truck before Tesla.

Still, battery-powered electric vehicles will face steep challenges, from weight restrictions to the availability of convenient charging stations, before they can be widely adopted. Truck stops, for example, are largely unprepared to handle the power needs of electric tractor-trailers and their gigantic batteries.

Two years ago, Bill Gates said that “even with big breakthroughs in battery technology,” electric vehicles were simply not ready to tackle long-haul trucking. “Electricity works when you need to cover short distances, but we need a different solution for heavy, long-haul vehicles,”

Musk addressed charging during the event, revealing that Tesla has developed a new liquid-cooled charging connector capable of delivering 1 megawatt of direct current power. “It’s going to be used for Cybertruck, too,” Musk added to cheers from the audience. (The similarly much-delayed Cybertruck is expected to go into production in the latter half of 2023.) He also spoke about needing to uncouple Tesla’s Superchargers from the grid to ensure they can continue to deliver power during an outage.

Trucks are a key component of Musk’s “Master Plan Part Deux,” in which he vowed to expand the company’s lineup of vehicles to “cover the major forms of terrestrial transport,” including a semi truck.

During the event, Musk spoke about Tesla’s current product lineup, which has been criticized as stale as compared to other automakers that frequently release refreshed versions of past models. Standing in front of an image of Tesla’s vehicle lineup, including the forthcoming Cybertruck and a shrouded vehicle labeled “robotaxi,” Musk said Tesla wasn’t like other car companies.

“So what’s our actual mission? Our actual mission is to accelerate the advent of sustainable energy,” Musk said. “So that’s why we’re making this wide range of cars that don’t really make sense from a brand standpoint.”