Ah ha, when you talk about tecno, you talk about a company with the minds of people at heart. This is because for every step of the way in the brand manufacturing a smartphone the interest of the end users always come’s first.

Tecno Pouvoir 3 Plus smartphone was announced and released in August 2019. Compared to the other Pouvoir, it has more advanced features, and its overall performance is notably higher.

One of its best features is the 6000 mAh battery. It also features a powerful selfie camera and triple rear camera’s.

The Povouir series is the a recent line of smartphones offered by Tecno to give you a lot of power for your daily hassle with the latest Tecno Pouvoir 3 delivering up to 4 days of power according to Tecno’s campaign. 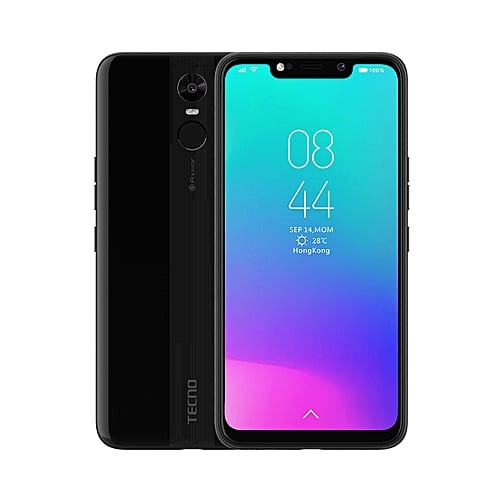 The Tecno pouvoir 3 has a long battery life span, what this means is that it’s users can watch videos or play games for extended periods without having to charge the device.

It comes with a high-grade CPU that allows the user to play 3D games without the phone becoming sluggish or without the smartphone glitching.

It is highly equipped with a fantastic selfie camera and a triple AI rear camera for perfect photos. And it has got a large display that makes users enjoy a credible viewing experience.

I can fully assure you that Tecno has been quite busy this year with their release of the update to the Spark series and a number of other excellent smart phones.

And they made this particular design to have a plastic body work which is sort of the idea that is created to achieve a price cut or an up sale experience in the telephone market.

However, the Pouvoir 3 has a nice look to it with a front and a small bezel surrounding the screen little wonder why people were head over heels to get this smartphone as a spare just incase they want to carry their tecno brand phones along with them.

The tecno pouvoir 3 Brand is Available in colors which include: City blue, and Champagne gold which all have a middle striated section along with an outstanding fingerprint scanner an the back end camera of the smartphone.

However, all this is in the scope of a budget device and in that regard you have a 1500 x 720 pixel resolution. The large screen will serve you well for all the multimedia purposes you’d require.

We all know that before anyone decides or takes a stand on his/her intentions to purchase a smartphone, the software and hardware components has to be taken into serious consideration.

As it is very important to avoid buying just a box of algorithms, if you know what i mean.

While taking into account that this is a low budget smartphone, there is no other specification on a smartphone that reflects this status than the internals of the smartphone.

Which in this case is a 1.28GHz MediaTek processor with a 2GB RAM to assist. Also, the smartphone carries a 32G internal storage space and HiOS 5  based on Android 9 operating system.

Every line of smartphone that has ever been manufactured have what they are known for and the battery capacity on this smartphone is where the “super hero power” lies.

As mentioned earlier, this smartphone is said to be able to keep your smartphone on for 4 days. Can you imagine that 4 whole days. incredible!

It has got a 5,000mAH juggernaut battery in play which is a lot when it comes to entry-level smartphones and is enough to power the smartphone functions.

Both cameras are grounded with AI features, with an improved facial identification setup up front.

TECNO POUVOIR 3 PRICE & WHERE TO BUY

Tecno Pouvoir 3 price in Nigeria sells at (NGN) 38,000 Naira. while the Price of the Pouvoir 3 sells at 13,599 KSh in kenya and 640 GH₵ in Ghana and 6,534.43 (MZN) mozambican Metical. You can buy the smartphone at leading E-commerce online stores in your country/region.

OTHER SPECIFICATIONS OF THE TECNO POUVOIR 3