Tecno just launched a standard version of the camon 12, with a pro unit into the market for those who will prefer an upgrade. Almost going through to a decade in in Nigeria Tecno mobile has had a good spill over time, and with the introduction of the twin smartphones in the Camon 12 and the Camon 12 pro only confirms the brands growing dominance in the mid-range smart phone industry.

This article takes a look at both smartphones core specifications, where you can purchase it and how much they are being sold in Nigeria. 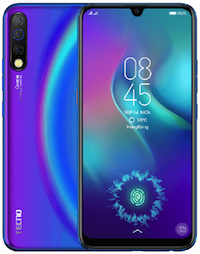 PRICES OF TECNO CAMON 12 AND CAMON 12 PRO IN NIGERIA

And all other e-commerce stores available in Nigeria, the price fluctuation can be as a result of some factors which can be because of the exchange rate as at the time of purchase. 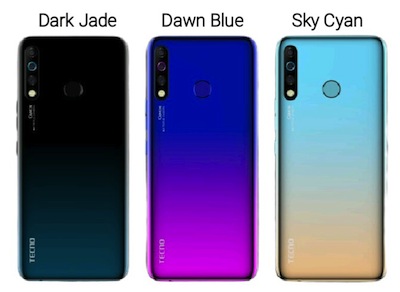 while they share almost similar features, the tecno camon 12 pro boasts about higher upgrades in the areas of RAM size, camera quality, and others. Now lets look at some differences between the two.

There is no much difference between the tecno camon 12 pro and the tecno camon 12, we could call them brothers of some sort, However with a 6.4inch display screen on the front, the display type has been upgraded from IPS to AMOLED.
A switch to AMOLED means great contrast. As a matter of fact, the Tecno Camon 12 Pro boasts 100000:1 contrast ratio.

With the camon 12 which has a bigger screen of 6.52 inches and a resolution of 720 x 1,600 pixels. While the camon 12 pro boasts similar screen resolution no wonder they have got similar features and you might not say one has a feature in which the other does not have also,the tecno camon 12 pro has a bigger and greater PPI of 276 PPI, though it has a smaller screen size of 6.35 inches.

Yes we can say the two brother smartphones boast top designs, they are more similarities than differences between these two devices. Even though the rear panel of both smartphones are not covered in glass design, it makes them look less of quality when placed together with the likes of other credible smartphone brands.

CAMERA: The only important upgrade in camera between the Camon 12 and Tecno Camon 12 Pro is in the selfie department where the camon 12 pro unit has a 32MP snapper.

Over here, we have got a main 16 megapixels snapper which is followed by an 8 megapixels ultra wide sensor and 2 megapixel depth sensor.

For those who do not already know, there will be no telephoto lens here, so the phone will be forced to take its portrait shots from any of the other cameras on board but to be honest both smartphones feature an amazing front shooter for selfies.

Tecno Camon 12 Pro shares the same dual flash design of the vanilla Camon 12 and the Phantom 9. The LED flash flanks the earpiece on both sides.

MediaTek Helio P22 chipset seems to be the Tecno standard for top devices this year, and we see it again in the Tecno Camon 12 Pro. It has got the octa core chipset which is bundled with an increased 6GB RAM, and the storage (at 64GB) remains the same as that of the Camon 12.

The OS of choice is Android 9 Pie which has been adapted to the in-house HiOS 5.5. To round up, the 3500mAh battery is less impressive than the 4000 mAh that was seen in the Camon 12.

We should have expected that the more premium device will come with the bigger battery, but unfortunately it was not the case here.

The tecno smartphones brand are known for very strong battery capacity, and we were not disappointed with these new latest releases. The brand met the expectation of the end users as always, as the Tecno camon 12 boasts a 4,000mAh battery life capacity, the elder brother which is the Tecno camon 12 pro comes up at 3,500mAh battery life capacity a really good choice for a device with stable power life if you’ll ask me.

This handheld device comes up with a 3,500mAh which is quite moderate compared to other smartphone brands, the Li-Po battery is Non-removable and the answer is yes ! the camon 12 pro battery lasts with a record long hours of battery life sustainable always.