The XZ3’s display is quite simply glorious, certainly a panel that’s up there with the best. The Sony Xperia XZ3 is an Android smartphone manufactured and marketed by Sony. Part of the Xperia X series, the device was announced to the public at a press conference held at the annual 2018 IFA Berlin event on August 30, 2018. It is the first Xperia device with an OLED display and it features the same Dynamic Vibration System as seen on the Xperia XZ2. This is a low key entertainment winner, Sony’s Xperia XZ3 nails the fundamentals with a beautiful OLED screen, outstanding performance and battery life, a decent camera, and plenty of charm. Sony has slowly been moving towards a style and feature set that it thinks will win over enthusiasts. Display, sound, and camera, all meant to bolster the entertainment experience of using one’s phone. 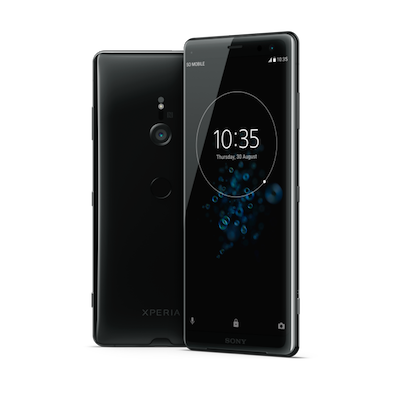 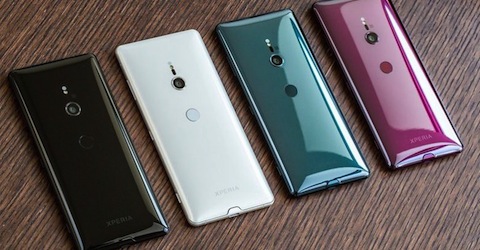 The Xperia XZ3 uses Sony’s new “Ambient Flow” design, similar to that on the XZ2, however it comes with a 6 inches (150 mm) curved OLED display, which is wrapped around a new 7000 series aluminium frame. The front and back glass on the device are both made of Corning Gorilla Glass 5. The fingerprint scanner is also rear-mounted as seen on the Xperia XZ2 and Xperia XZ2 Premium. The phone features two front-facing speakers, supposedly the same units used on the XZ2. The Xperia XZ3’s dimensions are 158 mm (6.2 in) in height, with a width of 73 mm (2.9 in) and a depth of 9.9 mm (0.39 in) and weighs approximately 193 g (6.8 oz).

Sony is using the familiar IMX400 sensor in the XZ3. This sensor was first featured in the XZs and XZ Premium. It has a RAM chip sandwiched between the sensor and on control circuitry layers which serves as a large and fast buffer to where the sensor can temporarily offload a significant amount of captured data before transferring it to the phone’s internal memory for processing. The same MotionEye camera setup from the XZ2 is used in this device. It consists of a 19 MP 1/2.3” Exmor RS for mobile sensor with a 1.22 μm pitch, f/2.0 aperture and 25mm wide G lens. It uses Sony’s BIONZ image processing engine. Furthermore, it is also capable of shooting 960 fps Super Slow Motion video

Sony had not used OLED panels in their smartphones previously, however the XZ3 is the first Sony smartphone to come with an OLED panel. It is a 6 inches (150 mm) QHD+ (2880×1440) display, with a 2:1 aspect ratio (marketed as 18:9). Being a Sony device, it features their TRILUMINOS and X-Reality technology and supports 10-bit color, which means it is certified for the BT.2020 standard and HDR10 playback. The XZ3 is powered by the Qualcomm Snapdragon 845, coupled with either 4 or 6 GB of LPDDR4X RAM and the Adreno 630 GPU. The device only comes with one internal storage option of 64 GB with 4 GB of RAM in most markets, however it is sold with 64 GB of storage and 6 GB of RAM in Nigeria. 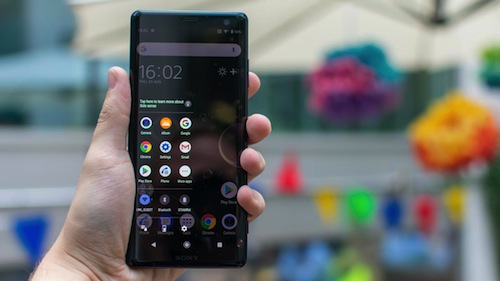 The Xperia XZ3 is the first Android device to be launched with Android 9.0 Pie. It includes a new feature from Sony called “Side Sense”. Side Sense is a custom drawer-like interface that is built-in to the stock Xperia launcher, it can be triggered by tapping twice anywhere along the curved display edge of the XZ3.
Sony’s XZ3 looks fantastic, if a little generic, but it’s in the feature set that the company hopes to differentiate itself this generation. Around back, the XZ3’s single 19MP camera is flanked by a trail of sensors and LEDs, along with a capacitive fingerprint sensor that, while still too low, isn’t as awkward to use as it was on the XZ2, as the phone is slightly taller overall. We’ll talk about the camera later, but let’s talk sound now, because it’s one of my favorite aspects of this device. Sony’s dual front-facing speakers are loud and clear, and combined with the Dynamic Vibration System, makes for an engrossing and enjoyable video-watching or music-listening experience. Dismissed as a gimmick in many of the reviews of the XZ2 and XZ3, I’m a big fan not only of the feature itself but of the concept: in lieu of using the phone’s internals as a resonance chamber a la LG G7 or Pixel 3, Sony’s chosen to focus on tuning its speakers for sparkling highs and warm mids while relying on an ultra-powerful vibration motor to recreate bass within it. 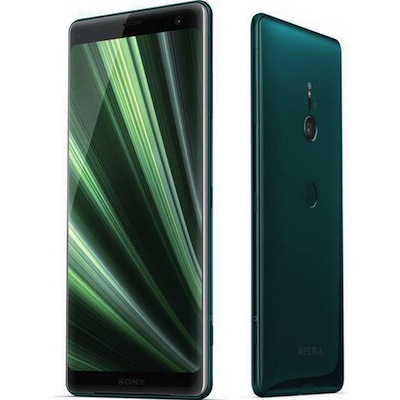 The Xperia XZ3 comes with a non-removable 3300 mAh battery. With the XZ3, Sony has abandoned QuickCharge 3.0 in favor of USB Power Delivery (USB-PD), but it still includes Qnovo Adaptive Charging. This allows the device to monitor the cell’s electrochemical processes in real time and adjust charging parameters accordingly to minimize cell damage and extend the battery unit’s lifespan. Battery life is characteristically Sony excellent, which means all-day-plus, in my experience. Despite only having a cell size of 3,330mAh, Sony’s imperious killing of background processes ensures that there’s no workflow this phone can’t survive.

The handheld device is on sale in Nigeria for the price of (NGN)322,000naira and you can purchase it at any mobile retail outlet or any e-commerce platform close to you.