This is not one of my favorite phones to recommend but it looks fine so if you find it attractive go ahead, whatever helps you sleep well at night. The Sony Xperia L4 is an Android smartphone marketed and manufactured by Sony. Part of Sony’s low-end Xperia series, it was unveiled on February 20, 2020. 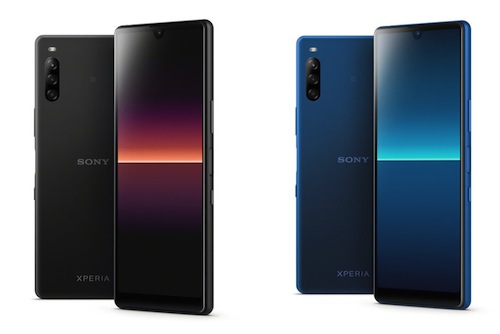 The Xperia L4 has a polycarbonate unibody construction, with Corning Gorilla Glass protecting the screen. The top bezel houses the earpiece, notification LED and various sensors, with a small cutout at the top of the display housing the front-facing camera. The fingerprint sensor, power and volume buttons and shutter release button are located on the right side of the device opposite the SIM card tray, while the 3.5mm headphone jack is located on the top. The rear cameras are located at the upper left-hand corner of the phone, with the LED flash above. The bottom edge has the primary microphone and a downward-firing speaker next to the USB-C port. Two colors are available: black and blue.

The display is a 6.2-inch 21:9 HD+ LCD, it’s taller than the Xperia L3’s 18:9 screen and matches the cinematic ratio of the Xperia 1. The taller aspect makes it more convenient to use two apps simultaneously in portrait mode. it has a triple camera, a 21:9 display and a side-mounted fingerprint scanner. The triple camera on the rear includes a 13MP wide-angle with phase detect autofocus, a 5MP ultra wide snapper and a 2MP depth sensor. There’s an 8MP selfie shooter on the front, housed in its own little notch.

One area where the Xperia L4 isn’t an upgrade over its predecessor is processing. It has the same MediaTek Helio P22 with 3GB of RAM. It also retains the 3.5mm audio jack and doubles the built-in storage to 64GB.

The phone runs on the Android 9.0 (Pie) operating system, which helps the device to give better performance. The chipset is carried over from the L3, a MediaTek Helio P22 SoC and the PowerVR GE8320 GPU. It is available with 3 GB of RAM and 64 GB of UFS storage; MicroSD card expansion is supported with a single-SIM or hybrid dual-SIM setup. The display uses a 6.2-inch (157.5mm) 21:9 720p (1680 × 720) IPS LCD panel which results in a pixel density of 295 PPI. The L4 has a 3580mAh battery, slightly larger than the L3. Power and data connections are provided through the USB-C port. A triple camera setup is present on the rear, with a 13 MP primary sensor with PDAF, a 5 MP ultra wide sensor and a 2 MP depth sensor. The front-facing camera has an 8 MP sensor. 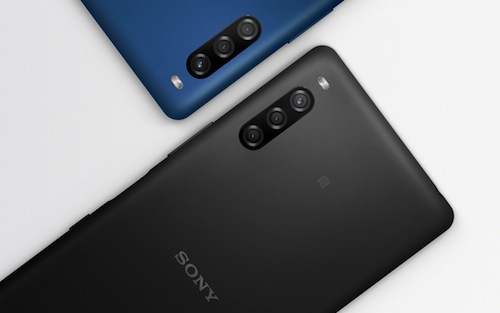