Also included is a data cable, a 15w charger, an ejection pin, and a user manual. Typically what you’ll see when you unlock any samsung phone box.

The Galaxy M31 is your all-access pass to the world of entertainment with its Wide vine L1 Certification and Dolby Atmos 360˚ surround sound. 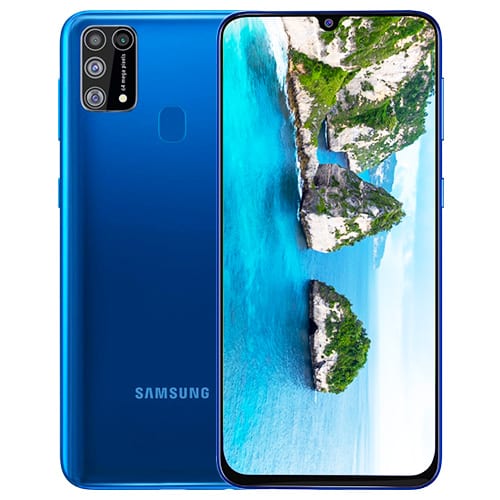 Samsung Galaxy M31 is a natural successor to the Galaxy M30 and Galaxy M30s. It’s a smartphone that doesn’t change too much, keeps the features that worked well the last time while offering necessary upgrades in some areas.

Primarily, Samsung has kept its focus on the cameras as the Galaxy M31 touts a 64MP quad camera setup.

The Samsung Galaxy M31 comes with a familiar design. It looks very similar to the Galaxy M30s in that it features a plastic unibody panel on the back with a rear-mounted fingerprint sensor and a square-shaped camera module on the top left corner.

The display gets a U-shaped notch up top that houses a selfie camera and a fairly thick chin.

The Samsung Galaxy M31 is a thick phone and it feels slightly heavy in the hand, so it does get tiring holding it after some time. The smartphone is available in blue, black and red color options.

Samsung makes attractive displays, so it’s understandable that the company did not feel the need to make any changes here.

The display offers good brightness levels also, so you won’t have any issues reading the screen under bright sunlight.

The FHD+ screen is sharp and delivers crisp video content in 1080p resolution.

However, the rear panel attracts scratches if you place it on a table or in your pocket along with some keys.

Most people feel that the biggest upgrade to the Galaxy M31 is the cameras. For me, i think it’s just okay.

Because, even though the smartphone features a 64MP quad camera setup at the back as opposed to the 48MP triple camera system on the Galaxy M30s.

While the Galaxy M31’s main camera does take decent daylight photos. With scene optimizer enabled, the camera uses a lot of software processing to boost colors, which some might prefer over more natural tones.

This i find very pale cos the natural tone rules and maintains its extraordinary capture.

So, if you’re capturing flowers, for example, greens will look greener and pinks can turn red. Photos are warmer, which means you won’t be able to capture natural white tones. As in what’s that?

The Selfie camera on the Samsung Galaxy M31 is a 32MP camera with an aperture of f/2.0. This camera lets you shoot photos in HDR and also 1080p videos at 30fps.

Samsung Galaxy M31 is powered by a 2.3GHz Exynos 9611 octa-core chipset based on a 10nm process and equipped with Mali G72 MP3 GPU. This is the same processor that powered the Galaxy M30s as well.

Samsung has turned up the base variant from 4GB RAM to 6GB RAM, which should deliver a smoother multitasking experience.

The smartphone comes in 64GB and 128GB storage variants, which can be further expanded by up to 512GB via a microSD card.

The Samsung Galaxy M31 features a 3.5mm jack and the USB Type C (USB 2.0). Other connectivity options include dual-band Wi-Fi and Bluetooth 5.0

Samsung Galaxy M31 houses a massive 6,000mAh battery, which is unchanged from the Galaxy M30s.

It is good to see that Samsung has not downgraded the battery, because this truly sets the smartphone apart from most of other phone dealers. 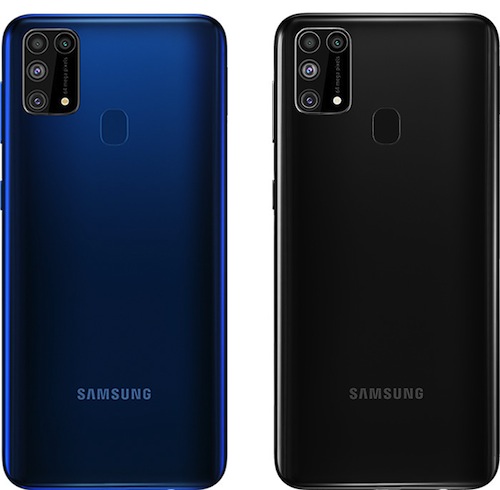