Realme has already proved it can make compelling smartphones, so the brand is pretty confident now that it can bring the same magic to other product categories as well. Realme wants to be known as a tech lifestyle brand, which is why the company is planning to launch several new wearables and IoT products in 2020 such as a smart watch, smart TV and smart speaker.

To start things off this year, Realme has launched its first-ever fitness tracker, called the Realme Band.

The Realme Band touts a colored display, one-touch user interface, USB Direct charge, real-time heart rate monitor and sleep tracking, among other things. In our Realme Band review, we will talk about how these features work and whether they make the fitness tracker worth buying over its competitors.

The Realme Band offers a very sleek, curved design language that looks attractive despite its minimalism. The body of the fitness tracker is curved, which rests naturally on the wrist.

The plastic protecting the display seamlessly curves with the straps, so there’s no hump or protrusion at all. This makes the Realme Band look sleeker and slimmer compared to rival fitness trackers.

While the plastic body is in a space grey color, the straps come in a choice of black, olive green and yellow options. 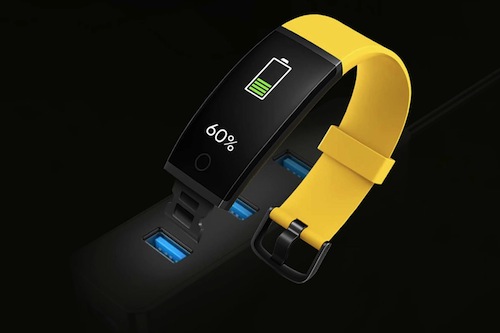 The olive green color looks sober and unique, while yellow is loud and will definitely attract some eyes. The straps come with plenty of punctures so you can clasp the band real tight if you need to.

The Realme Band weighs around 20 grams, which is pretty lightweight. You can wear the band all day long and while sleeping at night and not let it bother you one bit. This is good because you can actually use the band for sleep tracking, which we will talk about in a bit.

On the Display side, the Realme Band sports a 2.4cm (0.96-inch) TFT-LCD screen with a 80×160 resolution, which is similar to the Honor Band 5i. The Realme Band comes with a USB connector that hides under the strap. You have to open the top strap by snapping it open to expose the USB port.

With a built-in USB port, you can directly plug the Realme Band to any Type-A port, like say your laptop or a charging adapter. This eliminates the hassle of carrying around a separate charger. This is a pretty convenient design choice, which is also found on the Honor Band 5i. 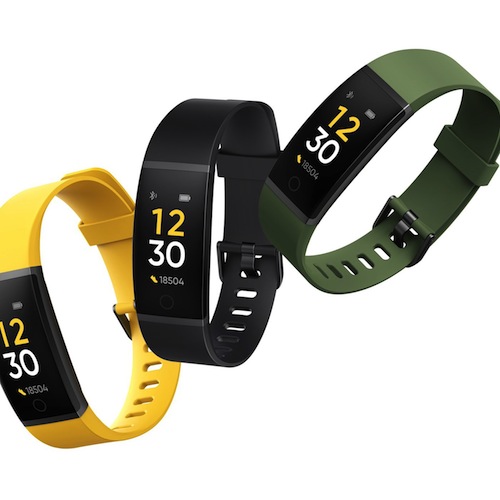 There’s not much that can go wrong when it comes to the performance of the Realme Band since it offers a bare-bones UI.

As we mentioned earlier, the one-touch capacitive button takes a bit to get used to as one is used to touching the screen for scrolling. The long press option to start or stop a mode works well enough.

Realme Band comes with an IP68 rating for water resistance up to 50 meters, which means you can wear the tracker while taking a shower.

Strangely enough, the Realme Band does not support swim tracking despite its IP68 rating. It is possible that the company will add a Swim mode later on.

For now, if you’re looking for a fitness tracker with swimming tracking, you will have to spend a little extra and buy the apple watch or honor band 5.

Realme Band promises to deliver up to 9 days of battery life provided you disable the continuous heart rate monitoring. With the feature enabled all the time, the battery life will likely reduce to roughly 6-7 days. It is on sale for the price of (NGN) 5,000 naira.