The Realme 6 Pro is the direct successor of the Realme 5 Pro launched back in 2019. The device is the pro version of the Realme 6, and packs a Snapdragon CPU instead of the Mediatek CPU used in the standard variants.

The specifications starts counting from a 6.6-inch Full-HD+ display, with 1080 x 2400 pixels resolution. 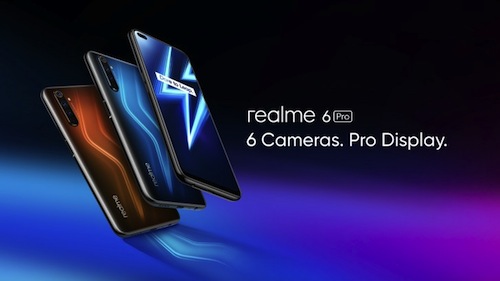 Affordable phones were content with a reasonably okay chipsets, decent cameras, and average displays just two years back. Not anymore. Now we have specs like 8nm-based chipsets, up to 8GB of RAM, 64MP cameras, 90Hz FHD+ displays, and 30W fast charging.

The Realme 6 Pro is no different and I’ve to say for all the awesomeness of this new gradient design, the same design language from Realme for so many of its recent phones has become very repetitive, bordering on boring.

The phone’s bottom has the Type-C port, headphone jack, and a speaker grille while the left side of the device has the volume rocker. There is a side-mounted capacitive fingerprint sensor on the right which doubles up as the power button as well.

Flipping the phone over we see a clear inspiration from the Realme X50 Pro with the dual punch-hole cutout, thin bezels on the side and a tiny chin. As a matter of fact, it would be impossible to discern either phone from the front. 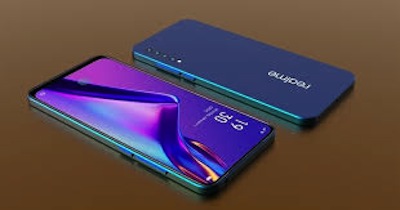 On the camera department, the Realme 6 Pro packs four (4) camera setup at the back: a large 64-megapixel main sensor, a secondary 12-megapixel telephoto lens, an 8-megapixel wide angle lens, and the fourth 2-megapixel dedicated macro lens, along with a single-LED flash.

At the front, Realme made us of a dual 16-megapixel main sensor and another 8-megapixel wide angle lens.

Realme 6 Pro is available in three colors, including Lightning Blue, Lightning Orange and Lightning Purple. What’s more, the device comes with a side-mounted fingerprint scanner with FaceID support. It has dual Nano-SIMs with support for 4G VoLTE network.

Overall a bright and colorful display, the phone also employs a high refresh rate of 90Hz which is much easier to produce on an LCD panel than on an OLED.

While 90Hz is not the extremely buttery smooth 120Hz that is seen on the POCO X2, in my experience most people will not be able to tell the difference as much as they can tell coming from a normal 60Hz display to a 90Hz.

Historically, the Pro version of any smartphone will always have better performance than the non-pro version. I thought that to be the case for the Realme 6 Pro as well. However, it turns out the new Snapdragon 720G chipset on the device is not faster than the MediaTek Helio G90T seen on the Realme 6.

This much has been confirmed by Realme itself on stage during the live stream of its launch event. Running the AnTuTu benchmarks on both the device actually shows a score of 280,681 points for the 6 Pro as compared to 291,216 for the Realme 6.

In the run of things, the real-world performance for both the devices is going to be more or less the same, which leads me to believe that Realme 6 Pro is not tilting towards performance to make its mark.

All apps thrown at the phone run with ease and the 8GB RAM variant keeps the apps open for a long time. Running graphical intensive tasks happens to be a specialty of the Snapdragon 720G and as such there was little to no lag while playing PUBG Mobile on the highest settings. 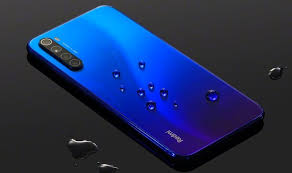 Of course, these settings were locked at only High for both graphics and frame rate instead of Extreme due to hardware limitations. Call of Duty Mobile also has the same settings as the Ultra graphics and anti-aliasing options not available.

The face authentication is similarly fast although if efficiency is something you are looking for you want to rely on the fingerprint authentication. Speaker, mic and earphone quality were good as expected.

Android 10-based Realme UI runs on the Realme 6 Pro and I’ve already reviewed it on the Realme X50 Pro. If you want finer details about the platform you can read it in my detailed review of the X50 Pro.

In summary, it’s a lot like stock Android, simple and easy to navigate, bloatware is at a minimum, has lots of customization options, and no ads.

And it can be purchased at any leading e-commerce platform close to you.