A transformer is a passive electrical device that transfers electrical energy from one electrical circuit to one or more circuits. A varying current in any one coil of the transformer produces a varying magnetic flux, which, in turn, induces a varying electromotive force across any other coils wound around the same core. Transformers are used for increasing alternating voltages at low current (Step Up Transformer) or decreasing the alternating voltages at high current (Step Down Transformer) in electric power applications, and for coupling the stages of signal processing circuits. A wide range of transformer designs is encountered in electronic and electric power applications. These are important electrical components that require proper care and maintenance. With proper maintenance, you can be sure of performance, durability, and efficiency. 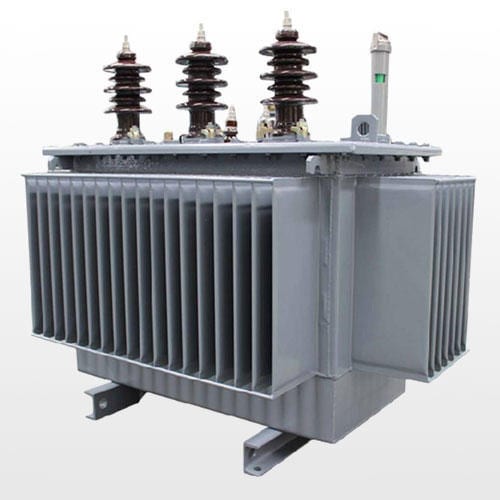 This article, will help and assist you recognize all things oil transformer protection. Also learn how to maintain your transformer for improved efficiency and durability using Transwitch.

The EMF of a transformer at a given flux increases with frequency. By operating at higher frequencies, transformers can be physically more compact because a given core is able to transfer more power without reaching saturation and fewer turns are needed to achieve the same impedance. However, properties such as core loss and conductor skin effect also increase with frequency. Operation of a transformer at its designed voltage but at a higher frequency than intended will lead to reduced magnetizing current. At a lower frequency, the magnetizing current will increase.

Listed below are the following common protection devices for your transformer :

This Buchholz (gas) relay, which is normally placed in between the oil conserver and the transformer’s main tank, plays a key role in ensuring that the transformer is adequately protected. In the field of electric power distribution and transmission, a Buchholz relay is a safety device mounted on some oil-filled power transformers and reactors, equipped with an external overhead oil reservoir called a “conservator”.

Buchholz relays have been applied on oil-filled power and distribution transformers at least since the 1940s. The relay is connected to the oil piping between the conservator and oil tank of a transformer. The piping between the main tank and conservator is arranged so that any gas evolved in the main tank tends to flow upward toward the conservator and gas detector relay. Buchholz relays have a test port to allow the accumulated gas to be withdrawn for testing. Flammable gas found in the relay indicates some internal fault such as overheating or arcing, whereas air found in the relay may only indicate low oil level or a leak. Through a connected gas sampling device the control can also be made from the ground. Depending on the requirements, the Buchholz relay has a flange or threaded connection. 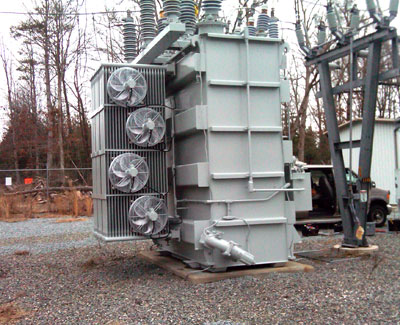 When a minor fault arises in the transformer, it’s assumed that gases will arise from the location of the fault within the transformer itself. Here, the gas will bubble up—passing through the conservator’s main pupping. What happens is that the Buchholz protection casing will tap the gab bubbles. What this means is that the oil in the casing will be replaced by the gas in the Buchholz protection casing.

This can occur to the earth’s windings. Major faults usually produce large amounts of gas—typically more than 50 cm3/ (kWs). Also, oil vapor can also be produced. It’s important to note that the oil vapor cannot escape. Regardless, results in the production of a steep pressure buildup—which results in the displacement of the oil. Consequently, there is a rapid flow from the unit to the conservator. As a result, a trip circuit is closed by a mercury switch. Fault location and fault current magnitude will hugely influence the trip contact’s operating time.

Most power transformers featuring on-tank-type based tap changers come with pressure protection that handles the separate tap-based changer oil compartment. With this feature, it’s possible to detect a sudden pressure increase in the changer oil enclosure. If the piston pressure exceeds the spring counterforce, the piston moves the switching contacts. It’s important to note that the switching unit’s microswitch has been sealed hermetically. It is also pressurized with a high level of nitrogen gas. If an internal fault occurs in the transformer, an overpressure will be detected in the transformer tank.  Sudden pressure relays are a specialized protection device to detect transformer or reactor problems. The sudden pressure relay detects sudden changes in transformer oil or gas pressure due to internal faults. The sudden pressure relay has an inverse time characteristic. It operates faster for severe faults.

Why Transformer Protection is Required

Protection helps keep fires at bay. Even more, they enhance the performance and reduce the power wattage of your transformer. The faults in this group are mainly inter-lamination short circuit due to insulation failure between core lamination, lowering the oil level due to oil leakage, blockage of oil flow paths. All these faults lead to overheating. So transformer protection scheme is required for incipient transformer faults also.

Transformers featuring oil conservators—also known as expansion tanks—are often fitted with oil level monitors. These monitors are equipped with two monitors. The first contact is reserved for max oil level based alarm. The second one is dedicated to the min oil level alarm. A top-oil thermometer is equipped with a bulb in the transformer’s top. Normally, any transformer can have from 1-4 contacts. These contacts tend to close sequentially as temperature increases. These contacts also help to start the fans that force the cooling process to start. The third contact is used to trigger an alarm. On the other hand, the fourth contact is effective in setting up trip load breakers. Large oil-filled power transformers use windings wrapped with insulating paper, which is impregnated with oil during assembly of the transformer. Oil-filled transformers use highly refined mineral oil to insulate and cool the windings and core. Construction of oil-filled transformers requires that the insulation covering the windings be thoroughly dried of residual moisture before the oil is introduced. Drying may be done by circulating hot air around the core, by circulating externally heated transformer oil, or by vapor-phase drying (VPD) where an evaporated solvent transfers heat by condensation on the coil and core. For small transformers, resistance heating by injection of current into the windings is used.