The OnePlus 8 misses on the standard telephoto camera and swaps it for a macro unit. And the much-awaited wireless charging is a no-go either so we suspect this would push some hesitant users over the fence and go for the more premium model. 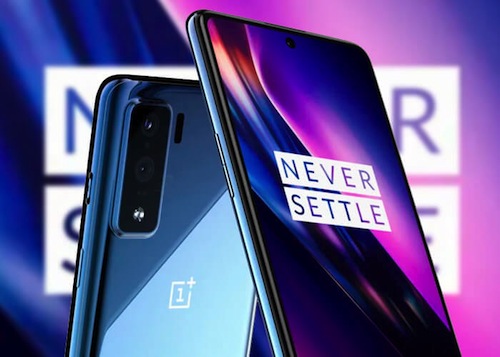 OnePlus has always courted a reputation as the phone maker you turn to when you don’t want to spend big bucks on premium features.

That’s as true as ever with the OnePlus 8, especially as OnePlus courts the high-end of the smartphone market with its more fully featured — and higher-priced.

The OnePlus 8 feels quite familiar in the hand. It’s almost identical to the OnePlus 7 Pro and 7T Pro – from the curves down to dimensions and bezels.

There are a couple of subtle differences and you can notice most of them only if you put those phones side by side. This in turn means that the vanilla 8 is pretty close to the 8 Pro too.

Another departure from the look of past OnePlus phones is a switch to a curved screen on the OnePlus 8, where the edges of the display wrap around the tops of the phone’s sides.

It certainly creates a striking look for this phone, and it makes the OnePlus 8 easier to grip than phones with flat screens and rounded edges that seem to slip out of my hands with alarming frequency.

Now it’s slightly curved to the sides like the 7 Pro, 7T Pro and the 8 Pro. But on the 8-series, the curves are just a tad tighter distorting the picture a bit more compared to the older 7 and 7T generation. Only people sensitive to the issue will notice, though, and isn’t a deal-breaker for sure.

With 8mm of thickness, the OnePlus 8 is also fractionally thinner than Apple’s iPhone 11, so you’ll have minimal trouble slipping the OnePlus device into a pocket. At 6.3 ounces, it’s lighter than the iPhone 11, too, though not as light as the 5.7-ounce S20. 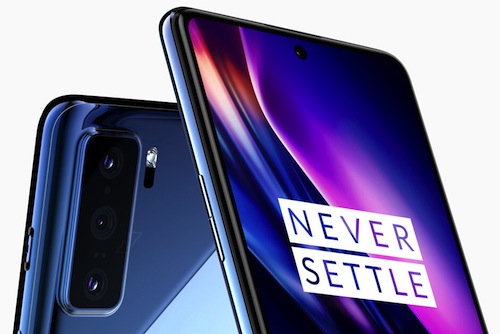 The ultra-wide unit offers 16MP images, not so wide 116 degrees field of view and f/2.2 aperture while the macro shooter has 2MP resolution, big 1.75µm pixels and f/2.4 aperture. Take a loot at some ultra-wide snaps.

Unfortunately, though, the 48MP sensor used for the OnePlus 8 isn’t the same as on the 8 Pro. This one here is the older generation Sony IMX586 image sensor with the 0.8µm pixels instead of the big 1.12µm pixels used in the Sony IMX689. You still get OIS and big f/1.75 aperture though.

Naturally, the OnePlus 8 comes with the latest and greatest from Qualcomm – the Snapdragon 865 chipset paired with an external Snapdragon X55 modem working on 4G and 5G bands. There’s no support for the 5G mmWave but it does offer WiFi 6.

Sadly, both wireless networks are scarce – only a handful of countries have limited 5G connectivity while WiFi 6 routers are rare and expensive for now.

And since the chipset now supports LPDDR5 memory, OnePlus is also making the jump from LPDDR4X memory with the 8 Pro but the vanilla 8 is still running LPDDR4X memory, which is 50% slower and has 45% higher power consumption compared to the new generation.

Though, we don’t think the general user would notice any difference. Anyway, you have the choice between 8 and 12GB of LPDDR4X RAM and 128 or 256GB of UFS 3.0 internal storage.

On the software side, there are a couple of new display settings in the menu like the ability to hide the punch-hole with a black bar on the top.

Probably the niftiest new feature is the contextual charging called Smart Charging. The software tracks your usage habits so when you leave your phone on the charger before you go to bed, the phone will start charging and then stop at a certain point.

And right before you wake up, Smart Charging will kick in and top up the rest. This should preserve the battery in the long run.

Unlike the OnePlus 7T, the OnePlus 8 isn’t offering a big upgrade over its predecessor. Sure, the increase in battery capacity and screen size will be appreciated by some but the increase in price mostly because of 5G is probably going to be an issue.

The company has made its phones the flagships that flagship killers can take an aim at rather the other way around.