What is a nuclear power plant used for? 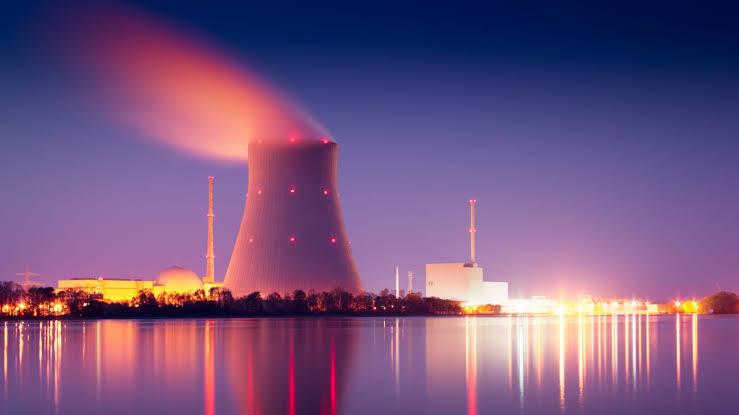 The nuclear power plant can generate a huge amount of electricity with a small amount of uranium, It can generate the electricity remarkably stable, it doesn’t release the greenhouse effect gas at all, The nuclear power plants do not require a lot of space but they have to be built near a large body of water for cooling purposes, they are usually found on the coast, So, There is no risk to drinking water sources.

The nuclear reactors can be manufactured small enough to power the ships and submarines, The nuclear power stations do not burn the fossil fuels to produce the electricity, So, They do not produce damaging, The nuclear energy can be produced from the nuclear power plants even in the cases of rough weather conditions.

The nuclear power produces a small volume of waste (although that waste is radioactive), We can control the output from a nuclear power station to fit our needs.

The generation of electricity through nuclear energy reduces the amount of energy generated from fossil fuels (coal and oil), and less use of fossil fuels means lowering the greenhouse gas emissions (CO2 and others).

Less fuel offers more energy, It represents a significant save on the raw materials but also in the transport, handling, and extraction of the nuclear fuel, the cost of nuclear fuel (overall uranium) is 20% of the cost of energy generated.

The nuclear energy has the lowest impact on the environment since it does not release any gases like carbon dioxide, methane which is responsible for the greenhouse effect, there is no adverse effect on the water, land or any habitats due to the use of it.

The production of nuclear energy needs very less amount of raw material, This means that only about 28 gram of uranium releases as much energy as produced from 100 metric tons of coal, Since it is required in small quantities, transportation of fuel is much easier than fossil fuels.

The nuclear-powered ships and submarines pose a danger to the marine life and the environment, Old vessels can leak the radiation if they are not maintained properly or if they are dismantled carelessly at the end of their working lives.

Many people living near to the nuclear power stations or waste storage depots are concerned about the nuclear accidents and the radioactive leaks, Some fear that living in these areas can damage their health especially the health of young children.

The radiation has bad effects to the environment and the human health, And it causes water pollution, there is a big risk of the nuclear accident where it releases the radiation to over a wide range, It can destroy everything if the accident occurred.

Radioactive waste from the spent nuclear fuel is the most difficult issue of the nuclear power generation, Most of the waste will be buried, The radioactive waste is dangerous, It releases the radiation for 100 thousand years.

The disposal of nuclear waste is very expensive, As it is radioactive, Decommissioning of nuclear power stations is expensive and it takes a long time.

The nuclear accidents can spread radiation-producing particles over a wide area, This radiation harms the cells of the body which can make humans sick or even cause the death, Illness can appear or strike people years after they were exposed to the nuclear radiation and genetic problems can occur too.

Uranium is used in the process of fission, As it is a naturally unstable element, So, Special precautions must be taken during the mining, transporting and storing of uranium to prevent it from giving off harmful levels of radiation.

What are 5 advantages of nuclear?

The advantages of nuclear power are:

What are the uses of nuclear energy?