The customized sensor of a camera smartphone arranges pixels in a unique pattern in order to let in more light. Thereby producing better images that are rich in quality and brightness. A smaller aperture number means that the camera allows more light into the lens. This is what makes the phone camera better. 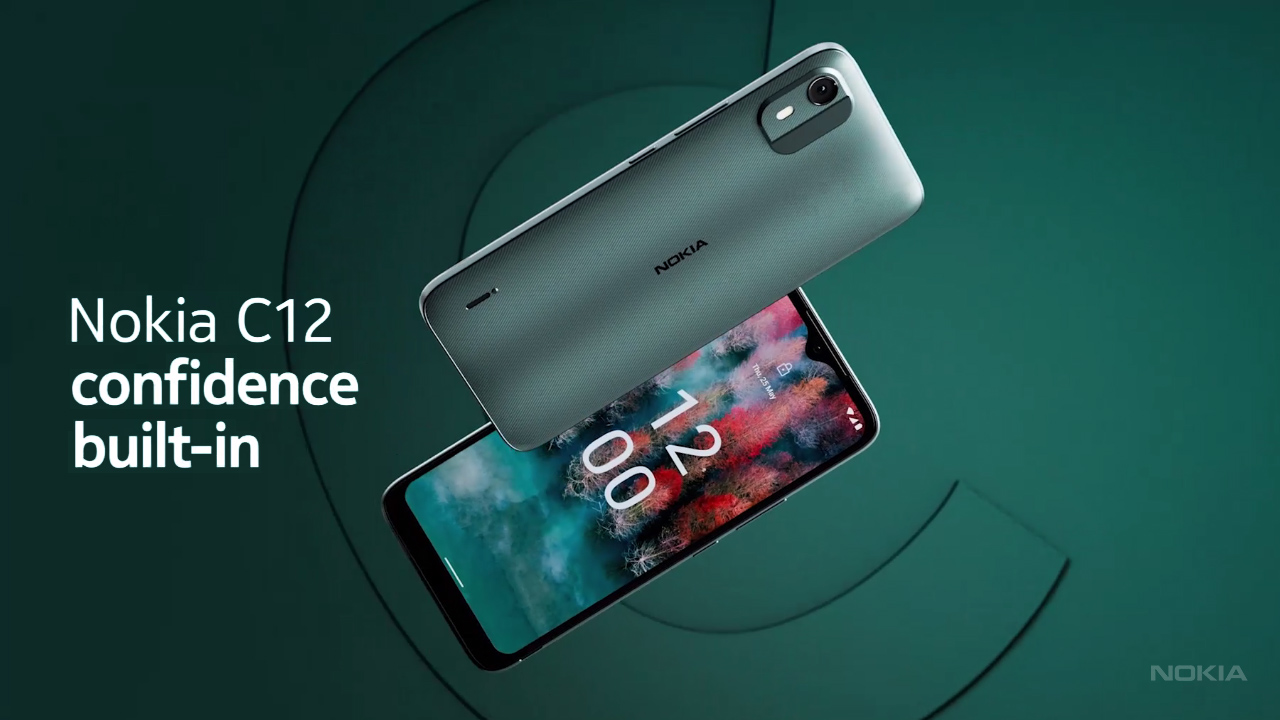 LCDs are lit with a backlight as pixels are switched on and off electronically while using the liquid crystals to rotate polarized light. Nokia C12 mobile was launched on 18th January 2023. The phone comes with a 6.30-inch touchscreen display (HD+) and an aspect ratio of 20:9.Nokia C12 comes with 2GB of RAM.

The Nokia C12 runs Android 12 (Go Edition) and is powered by a 3000mAh removable battery. The display size is 6.3 inches with an IPS LCD capacitive touchscreen that provides a resolution of 720 x 1600 pixels. The internal storage is 64 GB that supports 2 GB RAM.

It is powered by the Unisoc SC9863A1 Octa-core processor while the GPU is IMG8322. The smartphone is packed with a dual-camera on the rear side that consists of 8 MP and on the front also a 5 MP camera. This camera smartphone is a device that will be able to capture photographs and often record videos using one or more built in digital cameras.

Nokia announced the launch of the C12 smartphone in 2023. The manufacturer is offering the Nokia C12 phone with 6.3 inches display, Unisoc SC9863A1 chipset, 2 GB of RAM and 64 GB of internal storage.

The weight of Nokia C12 is about 6.24 oz with battery, which is average compared to most of the smartphones with same size. The dimensions of this Nokia phone are average (6.32 x 2.93 x 0.34 inches).

The Nokia C12 comes with Android OS v12.0 Go Edition out of the box, but it is upgradable to the next OS.

The size of C12 screen is measured diagonally, from corner to corner. The 6.3 inches IPS display of Nokia C12 with 720 x 1600 pixels resolution is multitouch capable.

The internal memory of Nokia C12 (2 GB) cannot be expanded, but the internal storage (64 GB) can be expanded with a compatible microSD card.

The camera of the C12 is equipped with autofocus. An autofocus (or AF) optical system uses a sensor, a control system and a motor to focus on an automatically or manually selected point or area. Very few Android cameras come without autofocus. Nokia C12 on the rear packs 8-megapixel camera. It has a single front camera setup for selfies, featuring a 5-megapixel sensor.

The Nokia C12 supports 2G, 3G and 4G/LTE networks. This phone has a built-in GPS. GPS is a highly accurate navigation system using signals from satellites to determine a location on the Earth’s surface, irrespective of weather conditions. Most phones have a GPS unit on board. The C12 phone has built-in FM radio. The built-in FM Radio is great for listening to your favorite radio station. Connectivity options on the Nokia C12 include Wi-Fi 802.11 b/g/n, Bluetooth v5.20, and Micro-USB. Sensors on the phone include accelerometer, ambient light sensor, and proximity sensor. The Nokia C12 supports face unlock.

The Li-Po 3000 mAh battery gives the smartphone a good battery backup. The lithium polymer (Li-Po) battery is a thin, light-weight, rechargeable battery. No periodic discharge is needed and charging can be done at random. The battery of C12 is removable. You can simply buy a new piece from the open market and interchange it easily by yourself.

Smartphones today come with a wealth of sensors to facilitate a better user experience. The accelerometer is a sensor that measures the tilting motion and orientation of the phone. This Nokia phones comes with proximity sensor. This proximity sensor detects how close the phone is to an outside object, such as your ear. The Dual SIM capability of Nokia C12 phone is ideal for businesses wishing to provide staff with a mobile device that can offer separate numbers and bills for both personal and business use. This smartphone doesn’t support fast charging technology.