The Nokia 2.3 is 183 g and 8.7 mm thin. it has a dew drop notch and thin bezels with a chin at the bottom with the Nokia logo. This handheld device does not come with a fingerprint sensor however it does have Nokia face unlock. The smart phone has been launched already in india and will be available for purchase in Africa, Nigeria being the first african country this phone will go on sale for in the coming months. The Nokia 2.3, like x.2 series of Nokia phones, has a dedicated google assistant button on the left side of the phone which can be pressed to quickly activate the Google Assistant or held and released for the Google Assistant to start and stop listening. The phone can be bought in 3 colors, Cyan Green, Sand & Charcoal. 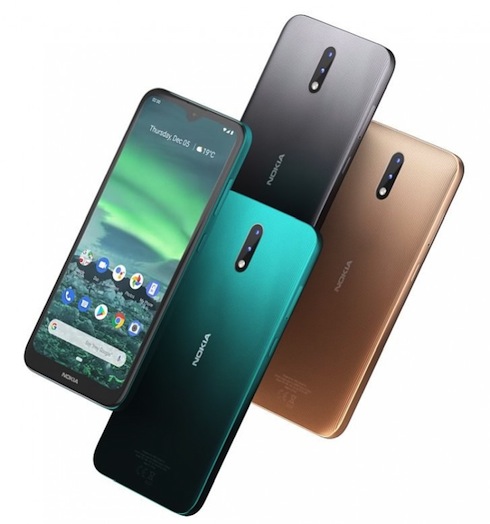 The Nokia 2.3 price is on sale in Nigeria for the range at (NGN) 37,000naira. The sale of the phone has already kicked off in India and customers who buy the phone before March 31, 2020, will get a replacement smartphone from a Nokia Official Store if their existing device experiences hardware failure.

It can be purchased at any e-commerce store close to you when it finally drops in Nigeria. 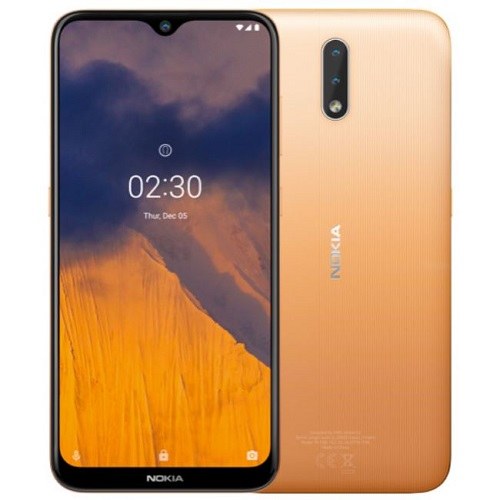 It has two cameras on the back of the phone, a 13 MP main sensor and a 2 MP depth sensor.On the front there is a single 5MP sensor. Its rear cameras have a dedicated night mode to take better pictures in low-light conditions. It films at 1080p 30 fps and supports auto HDR when taking photos which can also manually be turned on and off. The Nokia 2.3 has a single camera of 5-megapixel with an aperture rating of f/2.4.

The 2.3 has a different battery from its predecessor, a 4000 mAh non-removable battery. instead of a 3000 mAh removable one.The top notch device  has 5W fast charging technology. The device flaunts 4G LTE Network for Fast browsing and downloads. It is backed by a 4000 mAh battery. Connectivity features in the smartphone include WiFi, Bluetooth, GPS, Volte, and others.

Nokia 2.3 smartphone runs on Android v9.0 (Pie) operating system. The phone is powered by Quad core, 2 GHz, Cortex A53 processor. It runs on the MediaTek Helio A22 Chipset. It has 2 GB RAM and 32 GB internal storage. On the software side, The Nokia 2.3 is powered by Android 9.0 (Pie), planned an upgrade to Android 10.0 and it’s based on Android One.

Differences between Nokia 2.3 and from Nokia 2.2