The Nissan X-Trail is a compact crossover SUV (C-segment) produced by the Japanese automaker Nissan since 2000. It was one of Nissan’s first top crossover SUV and was released about the same time as several other companies’ competing car-based crossovers.

Since its introduction, the X-Trail is fully positioned below the truck-based Xterra and Pathfinder. The X-Trail is a front-wheel drive 4 door with 7 seats, powered by a 2.5L INLINE 4 engine that has 126 kW of power (at 6000 rpm) and 226 Nm of torque (at 4400 rpm) via a Continuous Variable. 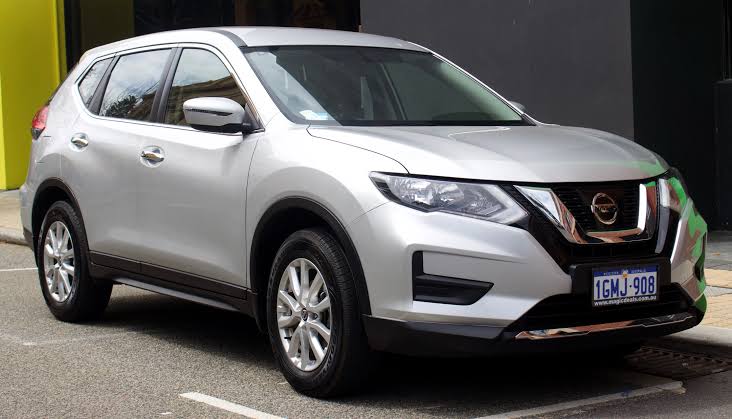 Much of the focus in the world of automobiles is given to brands like Toyota, Honda, Peugeot, Mercedes Benz, and so on. However, there are some brands that just keep gaining grounds on a low key, producing amazing products for its own customers, intentional or not.

Nissan is one of such brands. Fully called Nissan Jidōsha, the Japanese auto brand is a multifaceted car maker, marketing its brand under three different sub-brands, namely Nissan, Datsun, and Infiniti.

Its offerings range from Automobiles, luxury vehicles, and commercial vehicles, to outboard motors, and forklift trucks. As at 2016, it had a production output of more than five million units. While the major stakeholder of Nissan is Renault holding more than 43% shares in the company, Nissan Group and Mitsubishi are other shareholders.

Nissan also happens to be the leading Japanese auto brand in Russia, China and Mexico, while it was announced in 2013 as the sixth largest automaker globally, only after brands like Toyota, General Motors, Volkswagen, Hyundai and Ford.

This spectacular automobile collection is a compact crossover first produced in the year 2000. With Nigerians and the rest of the world already savoring the goodness that earlier models, such as Pathfinder and Xterra, brought, we didn’t realize that another special package was being prepared.

Recent releases though, especially with the third generation present the vehicle with a longer frame, causing a rethink, and it is now called a mid-size crossover.

While it is Nissan’s first crossover, it came at a time when the company needed to compete favourably with other brands who were also just producing crossovers for the global market.

So we had releases like the Suzuki full Grand Vitara, Mazda Tribute Sibling, Ford Escape, Hyundai Tucson, Toyota RAV4, and the Honda CR-V gaining entrance into the market. With such tough brands making their way in, it is amazing that the Nissan X Trail got as much attention as it did.

Coming on board six years after the X-Trail was produced, the Qashqai had to present something different. Indeed, it did. It is a unique and compact crossover SUV. The first generation of the Qashqai had the name Nissan Dualis in countries like Japan and Australia.

The second generation, which is still the same newest version, released in 2014, is sold as the Qashqai in most countries except the United States where it is called the Nissan Rogue Sport.

The Nissan Qashqai has used several body for platforms since it was first introduced. Now Specifically, it replaced the body-on-frame Mistral/Terrano II style and has also seen the more recent P32L platform, which is going to be used by subsequent models as well.

And for those who do not know, Qashqai is a local term for “a horse with a white forehead”. The first generation (J10) was produced between 2006 and 2013, while the second generation (J11) has been produced since 2013 till date.

Things you should know about Nissan X Trail and Qashqai 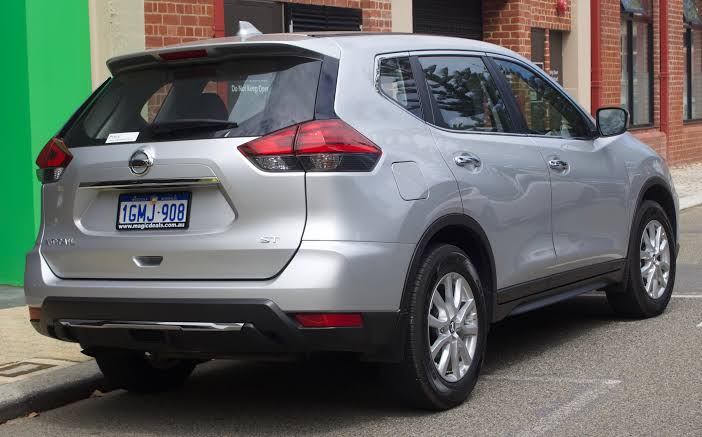 There are amazing similarities between the two brands for obvious reasons. The Qashqai model succeeded the X Trail and was proposed as an improvement on the former.

The two models are known to possess amazing features and have taken a fair share of the market since the first one was produced.

Benefits about the X Trail and Qashqai

With the diesel and petrol engines, the X Trail is amazing to drive, and so is the Qashqai. However, to ensure maximum performance, I’d suggest you go for the diesel.

The driving position on the two models is very comfy as a result of lumbar support on the driver’s seat. The interior also parades a armrest, adjustable seat height, and a beautifully laid out dashboard for convenience.

For the X Trail, there is an optional third row of seats that makes it able to take about 7 people. The Qashqai, on the other hand, has great space and lots of headroom too- something the X Trail lacks.

Considering fuel economy and resale value, these models are actually very competitive when compared with certain brands in its category.

What you may not like in the X Trail and Qashqai

One issue you may have with these SUVs is the wobbling you may experience when it gets into potholes or over bumps. It takes some time to regain balance. Apart from that, efficiency might be an issue on the long run too.

Just take your time, figure out what works for you and go for it.Getting spare parts may also be an issue as well. Although the parts are not really expensive, their availability still raises a lot of questions.

The second-generation X-Trail shares its top platform with the Rogue. Since 2013, the model has been sold as the X-Trail in all countries it is sold, except in the United States and Canada, where it rebadged as the Nissan Rogue.

The third-generation model is currently in full production in China and it is sold as Nissan X-Trail Honor from 2021. For the first time, the vehicle is offered with three-row seating as an option. It also marked a departure in terms of design from a rugged boxy look to an urban-oriented crossover SUV design.