The Nikon Z6 is one of two full-frame mirror less cameras introduced by Nikon in August of 2018. It’s very similar to its big brother, the Z7, with the main differences being the sensor (24MP vs 46MP) and the decrease in resolution that comes along with it. The Z6 also has fewer phase-detect autofocus points (273 vs 493) due to the lower-res sensor. Otherwise, you’re getting the same rugged body, the same (mostly) familiar controls and access to a small but soon-to-grow collection of Z-mount lenses. 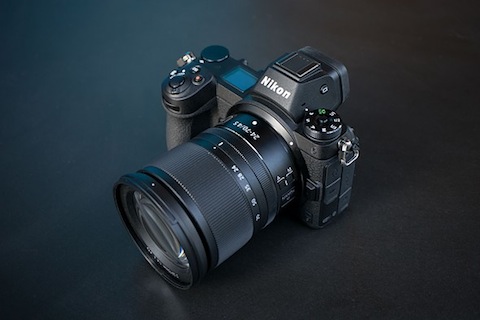 You see, Specifications aside, the Z6 is for a very different audience than the Z7. The latter is for those seeking ultra-high resolution and would also be considering cameras like the Sony a7R III and Nikon D850. The Z6, on the other hand, is intended to be be more appealing to those looking to upgrade from crop-sensor cameras or previous-generation full-frame DSLRs. The Z6 will ultimately be compared to its DSLR sibling, the D750 (which is getting on in years, but still very capable). While the two cameras have different designs, they operate similarly, with autofocus modes and video being the the most significant differences. 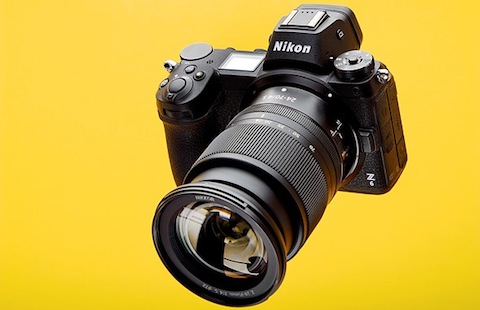 You do reap the benefits of the lower resolution sensor when shooting bursts, with a top frame rate of 12 fps (versus 9) and the ability to capture more photos per burst. Otherwise, you’re getting the same design and innovations found the Z6’s big brother, which is significantly more expensive.

The Nikon Z6 is very well-built and comes with a modern style that doesn’t stray too far from its DSLR roots. It’s about equal in size to the Canon EOS R and Sony a7 III and smaller and lighter than the Nikon D750 (but not by a lot). The Z6’s build quality is top-notch (and others agree), and whose durable, weather-sealed body remains surprisingly light in the hand. The Z6 has a very nice grip that puts most controls within each reach of your fingers, though it’s a bit of a stretch to reach the customizable buttons that sit against the lens mount. It’s pretty easy to end up resting your thumb on the AF-point joystick, which is great if you want to adjust the AF point but not-so-great when you accidentally bump it and get kicked out of playback mode. Something else that might bother large-handed folks is that there’s no real support for your pinky finger. A battery grip which will extend the grip is in development, but is not yet available.

Some key take aways you might want to consider :

Two things to note on the top plate are the mode dial and OLED info display. The mode dial has a lock, but it’s not something you can toggle on and off: it must be pressed down in order to rotate the dial. The OLED display shows the information you’d expect, and is visible in all lighting conditions. The two-button shortcuts for formatting a memory card or resetting the camera found on most Nikon DSLRs are absent from the Z6.

The Z6 has one of the sharpest and largest we’ve seen on a mirror less camera. It has 3.69 million dots and a magnification of 0.80x. What you see through the viewfinder is incredibly crisp, but live view is laggy. As you’d expect, there’s an eye sensor to switch between the viewfinder and LCD, with four different settings available: automatic, viewfinder only, monitor only and ‘prioritize viewfinder,’ which keeps the LCD black, except when shooting video or reviewing photos. Unfortunately, flipping out the LCD doesn’t disable the eye sensor, so you may find yourself tripping it accidentally when shooting from the hip.

Nikon promises support for faster CFExpress cards (which share the same form-factor as XQD) via a firmware upgrade in the not-too-distant future. The Z6 uses a single EN-EL15b lithium-ion battery, which is cross-compatible with the Nikon D750 and D800-series DSLRs, and can be charged in the Z6 over USB. The grey EN-EL15a batteries from those earlier-generation DSLRs can also be used in the Z6, minus support for charging. 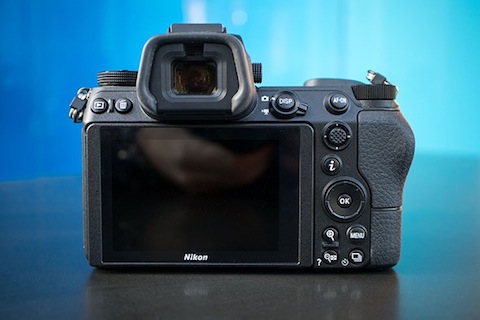 What it’s like to use the Nikon Z6 in Africa

We all know that camera’s can serve different purposes for different photographers, the right tool for one person might be the wrong one for someone else. With that in mind, we’ll be taking a look at how the Nikon Z6 stacks up for a variety of common uses, based on its specifications, our lab testing and the time we’ve spent with it in the real world.

we do have one or two of these events periodically in the course of our daily lives so its a good vibe to pull with when you’ve got the nikon z6 in hand. The Z6 is compact and light enough to get full-frame photo quality on the road. While there’s no true Z-mount travel zoom out yet, F-mount lenses with more versatile focal ranges than native lenses can be adapted. Images look very good straight out of the camera, and they can be shared quickly via Nikon’s much-improved SnapBridge system. USB charging lets you keep the battery topped up, and a charger is included to keep a spare ready to go.

Pro’s Of The Nikon z6

Con’s of the Nikon z6 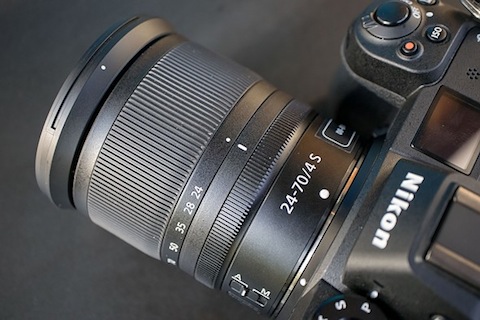 The Z6 should be near the top of your list if you’re thinking about going full-frame mirror less in 2019. It may not have the insane resolution of its big brother the Z7, but what it does have is better quality 4K video, a deeper buffer and perhaps most importantly, a more realistic price tag. Along with the Sony a7 III, prospective buyers now have two exceedingly well-rounded full-frame cameras to choose from. Still, this beautiful piece goes on sale for at most $2000 which is (NGN) 720,000 naira. And if you are purchasing with the Nikon Z 24-70mm F4 S lens then Nikon will knock off a $100 discount which is (NGN)36,000 naira in our currency today. Note that prices due vary according to various outlets close to you. If you would love to purchase the Nikon z6 you can call the LOCK Store in Nigeria:

Distributors of Nikon Z6 in Africa