Available in Midnight Magenta and Solar Black, the Motorola Edge looks pretty and feels solid but not too heavy in the palm. Love it or leave it, Motorola is going all-in with the display curves, too, which aid in keeping the phone narrower than the screen diagonal number suggests.

The 6.7-inch OLED display slopes sharply on both sides, enhancing the aesthetics of the phone, and making the back interface gesture a breeze.

The tall 21:9 aspect ratio of the display makes the large phone rather comfortable to hold and operate with one hand. 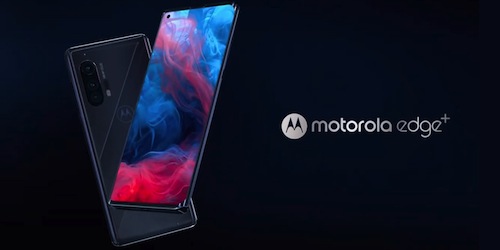 The ridged power/lock key helps you feel it without looking, and, overall, the Moto Edge design, while not winning any contests in originality, is rather ergonomic.

On the other side of the Atlantic, a more reasonable $1000 makes the Verizon-exclusive Edge+ an already much more enticing proposition even before looking at what the new Moto has to offer.

It’s got 2 to 3 times more of it than the Edge (available in 4GB and 6GB trim levels). Okay, these differences do make a case for the top-dollar (top-euro?) pricing.

There’s more too. A 108MP main cam on the Motorola Edge+ puts it in select group of phones that includes just a couple of Xiaomis and that very Galaxy S20 Ultra.

It’s the single most distinct design element of the Edge,+ and it’s one we really like – strictly from a design standpoint, that is.

Curved displays are always going to be cooler than plain flat ones in our book, and as curves go, the ones on the Edge+ are only matched by the Mate 30 Pro and the vivo NEX 3. And the Motorola Edge non-plus, of course. 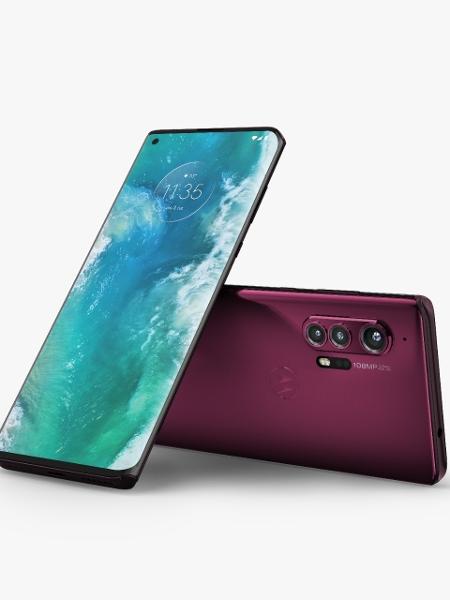 A few other differentiators exist between the two Edges, like the flagship’s 6K video recording capability and its two-way wireless charging support.

The Edge non-plus does have a microSD slot, while the Edge+ doesn’t, but 256GB sounds plenty and it’s not like all high-end models have the option for expansion. There’s a bit Moto’s latest share that is moderately impressive – the headphone jack.

The display has virtually no borders on the sides with some more bezels top and bottom. The top one has a cutout through which the earpiece/second speaker fires and it doesn’t have a grille or a mesh covering it, and we can imagine that will get filled with lint as time goes by.

Moto Actions are an assortment of clever ways for interacting with the phone – including a karate chop for toggling the flashlight on or off, twist motion to launch the camera app, three-finger screenshot gesture, accelerometer-based ringtone silencing.

Edge lights is a set of features that will light up the curved sides of the display for calls and notifications, as well as when charging the phone.

You can set those to only be active when the screen is facing down for maximum coolness effect. This is when the bundled case with its raised top and bottom lips comes in handy.

Moto Game-time is the company’s set of tools for enhancing mobile gaming and now it offers a cool new feature – you can add virtual triggers on the edge, which you can use on popular action games and is a rather unique feature.

If you turn on Immersive mode, it will filter out calls and notifications for you, while the Performance section allows you to turn off adaptive brightness, disable the edge portions of the display and turn on audio enhancements.

An optional in-game floating icon called Toolkit gives you quick toggles for calls and notifications, access to your choice of two messaging apps as well as access to the full Game-time settings.

The Motorola Edge+ is equipped with a triple camera system aided by an extra ToF pair. It’s a fairly standard arrangement with a moderately wide primary cam, an ultra-wide one, and a short telephoto.

The lens on the Moto’s primary cam has an f/1.8 aperture and features OIS. The equivalent focal length isn’t explicitly specified by Motorola, but the EXIF data in Manual mode says 26mm, and we’re inclined to agree.

Moving on to the ultra wide. This one is shared with the Motorola Edge non-Plus and uses a 16MP sensor behind a 13mm equivalent f/2.2 lens that does have autofocus. 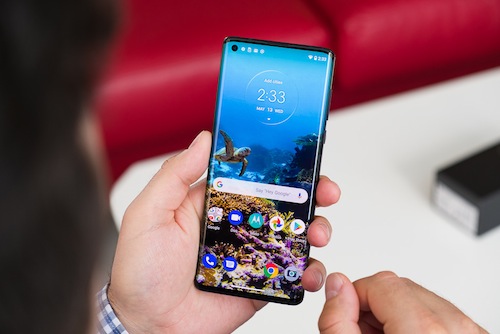 Which brings us to the telephoto. It has an 8MP OmniVision Type 1/4.4″ sensor with 1.0µm pixels and is placed behind an f/2.4 aperture lens that gives it 3x optical zoom power when counted from the main cam’s FoV.

And here’s one of the Edge+’s idiosyncrasies – when shooting in Auto mode, the 3x toggle gets you to a much further zoomed-in state than 3x, more like 6x in fact.

And that’s on top of the fact that in Auto mode the phone spits 27MP images from all three cams – so both the ultra-wide and telephoto shots are upscaled by default. This is a strange limitation we’ve seen on several previous Moto phones but the upscaling factor here is huge.

Imagine those 8MP shots that get upscaled more than three times to 27MP. Why would Motorola do that is beyond us.

We already know from the Edge that the ultra-wide camera Motorola is using is a very capable performer. It comes as no surprise then that the images show excellent contrast and dynamic range and really like able lively colors.

The thing is though, on the Edge+, the ultra wide shots get upscaled to 27MP somewhat spoiling the result when you hit the 1:1 button – the detail is there, it’s just that a certain softness shows in examining them up close. Still, properly good shots from this one. 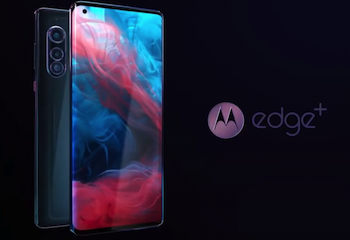 The Motorola Edge+ is powered by a 5,000mAh battery – quite the size able capacity. The Galaxy S20 Ultra does have the same capacity, but the Mi 10 Pro and the OnePlus 8 Pro are in the 4,500mAh ballpark, while the Find X2 Pro and the P40 Pro pack the least amount of juice at 4,200mAh or thereabout.

The Price of the Motorola Edge+ is on sale for  $649 which is about (NGN) 253,110 naira, and you can purchase this amazing device on Amazon.