As one might expect, Mercedes-Benz is at the forefront of adding tech features throughout their lineup. This 2020 Mercedes-Benz GLC 300 is no exception — it’s fairly stuffed with glitzy, techy gear to make driving easier, along with making the other things you do while driving a bit less distracting. 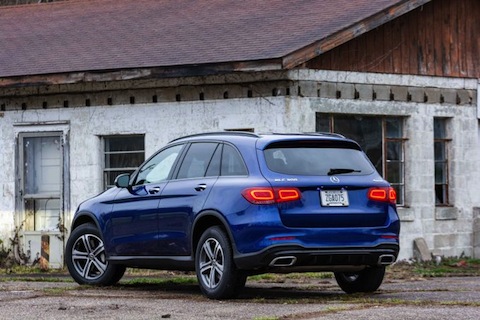 And nearly all of it works as you’d expect — if you can manage a smartphone, you can swipe right on this compact crossover.

The 2020 Mercedes-Benz GLC lands in the top third of our luxury compact SUV rankings. It delivers on almost every front, providing an enjoyable driving experience, a comfortable interior, and plenty of technology.

Is the Mercedes-Benz a Good SUV?

Yes, the Mercedes GLC is a good SUV. It’s available in two body styles: a regular SUV style and one with four doors and a more steeply pitched roofline that Mercedes calls a coupe.

It offers several power train options, including turbo-four and high-performance V6 and V8 engines and a plug-in hybrid.

The GLC handles well and rides smoothly, and it has a posh interior. The seats are comfortable, and the infotainment system is user-friendly.

The GLC does have a couple of nit-picky negatives, like the amount of rear-seat headroom in coupe models and some turbo lag when you hit the gas.

Also, some rivals have more cargo space than the GLC. But overall, it’s hard to find a reason not to like this SUV.

The front seats, on the other hand, are nearly perfect. With plenty of adjustability to the driver’s seat – including an extendable lower bolster! – the GLC 300 is a great place to while away hours behind the wheel.

The center console is nicely padded where my knee rests, and the chunky steering wheel feels great to hold. 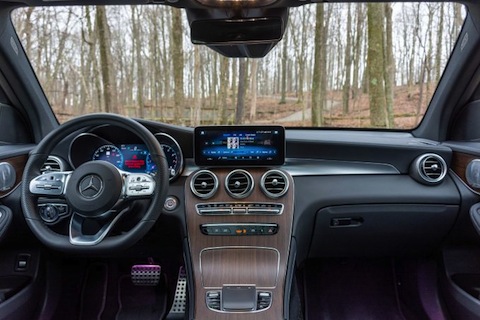 It also includes artificial intelligence that learns and adapts to the user to improve the overall experience.

Regarding technology – the dual screens married to a center console touch pad seem intimidating at first.

The competition for the best interior among small luxury crossovers is fierce, but the GLC stakes its claim with a handsome cabin that’s filled with plenty of top-notch materials. It’s also well-insulated from wind and road noise.

There are two complete sets of LATCH connectors for the GLC’s rear outboard seats, as well as an upper tether for the rear middle seat. The tether anchors are easy to find and identify, but the lower anchors can be difficult to maneuver around.

How many People Does the GLC seat?

The GLC seats five people in both body styles. Both rows of seats are comfortable and supportive. Head- and legroom are good up front, and adults can ride in the back without feeling squeezed. The coupe body style doesn’t have as much rear-seat headroom because of the raked roofline. 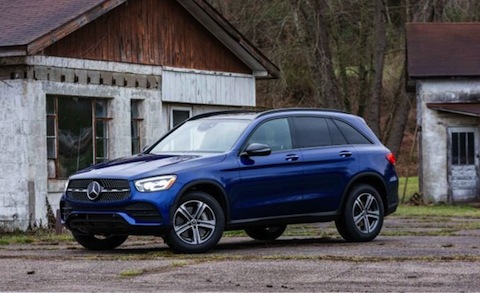 You can’t really go wrong with any of the GLC’s engines. Even the base engine – a 255-horsepower turbocharged four-cylinder – has enough juice to move this Mercedes easily in most driving situations. However, there’s a little bit of turbo lag when you hit the gas.

Finally, there’s a plug-in-hybrid model, the GLC 350e, that is available already in the U.S. It features a four-cylinder engine and an electric motor that combine to produce 315 horsepower. Like the other GLC models, the 350e comes with a nine-speed automatic transmission.

It takes about eight hours to recharge the GLC 350e plug-in hybrid using a Level 1 charger (a 110-volt household-style outlet). With a Level 2 charger (240 volts), it takes about 2.5 hours. All-electric range estimates for the GLC 350e are not yet available.

This amazing ride provides a cushioned ride over almost any road surface. It doesn’t match the sporty feel of some competitors, but this Mercedes-Benz delivers plenty of driving enjoyment and doesn’t feel overmatched on the highway, on winding back roads, or even during light off-roading.

Standard driver assistance features include a rearview camera, driver drowsiness monitoring, active brake assist, and crosswind assist. Pre-Safe is also standard. This system tightens the seat belts and rolls up the windows if a collision is imminent.

The Mercedes-Benz GLC comes with a four-year/50,000-mile warranty.

Should I Buy a New or Used Mercedes-Benz GLC? 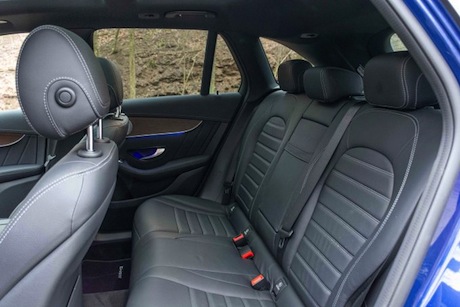 The new GLC makes a good choice for buyers who want the latest and greatest, though there are plenty of similar used models available as well.

The 2020 GLC belongs to a generation that began with the vehicle’s debut for 2016, and there have been some noteworthy updates since. The GLC is heavily refreshed for 2020.

If you’re open to buying a used vehicle, consider shopping across all of the GLC’s model years. You won’t miss out on many features, and you’ll probably spend less money.