Despite what people may tell you, in Africa today there remains a market for small and midsize cars. Companies like Mazda continue to refine their offerings in the segment, resulting in some of the best three-box family whips ever to come out of Hiroshima. Like so many other brands, Mazda deploys an alphanumeric system with which to label their machines. Here, at least, there is some semblance of order. The Mazda 3 is smaller in size than the Mazda 6, plain and simple. The little brother does have a pair of body styles, sedan and hatch, whereas big bro is a sedan-only affair. 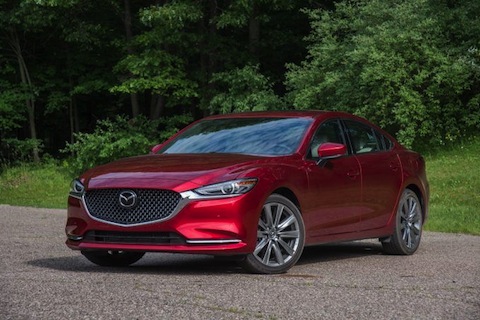 A mid-cycle refresh for the 2018 Mazda 6 was unveiled in November 2017 at the 2017 Los Angeles Auto Show. Changes to the 2018 Mazda 6 include new front and rear fascias, new aluminum-alloy wheel designs, standard i-Active sense driver assistance technologies on all Mazda 6 trim levels, new interior fabrics and upholsteries, and two new trim levels, Grand Touring Reserve and Signature. While the base Sport and Touring trims receive the previously-available 187-horsepower, 2.5L SkyActive I4 gasoline engine, the Grand Touring, Grand Touring Reserve, and Signature trims receive a 2.5L SkyActive turbocharged I4 gasoline engine that produces 227 horsepower (250 horsepower on high octane fuel). A six-speed automatic transmission is standard on all trim levels except the base Sport trim, while a six-speed manual transmission remains available only on the base Sport trim level. 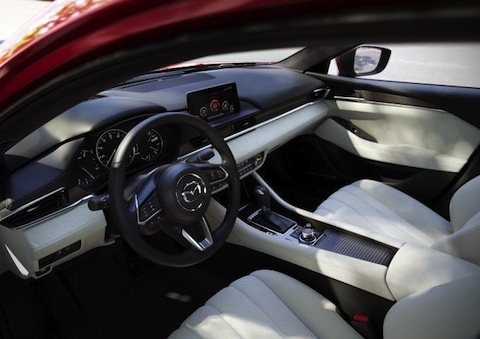 A choice of two power teams face buyers of the Mazda 6 sedan. Both displace 2.5L but one is turbocharged. The non-boosted mill makes 187 horsepower and 186lb.-ft of torque (sound familiar?) and is paired with a six-speed automatic. Adding a turbocharger to this engine bumps output to 227 horses – or 250hp when fed a steady diet of 93-octane fuel – and a heady 310lb.-ft of twist. This engine also plays well with a six-speed automatic but, thanks to the turbo’s different style of power delivery, features different gear ratios. Regardless, the bottom line is that when you as an African purchase this car, you will deeply enjoy the wave of torque found in the turbocharged Mazda 6. The six-speed manual in the Mazda 3 is great fun, allowing drivers to row their way through a fun back road, but it is only available on high-zoot trims.

Fuel Economy of the mazda 6

Using this brand is very daring as Speed costs money, still how fast do you want to go? Non-turbo mazda 6 sedans predictably get better fuel economy than their hi-po brothers. Mazda ranks the naturally-aspirated 2.5L engine at 26 / 35 / 29 and the turbo mill at 23 / 31 / 26 (mpg, city / hwy / combined). The bottom line is that It is a remarkable achievement that the much larger mazda 6 gets essentially the same economy numbers as the 3 sedan and hatch. The bigger car costs more upfront, of course, but running costs – at least in terms of fuel – will be roughly equal. 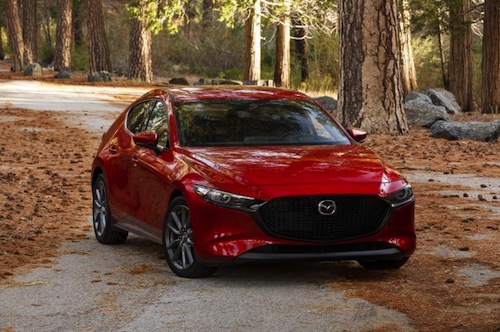 While the owners where manufacturing this amazing ride, this one in particular had a feminine touch to it. It is just how it is cozy and fresh if you ask me. But not for guys. With that being said, the same engine is available across the 3 line in the form of a 2.5L four cylinder making 186 horsepower and an equal 186lb.-ft of torque. Despite bearing a snazzy SKY ACTIVe-G moniker, it run just fine on regular unleaded and has no power adders. The sedan is only available with a six-speed automatic while certain trims of the hatchback can be had with a tasty six-speed manual ‘box. It should be noted that the Mazda 3 can be fitted with all-wheel drive, a rarity in this class. That motivation is an automatic-only deal.

Fuel economy of the mazda 3 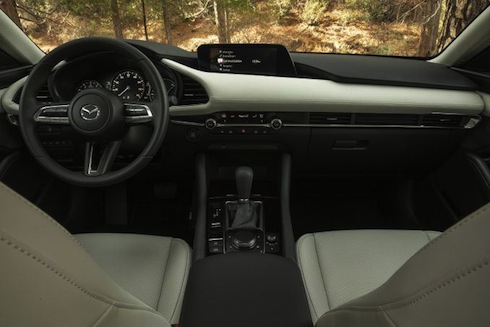 In the case of the mazda 3,Front-drive versions equipped with the automatic transmission earn a fuel economy rating (mpg) of 26 / 35 / 30 on the city, highway, and combined cycles respectively. Oddly, the stick shift (hatchback only) exacts a 1mpg penalty across the board except in highway driving. Selecting all-wheel drive scuppers economy by a slight margin, forcing the company to advertise numbers of 25 / 33 / 28 for the sedan and 24 / 32 / 27 for the hatchback.

You can see for your self that the mazda 6 in terms of style is just so sleek. why, because In a world where even the staid Toyota Camry has been fettled to look like a stormtrooper’s helmet, the mazda 6 sedan has a remarkably fluid and graceful shape. Flared and curved sheet metal above the front wheels recall the MX-5 convertible and – dare we say it – the lamented RX-8 coupe. An elegant set of peepers booked a grille that’s bordering on just a bit too large.

While the new mazda 3 just oozes cubic acres of style. To say it looks like a modern day Alfa Romeo Brera is a fair assessment and high praise. Buying a small car used to mean eating off the naira menu but today’s small Mazda sedans and hatchbacks would look at home in any driveway or condo parking garage. Stylists gave the hatchback version a rump to rival NickiMinaj and a set of taillights that look like afterburners.

See ehh let me just give you a hint “All of the machines in this comparison are attractive but the mazda 3 hatchback, especially in Soul Red Crystal Metallic, is the best-looking vehicle of this bunch”. Conversation over.

It will surprise no one that the hatchback version of this car aces the cargo test, offering a voluminous 20.1 cubic feet of space behind its rear seats. Selecting the sedan chops that available room to just 13.2 cubes, meaning those who pursue an active lifestyle but don’t want a me-too crossover would be wise to check out the mazda 3 hatchback cargo capacity.

Total cargo volume of the mazda 6 is 14.7 cubic feet. As a traditionally-shaped sedan, its trunk can accept gear that is wide but not very tall. Suitcases and carry-ons are no problem but cube-shaped boxes will be a challenge. The rear seats do fold down to accomodate long items.

For 2019 model, the base Mazda 3 sedan starts at an even $21,000 which is (NGN) 7,560.000 naira. while the Mazda 6 is on sale for $29,800 which is (NGN)10,728,000 naira. The Mazda 6 offers a lot of family space for the money. At this sum, one will find themselves in a Sport trim featuring all manner of LED exterior illumination and zoomy dual exhaust outlets. Inside are a leather wrapped steering wheel and a push button start system. It’s hard to argue with the mazda 6 Sport’s value proposition, especially given its attractive and spacious interior. Style conscious gear heads will have no doubt noted the cheapest version of the striking 3 hatch is priced $200 below the entry-level mazda 6 sedan. Style or space? It’s your choice. Still on still, Despite their sales numbers taking an African turn, it’s tough to go wrong with either of these beautifully styled cars. There’s a lot to like in both machines, from their exterior styling to a cabin that looks a lot more expensive than it really is. Outwardly, there’s little to distinguish their individual trims (thanks, economies of scale!) so it’s unlikely your nosy neighbors will be able to tell from a distance if you bought a base or fully-loaded model.