Logitech G Cloud is a very good handheld console for playing cloud-based and Android games. It feels fantastic, has access to tons of games and delivers great performance in the right conditions.

Cloud gaming is coming, and its promise is that it’ll allow you to play console-quality games anywhere, as long as you have a decent internet connection. 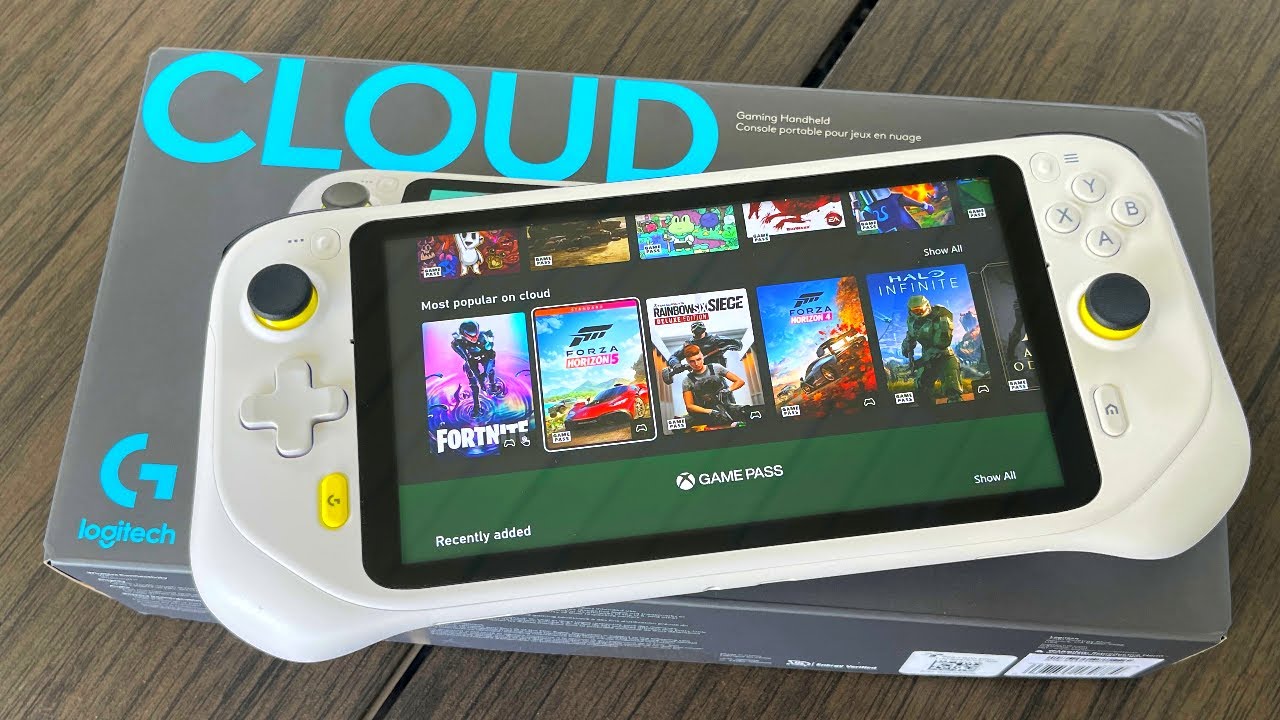 For most gamers, that means being able to play on a smartphone on the go. But as cloud gaming has become increasingly popular, so has dedicated cloud gaming devices — like the new Logitech G Cloud Handheld Gaming Console.

The G Cloud Handheld Gaming Console is essentially an Android tablet with controls permanently attached to it, and Logitech’s software thrown into the mix. It’s inexpensive at $349, and supports most game-streaming services, and native games, that you can get on any other Android device.

But game streaming isn’t fully here yet. Services like Microsoft’s Xbox Cloud Gaming are here, and relatively full-features — but other services aren’t super widely adopted or still have yet to fully roll out. Is the Logitech G Cloud Handheld Gaming Console worth spending your money on?

The main thing that sets the G Cloud Handheld Gaming Console apart from any other Android tablet is its design. The device has a 7-inch display in the middle, with controls on either side of the display — similar to a switch when the controllers are attached. The controllers can not be detached from the G Cloud though.

The controls are all ones you would expect in 2022 — you’ll get two joysticks, a D-pad, and ABCD buttons on the right. You’ll also get triggers on the top, and what Logitech is calling the G button. All the controls can also be remapped, which is a neat touch. On the bottom, you’ll get a USB-C port and a MicroSD card slot.

Generally speaking, the G Cloud Handheld Gaming Console is quite comfortable to hold in the hand. It’s not overly heavy, and it’s ergonomic to use for longer periods of gaming. The display on this device is fine for cloud gaming, but not incredible.

It’s a 7-inch LCD display with a 1,080p resolution, and it offers up to 450 nits of brightness. You will find that it gets bright enough for the majority of use, however I would have liked a higher resolution and HDR support, even if cloud services don’t really support those things just yet.

Under the hood, the G Cloud Handheld Gaming Console offers a Qualcomm Snapdragon 720G processor — which is a little disappointing to see. The chip is almost three years old, and the lack of performance seriously plays into how well native games run on the device. Coupled with that processor, you’ll find 4GB of RAM and 64GB of storage, however you can expand on that storage with a MicroSD card.

Unfortunately, the G Cloud Handheld only supports up to the Wi-Fi 5 standard, which isn’t great given the fact that Wi-Fi 6 and 6E are here, and Wi-Fi 7 is on the way. That’s especially true for a device that relies so heavily on an internet connection for its value.

The battery is a relatively large 6,000mAh battery, and Logitech says it’ll deliver up to 12 hours of gameplay. You won’t get anywhere near 12 hours playing native games, but you could get pretty close when streaming, depending on your display brightness.

You can use the Logitech G Cloud as a basic Android tablet, but perhaps the better way is to use it with Logitech’s software. This basically replaced the whole software experience with a row of games — the latest played being on the far left. It’s relatively simply, and very easy to navigate, and I quite like it.

The G Cloud Handheld is built mostly for cloud gaming, but you can install native Android games on it, as you would expect. I wouldn’t recommend doing so, however, unless you’re playing relatively lightweight and/or older games. Not that you should, but you also won’t be able to play any hardcore emulated games unless, again, they’re lightweight or very old.

Of course, the real advantage to this device is using it for cloud gaming — and that’s area that it does very well. Of course, that assumes you have a good internet connection — and if you don’t there’s not much the G Cloud can do about it.

The first time you will stream games locally, from your PlayStation 5 to the G Cloud Handheld. Unfortunately, the controllers won’t work with the official Sony Remote Play, so you’ll have to shell out $5.99 for the unofficial, but very good, PSP play app on the Google Play Store.

With this app, everything ran very smoothly, and controls were mapped perfectly. You will also play on Microsoft’s Xbox Cloud Gaming, and it will work flawlessly. Games felt smooth and responsive, and while you won’t get things like the higher resolution, HDR, and more, that you would get on a console, the experience is still excellent.

The Logitech G Cloud Handheld Gaming Console is a great device, but it’s hard to see exactly where it fits in most people’s lineup. For many, simply using a phone for streaming is more convenient — though that will require use of a separate controller in many situations.

If you are looking for a separate handheld device to use specifically for game streaming, then this is an excellent option — though I imagine many more people will be looking for a device like that in a few years or so.

There is simultaneously a ton of competition in this space, and very little. As far as dedicated handheld game-streaming devices go, this is probably the best right now, though the Razer Edge may change that when it comes out, and the Steam Deck is a great option too — but it’s also more expensive. It’s worth considering using a smartphone or tablet, too.