What is the most needed app?

The most useful Mobile apps in 2022 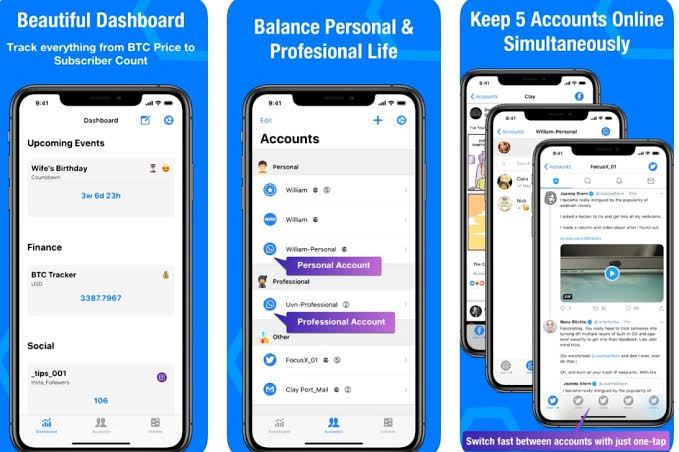 There are many businesses in the market which are giving their best efforts to satisfy the wishes of their customers, that too in a modernized manner desired by them.

However, due to the changing requirements of people every now and then, entrepreneurs need to stay updated with the latest trend ongoing among the people.

People tend to use applications to get the solution for every problem. It is because they are easily able to fulfill their requirements in a minimal time. According to sources, the usage of mobile apps skyrocketed among the people, and hence the revenue of the worldwide app market is expected to hit a figure of $613 billion by 2025.

But these solutions didn’t last for much time period as the people’s devices were not storage efficient, so the rise of on-demand apps took place in the market which were launched for many business sectors, and again after some time, the upgrade in these mobile solutions was brought, they are multi-services solutions which have currently occupied almost all the segments of the market.

What are these multi-services applications?

What are the Multi-Services Apps?

The on-demand apps integrate all kinds of services under one roof and allow people to access any of them whenever they are convenient. In short, it is a virtual all-in-one marketplace for users.

If we consider these apps’ analytics, then the popularity of these apps has been so high among the people such that their demand rose over in many regions across the globe, even in the areas where they are not available.

According to statistics, there were approximately 67% of people in 2021 in the US were interested in combining all the services together into a single solution.

Now, which are these solutions? Let’s have a look over these platforms launched across the entire globe.

Best Multiple Services Apps From All Over:

There are several apps that are introduced in the markets across various regions. Each of them is operating the business and has earned a significant rise in their respective regions. Now, which are those let’s explore them individually stated below:

It is a middle-eastern company serving a single service of corporate car bookings in its initial phase and further became known as a ride-sharing firm. Moreover, Careem was founded by Mudassir Sheikha, Abdulla Elyas, and Magnus Olson in 2012. It is headquartered in Dubai. Currently, they are providing a wide range of services to people across 100+ cities in the Middle East, Africa, and South Asia.

Gojek is a multi-services providing firm to the people. It was founded in 2009 by Kevin Aluvi, Nadiem Makarim, and Michaelangelo Moran, headquartered in Jakarta, Indonesia. Formerly, they provided two-wheeled ride-sharing services to the people and now serve 20 different services across 8 countries.

The firm was founded in 2012 by Anthony Tan and Tan Hooi Ling and is headquartered in Singapore. They are now providing multiple services to the people as they initiated serving a single taxi-sharing service by the name of ‘MyTeksi,’ and with further progress, they are offering numerous services to people with the name of ‘Grab’ across 8 countries and 400+ metropolitan areas.

Snapp is an Iranian firm founded by Eyad Alkassar, Mahmoud Fouz, Moe Moeen, and Shahram Shahkar in 2014. In their initial time, they offered ride-sharing services to the people, and with further progress, they are currently catering different services to the people. In addition, it also acquired 85% of the market share in Iran.

It is an Indian super app providing people with various services through their application. However, Dunzo was founded by Kabeer Biswas, Ankur Agarwal, Dalvir Suri, and Mukund Jha in 2014 and is based in Bangalore, Karnataka. Currently, the company is operating in over 8 cities in India.

Now, all these solutions mentioned above achieved a significant rise in the market, but being a senior-most player, Gojek earned tremendous fame and expanded its operating area in almost all the South East Asian countries. The only reason behind such a success is its business model, which contains certain attractive features and functionality that they offer through their application to the application users.

Why Should Enterprises Enroll themselves on these Platforms?

The entrepreneurs who want to convert their business into a reputed brand should register with these multi-services solutions as they can rise higher in the market by utilizing the fame of the applications and can receive certain advantages of these platforms, which are listed below:

Alongside the several benefits of these solutions, the entrepreneurs would also improve the customer retention rates of their ventures as they provide certain advanced features through these apps, and also, the people prefer these apps nowadays to satisfy their purposes.

The entrepreneurs can take advantage of the preference for the multi-services platforms by launching their super apps into the market or by registering their ventures into these applications and helping people to make their lives more straightforward than ever before. Therefore, enrolling businesses in these solutions is the best choice to get significant sales in the enterprises.

What is the most downloaded game in 2022?

Free Fire also made the record of 150 million+ daily active user’s in AUG 2021. With the 24 million+ downloads this year, it is the most downloaded game across the world in 2022 till now.

What is the most profitable app?

In the US, Roblox is the top grossing app with $588 million revenue. Apps make up more of the top 10 mix, in comparison to global, with Disney+, YouTube, HBO Max, Google One and Tinder all making the top ten.

The top most downloaded apps worldwide in Q1 2022 were: