So far this is the best i’ve seen from LG. It has got a posh and sleek design that is really really attracting.

As flagship smartphones continue to cross the thousand-dollar mark, LG is bucking the trend with its new V60 5G ThinQ. Starting at $799, the V60 looks lovely, boasts top-of-the-line specs, and has a battery that will easily get you through the day. 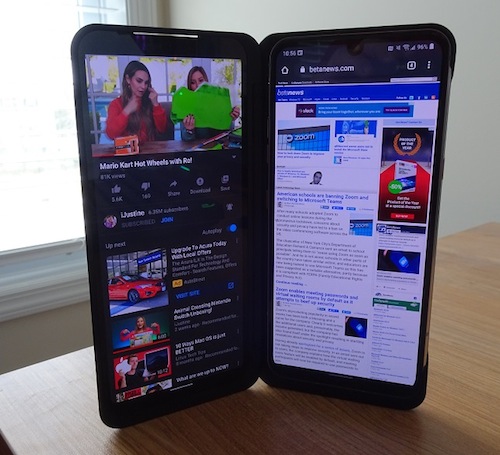 So while the V60 is a solid buy right now, it’s not going to age gracefully as 5G coverage expands.

The V60 is packed with 5G, a 64MP camera chock-full of features including 8K video, a 3.5mm headphone jack, hefty battery, wireless charging, and an optional Dual Screen accessory – all starting at a price lower than the entry-level Samsung Galaxy S20. 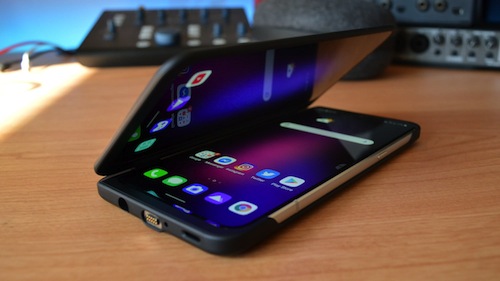 Over the past several years, LG’s V series has fallen into an aesthetic rut. Fortunately, the V60 breathes fresh life into the lineup with a big, bold redesign that will definitely turn heads.

LG’s design language sees a few slight changes in the hardware that, when combined, give the V60 a more refined look.

The most notable changes to the design are the chamfered edge around the frame and the deeper tapered edges on the rear glass panel, and the protruding camera setup, arranged horizontally.

The back of the device carries a sly resemblance to the Samsung Galaxy S10+ with its horizontal camera “bar”.

This new camera setup is a departure of LG’s choice to usually keep the cameras flush under the rear glass.

By designing it with a “camera bump” it has a nicer accent that compliments the Classy White finish of our unit. Meanwhile, the rear glass panel is made of Gorilla Glass 6.

It’s also completely flat, forgoing the curved “waterfall” edges prevalent on other modern flagships — and that’s a good thing in my opinion.

Overall, I’m happy with this screen. Like other LG panels, it’s crisp and bright, with vibrant but accurate colors, inky blacks, and nice viewing angles.

Compared with flagships like the Google Pixel 4 XL and the Samsung Galaxy S20, the LG V60’s camera setup is pretty unimpressive. The primary lens clocks in at 64MP and has an f/1.8 aperture. 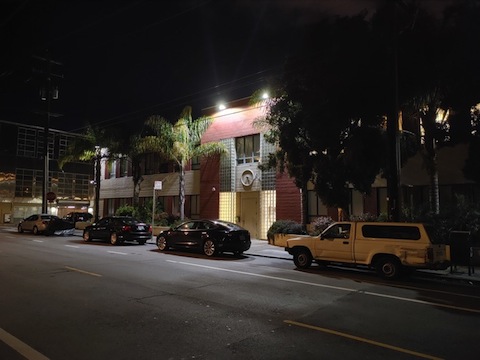 The primary lens supports 4-by-4 pixel binning to create sharp 16MP shots. There’s also up to 10x crop zoom, improvements to night mode, and a new 3D Tilting Photo mode that allows you to take the 3D shots you often see around.

There are a few interesting use cases, though. You can use the dual screen case like a tiny laptop, with a keyboard on the main display and a landscape app on the second panel.

Or you can turn your phone into a proper handheld-gaming device, with a virtual game controller on the main screen and a game on the second panel.

And it also enables easier top-down photography or shooting from different angles, since you can place the camera controls on the second screen and position the phone itself in creative ways. Whether or not those use cases seem appealing are going to be up to the individual user.

Like Samsung’s Galaxy S20 and S20+, the main shooter includes a super steady mode that captures video at 1080p-30fps at 1x or 2x magnification.

The V60 takes nice photos overall, with accurate colors and exposure. Dynamic range is decent in most conditions, and low light performance is good — at least with the main camera.

Strangely, night mode doesn’t make a big difference. The only major gripe is with the simulated telephoto, which only produces decent results up to 2-3x zoom. Beyond that, things degenerate rapidly, and pictures become over-sharpened and noisy, especially at night.

The dual screen hardware is the talk of the town as this is LG’s third iteration of the Dual Screen accessory and it’s come a long way since the first one.

LG’s solidified its dual-display vision for multitasking amidst other, more expensive folding smartphones like the Huawei Mate XS and the Samsung Galaxy Fold.

LG believes this is the best way to multitask – by treating each display as a separate entity or using both displays to render a single (supported) app. 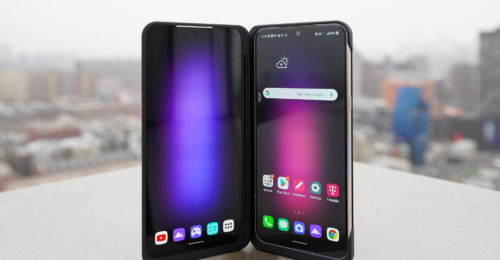 The V60 slides into the case bottom first and then snaps in at the top. Since its connected via a USB-C port, the display pulls power directly from the phone.

Since the accessory takes up the V60’s USB-C port, you need to use the included magnetic charging tip to charge the V60 while its docked in the Dual Screen accessory. Conversely, you can also drop it on a wireless charger.

The V60 runs LG’s UX 9.0 on top of Android 10 (Q). While functional, this skin hearkens back to the days of the G6 (2017) — complete with over-saturated colors and some awkward design choices. It looks and feels dated and lacks a clear identity.

At least it’s reasonably quick, and some of its quirks can be fixed by installing a third-party launcher and keyboard. Remember Samsung’s skin before One UI? That’s pretty much what you’re dealing with here.

The included 25W adapter recharged the V60 to 42% after half an hour, which is less than the advertised 50% in 30 minutes. In addition, the V60 supports Qi wireless charging. 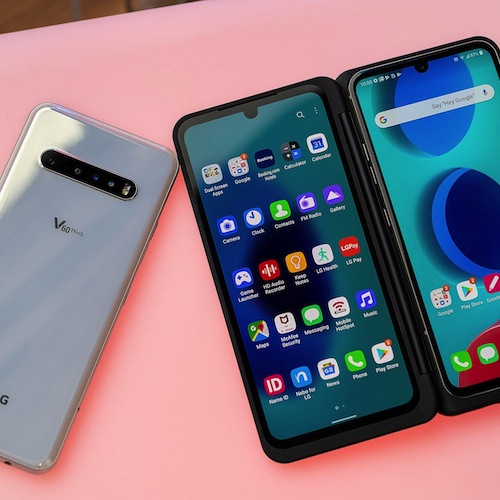 This amazing device will go on sale for the price of (NGN) 303,620 and it can be purchased on popular e-commerce platform like amazon or you can visit any mobile retail outlet close to you.