The Stylo 5 impressed me with its good design and amazing battery life, but it has the same faults as many of LG’s other recent phones including a clunky software experience and no guarantee of future Android updates. Still, there’s a lot to like for around NGN 72,000.

The LG Stylo 5 is a large phone, nearly identical in physical size to my OnePlus 6T. It’s also fairly thick, not only to accommodate the stylus, but also because there’s a large 3,500mAh battery inside (more on that later). The sides are aluminum, with a glass front and a plastic back.

The back covering has a strange texture almost like the protective covering on screens when you first take electronics out of their boxes.

LG Stylo 5 was announced earlier this year with a decent body design that comes with a large screen display size. It’s the successor of the LG Stylo 4 and it comes with other great features. 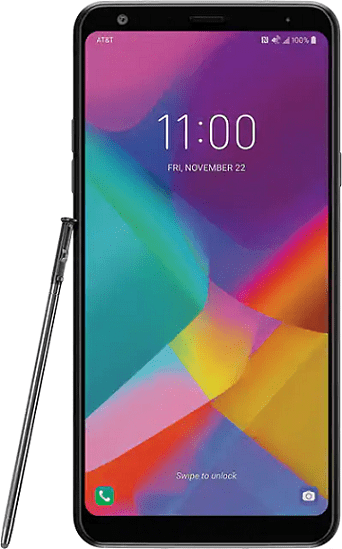 LG is pretty amazing for a budget phone, and it comes with the price tag and the stylus pen. Read on as we will be looking at the LG Stylo 5 full specifications and the price.

In short, the Stylo 5’s camera quality is about average compared to other devices around $200. Don’t expect greatness.

You can now capture selfies that are worth sharing. Both the back and front cameras on the LG Stylo 5 are capable of shooting 1080p video resolution at 30 seconds per frame.

As for the front camera, the wide-angle 5 MP is well optimized for group pictures and self-portraits.
The single shooter of 13 MP comes with Phase Detection Auto Focus (PDAF) minimizes blur and it captures rapidly moving subjects with a sharp focusLike most budget phones, the Stylo 5 can take acceptable photos with plenty of light, but quality falls apart in dark environments.

The image processing is perhaps worse than the sensor, it gives a watercolor-like effect to photos, similar to images taken with older OnePlus phones. You probably won’t notice the effect unless you zoom in, but it’s there.

THE HARDWARE AND SOFTWARE

The Performance is generally very good, but the phone does struggle with more graphically-intense games. This isn’t the ideal device for on-the-go Fortnight sessions, but it will work just fine for checking social media, responding to messages, and the occasional Mine craft game.

The manufacturers built the phone for high productivity. The LG Stylo 5 packs a fast and efficient 1.8 GHz octa-core processor designed for smooth performance. Its promises to handle any task while consuming less power.

The Qualcomm SDM450 Snapdragon 450 SOC is paired with Adreno 506 GPU for graphics related issues and gaming. It runs on the Android 9.0 Pie operating system out of the box.

The software experience is my least favorite aspect of the Stylo 5. LG’s customized version of Android doesn’t add a whole lot of useful functionality, and it’s even downright obtrusive in a few ways.

I kept receiving notifications to transfer data from an old device, even days after I had set up the phone. LG also seems to have removed the ability to launch the camera by double-pressing the home button.

On the memory, the phone comes with 32GB onboard with a RAM of 3GB. You can still expand the memory up to 1 TB using a micro SD card.

Much like Samsung, LG has duplicated versions of all the pre-installed Google apps. The Stylo 5 also has a healthy dose of bloatware on top, including Facebook (barf) and a handful of Amazon apps. The launcher doesn’t have an app drawer, but at least that can be fixed easily. 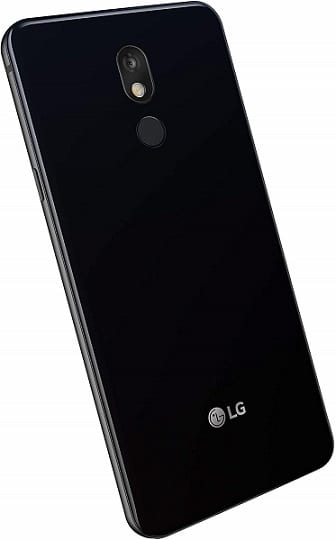 Other features on the device include Google Assistant which you can use to ask questions, plan your day, and make memories with just your voice. You can also use the Google Assistant to take selfies and photos with your device camera.

The AI integration on the Stylo 5 provides instant details based on a single image.If you really want a budget phone with a stylus, and the lack of future Android updates isn’t a concern, the Stylo 5 isn’t a bad choice. It offers a great design, good performance, and fantastic battery life.

LG STYLO 5 PRICE, AVAILABILITY AND WHERE TO BUY

In Nigeria, you can get this handheld device at a price ranging from 80,000 Naira to 95,000 Naira at some outlets depending on your location. But it can be purchased at any retail E-commerce online store. While It will sell around 1,300 Ghs in Ghana.

You can purchase the LG Stylo 5 if you really want a phone with a stylus or if a two day battery life is of utmost priority to you then it is a good choice to go ahead and buy.

SOME OTHER SPECIFICATIONS OF THE LG STYLO 5