LG K41S is a mid-range smartphone launched by LG in the month of February 2020. The company has released three smartphones together as they don’t want to get lost in the race of new phones launching almost daily.

The smartphone has 6.5 inches with IPS LCD capacitive touchscreen and 720 x 1600 pixels resolution providing 270 PPI density. The device is available in various colors such as Titanium, Black, and White.

The smartphone is fueled with 4000 mAh, Li-Polymer battery capacity which is non-removable. The battery size of the smartphone is great as it allows all the functions to run smoothly without charging for long.

As far as display quality is concerned, the smartphone provides a sharp and great color contrast to render while watching photos and videos. The smartphone dimension is 165.7 x 76.4 x 8.2 mm.

The LG K41S is powered by an Octa-core 2.0 GHz processor and runs on the Android 10.0 operating system. The smartphone is pack with 3 GB RAM and 32 GB internal storage which can be expanded with microSDXC (dedicated slot). 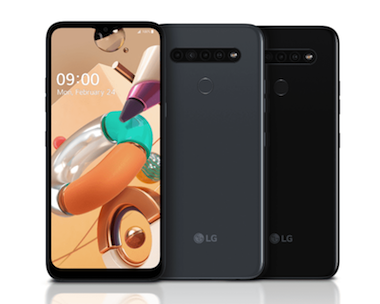 The LG K41S has an octa-core processor with a clocking speed of 2.0 GHz. The chip manufacturer and the model are not specified. It runs on the Android 10 operating system.

The inbuilt storage on the handset is 32GB coupled with 3GB RAM. You can still expand the storage using a micro SD card up to 2TB.

The battery is 4000 mAh which should be able to last a full day when fully charged. There is no fast charging technology on the juicer.

It has dual SIMs with support for 4G LTE networks. Other features on the phone include a dedicated Google Assistant button, NFC, Bluetooth 5.0 and USB Type-C port. There is MIL-STD 810G compliance and DTS:X 3D Surround Sound.