Lenovo recently released the Z6 Lite, an excellent smartphone that hopes to be in competition against the top brands that we have got in the tech industry.

The smartphone houses a capable upper midrange processor an HDR10 display, good batteries and a lot more features. In this article, I will discuss the Lenovo Z6 Lite specifications, price and i will give a full review added in it.

Here, have a look at the Lenovo Z6 Lite with its Snapdragon 710 chipset, 4,050mAh battery, and a surprisingly low price range. 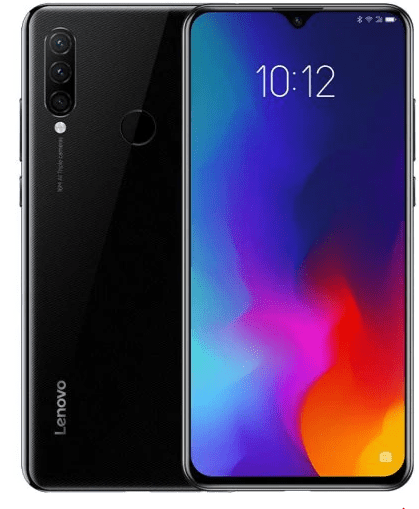 What i liked the most that made the Lenovo z6 lite is the HDR 10 display and the snapdragon 710 chipset with an impressive battery life span that can be looked over.

Meanwhile, there are also somethings about this handheld device that was not too interesting for me to talk about, but i’ll tell you all the same.

These things, like for starters the delayed camera response is nothing to write home about, and the plastic-constructed body of the phone which i can not really say anything on that note.

And to make matters worse the front and rear camera image quality which are not all that posh tells you a lot just by you realizing when someone is trying to tell you how america was discovered.

The Lenovo has got a plastic on the rear and on the frames. Its rear side houses triple cameras, a camera flash, a capacitive fingerprint sensor, with the Lenovo brand logo design beside it.

Upfront, the Z6 Lite has a dewdrop notch with slim bezels on the sides, while the chin bezel is a tad thicker. The notch houses the front camera, and both the call speaker and LED notification light are at the top of it.

Lenovo Z6 Lite has two color options to choose from. Color options may end up being an issue if you don’t like any to them. It comes in Red and Green.

I do not know how to start telling you about the stardust as i am fired up for this one and you should too, The Lenovo z6 i’ve got here has a color way that Lenovo calls “Stardust.”

At first glance, the smartphone shows off a green color but changes to purple when moved around.

The rear has sparkles on it and shimmers when hit by light, hence Lenovo nicknaming it as “Stardust.” The triple camera setup sits on the back, along with the fingerprint scanner.

The cameras protrude slightly, resulting in the device wobbling when placed on flat surfaces. You just can not miss to acquire this brand.

The Z6 Lite sports a pretty impressive 6.3-inch Full HD+ display. It’s most likely due to its HDR10 feature. Details are sharp, and the colors are accurate. The viewing angles are great as well.

The display has a drop notch where the front camera resides, but it isn’t that distracting, and like most notched smartphones, you’ll get used to it.

The triple rear camera system is capable of taking photos in HDR and also shooting videos maxed at 1080p 30fps.

There’s no option to hide the notch anyway, but, as mentioned, it is not going to be an issue. There’s also no issue using the smartphone under direct sunlight, as the panel brightness is good enough, even at 50%.

I’m sorry to tell you that Selfies taken with the Z6 Lite look rather disappointing, as the colors come out dull and pale. Even at the default mode, the photos turn out as if you used a beauty mode on them.

This might be a huge turn off for most people but some others might be a fan of the brand, you never really know these things.

Performing tasks such as web and social media browsing, phone navigation, and multitasking are pretty much a SMOOTH sale with the Z6 Lite. The narrative changes, though, when it comes to the camera app.

Capturing photos can be rather slow, and sometimes the shutter button doesn’t register that you’re taking a picture. You’d have to press on it hard for it to work. Photo previews can also be quite a drag as it takes a while for it to load.

As regards to Gaming, i was able to play PUBG Mobile and Asphalt 9 on it without any issues.

Games with heavy graphics are best played at medium settings, and while you may switch to the highest setting, you may experience a few frame drops here and there if you do so. Yikes!

On the software side, the Lenovo Z6 Lite runs ZUI 11 on top of the Android 9 Pie operating system. As at the time the article was written, there was no word on if it would receive the Android 10 upgrade.

The Lenovo Z6 Lite falls in the category of the higher mid-range smartphone, which is facilitated by the processor it features.

Lenovo also says that the Z6 Lite has 4D touch, and while it sounds like a neat feature, it just really means you can navigate through the Z6 Lite using gestures instead of navigation buttons.

And the internet connectivity is pointed towards at 4G LTE connectivity. For citizens of the federal republic of Nigeria, Be aware that the Lenovo Z6 Lite has support for MTN, Airtel and 9Mobile 4G network.

LTE, WiFi, Bluetooth, GPS, and the usual connectivity features are present in the Z6 Lite. Pinning locations was rather painless as well. The device also has a gyroscope sensor, making it possible to use AR apps.

Turning it up, the Z6 Lite is a 4,050mAh battery capacity with support for 15W fast charging. i was not able to run it through the PC Mark battery test as the app kept crashing on us unfortunately.

But i was able to run it through our video loop test though, and it lasted up to a whooping solid 20 hours and 12 minutes.

Charging of the Lenovo z6 lite is pretty fast as it only took an hour for the device to reach a full 100%.

LENOVO Z6 LITE PRICE & WHERE TO BUY IT

And it can be purchased at any online or offline phone retail outlet close to you.

While I think that Lenovo did an excellent job with the Z6 lite, it dId not quite hit all the marks to make this a super top notch smartphone among other brands.

As the HDR10 display, Snapdragon 710, and an impressively long battery life are attractive points, but the cameras pretty much miss all the spots. However it is what it is.

If you find this article helpful kindly leave a comment below thank you.

OTHER SPECIFICATIONS YOU SHOULD KNOW ABOUT