Lenovo’s latest mobile launch is the Legion Y700. The tablet was launched in 28th February 2022. The tablet comes with an 8.80-inch full touchscreen display with a resolution of 1,600 pixels by 2,560 pixels.

It comes with 8GB of memory RAM. The Lenovo Tab P11 Plus is the best affordable Android tablet on the market, with solid performance, a vivid 11-inch display, and impressive speakers. 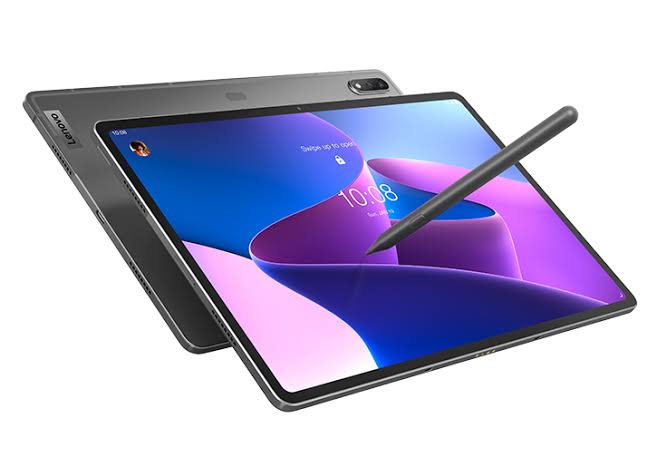 A few years before now, the major players in the “Tablet” and gadget industry could be numbered. But in recent years, the mobile industry has increased, and diverse players have gotten into this “field of play”.

A name that one would easily recognize in this sphere is Lenovo. Lenovo was not as popular a name as it is now, fast growing to become a major shareholder in the mobile industry in Africa and Sub-Saharan Africa.

If you plan on getting a tablet, Lenovo is a good choice. Lenovo is a brand that is notable for its sleek design of its gadgets, its durability, and its unique apps and technology. Here is the list, including prices and specifications of Lenovo Tablets in Nigeria. They include:

It comes with 8 MP rear camera and a 5 megapixels’ front camera. The tablet also uses Dolby-Atmos technology for its sound and viewing, and it possesses high-speed 4G LTE connectivity with dual band Wi-Fi capability.

The slate of this tablet is powered by a 64-bit quad processor that runs at a speed of 1.3 GHz. It has a RAM of 2GB, with a 7000mAh battery power. It has an in-built storage of 16GB that can be extended to 64GB through its memory card slot.

Lenovo’s A Series are a line of affordable Android tablets that are quite popular in Nigeria. The Lenovo A7-30 A3300 is a 7-inch member of the line. The A3300 has a 1G RAM, and an 8G ROM that can be extended to 32GB with a Micro SDcard.

Lenovo Vibe X runs Android 4.2 Jellybean on a 1.5GHz quad-core processor with 2GB of RAM. It is available in 16GB or 32GB models with no support for microSD card.

The advantage of the Lenovo Vibe X S960 tablet is its BSI sensors that can take pictures in the dark. The disadvantage of this tablet could lie in the fact that there is no support for a MicroSD card, so the internal storage cannot be extended.

The Yoga Tab 3 10″ tablet has a few distinctive features, such as a 10.1-inch HD (1200 x 800) multitouch video tablet, a powerful 180° rotating 8MP camera, dual front-facing stereo speakers using Dolby-Atmos sound and media technology, and most amazing of all, an extended battery life of 8400mAh.

All of these are run on Android 5.1 Lollipop, with a 16-GB internal storage that can be extended up to 64-GB with Micro SD Slot. It has a 1G RAM, with quad-core processor that runs at a speed of 1.3 GHz.

This tab uses an optional 4G LTE connectivity with broadband Wi-Fi. There are a lot of full advantages about this tablet; the rotating camera, to the 10-inch screen, the battery life to the operating system. A disadvantage, however could lie in the price, and in the size of the RAM. 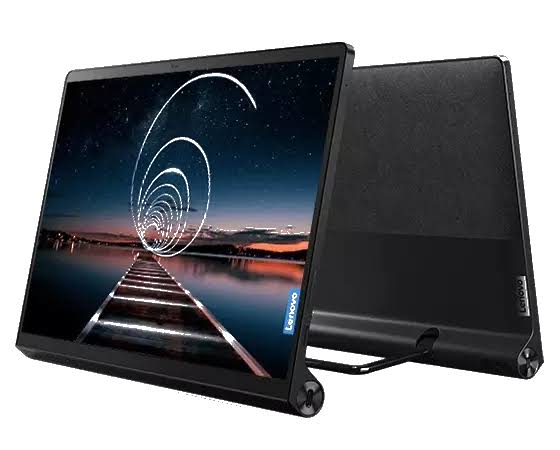 This tablet uses Android 6.0 Marshmallow that runs in features like 10.1-inch QHD 2K (2560 x 1600) multitouch screen tablet that makes it a “Personal TV”, with a 5MP front camera and 13 MP back camera, front-facing stereo speakers using Dolby-Atmos sound and media technology, and a battery life of 9300mAh.

The tablet also uses a 32-GB ROM that can be extended up to 128-GB with Micro SD Slot. It has a 3G RAM, with an octa-core processor that runs at a speed of 1.4 GHz. This tab uses 4G LTE connectivity with broadband Wi-Fi.

The reason I love the Tab 3 Plus is the quality of the screen is top-notch, the battery is just on another level, the internal storage can store peoples’ memories if possible, and the RAM works at the speed of lightning. The only disadvantage of this tablet could lie in the quality of the camera.

The Yoga Tab 3 8″ tablet is almost the same thing as Yoga Tab 3 10 tablet in a lot of ways. The differing features of this tab includes its screen size of 8 inches (hence the name, unlike the 10-inch screen of Tab 3 10) with HD quality (1280×800), rotatable camera of 8MP, 2 front-facing speakers with Dolby-Atmos technology, a battery of 6200mAh, an internal storage of 16GB that can be extended up to 128GB due to a Micro SD. This tablet has a RAM of 1GB, with a quad-core processor that runs at a speed of 1.3GHz.

It uses 4G LTE connectivity, with broadband WiFi. The special feature the Tab 3 8 has is called the AnyPen technology, where the screen of the tablet detects any conductive object as a pen, making it effective for taking notes, and sketching! The advantage of this tablet lies in its AnyPen technology, along with its other components. The disadvantage of this tablet, however, lies in the size of the RAM.