The Lenovo Tab M7 is one of very few tablets with a 7-inch screen which makes it just a bit bigger than many smartphones.

Starting at just 90 US Dollars, it is one of the cheapest devices out there. That does not stop Lenovo from shopping an IPS screen and a metal body though. 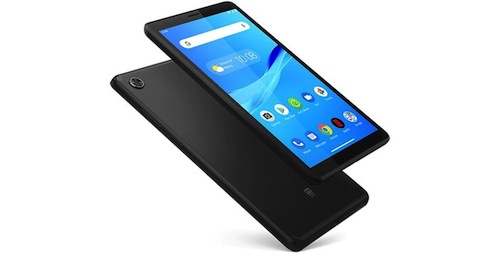 But how good is its performance? In this Lenovo Tab M7 review you’ll learn everything you need to know about this tablet.

The market for tablets might be stagnating but Lenovo does not seem to have plans to leave it anytime soon.

The company has just announced two very affordable Lenovo Tab M7 and Tab M8 slates for 2019 and the starting price is just $90.

The two slates are targeted mainly at media consumers and the M7 is the most affordable 7-inch version.

The Tab M8 is a bit more expensive starting at $110 and availability for the duo is scheduled for October.

However, these two devices are yet to come to Nigeria just yet. The two slates share quite a few common internals such as a quad-core MediaTek chipset, Android 9.0 Pie, 2MP front cameras, and a headphone jack.

Coming to the smaller Tab M7, it has a 7-inch 1024×600 LCD display and the base model has as little as 1GB of RAM and 8GB of storage. This model runs Android Go but there’s a 2GB model with 16GB/32GB of storage that runs standard Android 9.0 Pie. 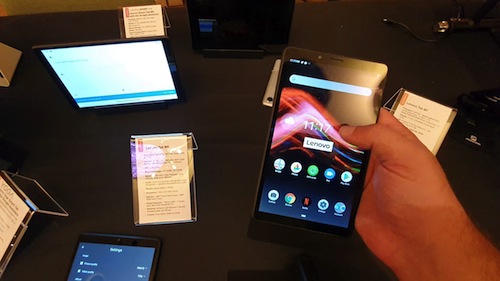 The battery is 3,500mAh which could last a day with the power-sipping HD screen. There are a pair of basic 2MP cameras on the rear and the front if required.

The Tab M7 will be offered in Iron Grey, Platinum Grey, and Onyx Black color options.

It’s powered by a MediaTek A22 processor clocked at 2.0GHz and has a more sizable 5,000mAh battery.

It has a 5MP rear camera while the front has the same 2MP sensor. There’s also a Full-HD model for the Tab M8 that will be available at a later time for a higher $160 price tag. It’s going to be available in Platinum Grey and Iron Grey shades.

Speaking of the headphone jack: You’ll need it if you want to listen to music or watch movies. There is one single speaker placed above the screen and while its loud enough the sound quality is bad.

The speaker sounds flat and there is no real bass at all. Many phones offer much better speakers.

That’s what I can say about both 2-megapixel cameras too. Yes, they work. And if you’re looking for a super cheap Skype device, it’s acceptable for that.

But with that being said, photos and videos don’t look sharp at all. They’re blurry.

Let’s get to its hardware and performance. Inside the Lenovo Tab M7 runs a MediaTek MT8321 quad-core processor.

You’ll be able to choose between 1GB and 2GB of RAM, as well as between 8GB, 16GB or 32GB of internal storage. Well, these are the option in some countries.

Sure, you can’t expect too much of such a cheap tablet. And if you use just one tab in Chrome to read some news, the performance is good enough for that.

Reading E-Mails works fine too. And sure, apps like the Kindle reader run great and YouTube is usable.

Its UI is not always super smooth, but I’ve been able to watch videos with it comfortably. Just don’t have too high expectations. While you can watch HD videos in this case. 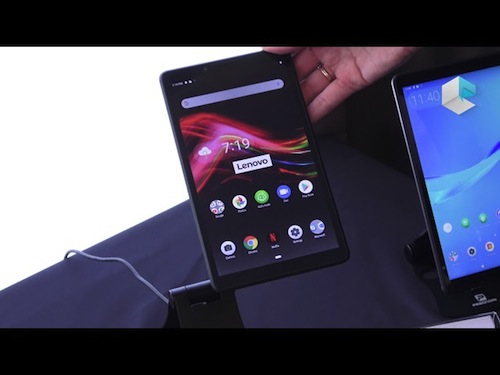 On the Lenovo Tab M7 runs Android 9 Go Edition. The Go Edition is a less demanding version of Android that does not require as powerful hardware.

It’s still Android. And if you’ve used Android already, you’ll feel right at home. However, compared to normal Android, there are some missing features. There is no split-screen view, for example.

That means you can’t open two apps side by side, but the performance would be too weak for that anyways.

There are several changes like these. And instead of normal Google apps, there are some Go versions of those apps pre-installed. Among those is Gmail Go, Google Maps Go, and the Assistant Go.

These are simpler versions with fewer features that run better on weak platforms. If you want, you can install the normal version using the Play Store. But they don’t run as well.

The Lenovo Tab M7 and Tab m8 has got a runtime of 10 hours. With this result, it’s much better than its predecessor and a little above the Amazon Fire 7.