A dam is a barrier that stops or restricts the flow of water or underground streams. Reservoirs created by dams not only suppress floods but also provide water for activities such as irrigation, human consumption, industrial use, aquaculture, and navigability.

Hydropower is often used in conjunction with dams to generate electricity. A dam can also be used to collect water or for storage of water which can be evenly distributed between locations.

In this post, listed below are the information about the largest dams in Africa. And most of them are man made. 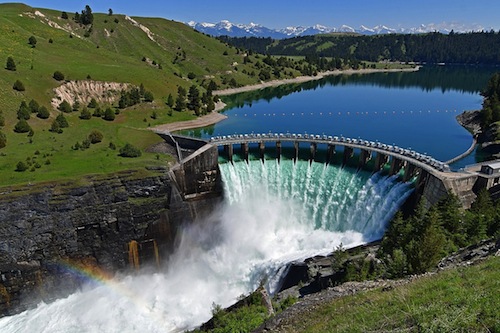 The katse Arch Dam is the second largest dam in Africa, it was built in 1996 and made to supply water and generate power to the citizens of Lesotho. The dam is expected to be rehabilitated as added phases are been planned in order to increase the capacity of water in the reservoir.

This Dam is the largest dam in Africa. Previously it was called the millennium Dam, and it was still under construction ever since. The Grand Ethiopian Renaissance Dam occupies a large area along the Blue Nile River. The construction was set to be completed in mid 2017. And once it is done it will go a long way in serving the people of Ethiopia  in terms of their irrigation and providing hydroelectric power.

The Tekeze Dam was built efficiently costing $365 million and it is placed along one of the tributaries of the River Nile. It was built to generate the much needed electricity for the people. 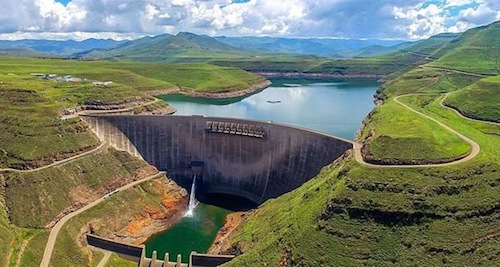 Talking about a Dam that cost $1 billion to build, the Aswan High Dam in Egypt was completed in 1970. It functions as a multipurpose role by lending to Egypt’s irrigation system, and it controls water from severe rainfall. While it also helps to generate electricity to Egypt.

This Dam was built in the 1950’s and it is located at the River Basin of the Zambezi, and it is shared between Zambia and Zimbabwe. The Dam at the Zimbabwe extreme end attracts tourists due to the fact that it became home to a lot of wild life species.

Built in the 1960’s to provide hydroelectric power to the people of Ghana, the Akosombo Dam cost $250 million to put up. You need to know that this Dam, is responsible for the creation of the Lake Volta which is the Largest man-made Lake in the whole world based on surface area and it is the third largest based on volume.