The IPHONE XR is a smartphone designed and manufactured by Apple Inc. It is the twelfth generation of the iPhone. And it was announced by Phil Schiller on September 12, 2018, at the Steve Jobs Theater in the Apple Park campus, alongside the higher-priced iPhone XS and iPhone XS Max. Pre-orders began on October 19, 2018, with an official release on October 26, 2018. 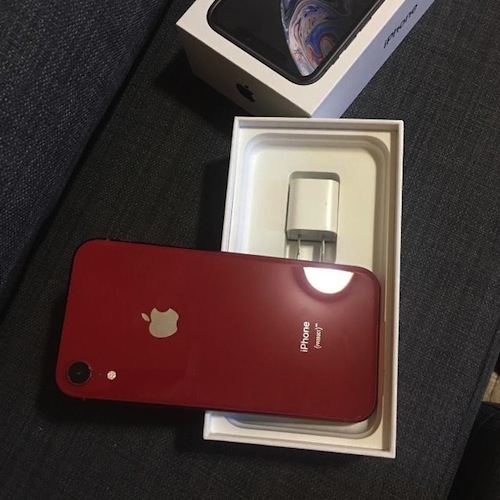 It is available in six colors: black, white, blue, yellow, coral (a shade of pink and orange), and (Product)RED. The iPhone XR is available in three storage capacities: 64GB, 128GB, and 256GB. It is the second iPhone to be released in yellow and blue, the first being the iPhone 5C in 2013.

For once, the cheaper iPhone is the better choice. By definition, the iPhone XR is lacking. Its screen resolution is less than 1080p, the bezels are thicker than on most other phones with edge-to-edge displays, and the display is an LCD instead of an OLED. … It’s every bit as powerful as the iPhone XS and XS Max.

Still, If you’re looking for an affordable iPhone, the iPhone XR is a strong contender boasting the latest software, enough power and surprisingly good battery life… for an iPhone. With the introduction of the iPhone 11, the XR price has dropped further, making it great value for money. 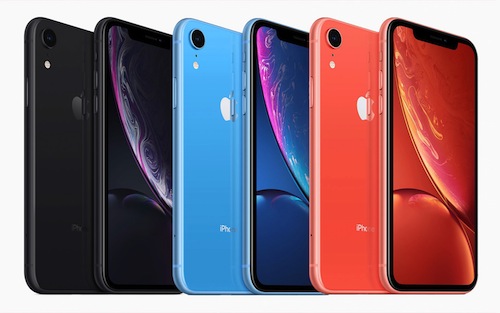 Unboxing this posh mobile phone and you’ll get to find inside an iPhone with iOS 13, with an EarPods with Lightning Connector andLightning to USB Cable also included is a USB Power Adapter plus Documentation.

There’s glass on both the front and the back, and it holds an IP67 rating, that is with a splash, water and dust resistance, Rated IP67 (maximum depth of 1 meter up to 30 minutes) under IEC standard 60529.

The iPhone XR display has rounded corners that follow a beautiful curved design, and these corners are within a standard rectangle. When measured as a standard rectangular shape, the screen is 6.06 inches diagonally (actual viewable area is less).

The XR has a similar design to the iPhone X and iPhone XS. However, it has slightly larger bezels, an aluminum frame, and is available in a wide variety of colors. Similar to other X-branded iPhones, all models come with a black front.

The XR has similar hardware to the XS, but with a few features removed to reduce the price. Instead of 3D Touch, the XR comes with Haptic Touch where the user long presses until they feel a vibration from the Taptic Engine.

The XR also has an LCD display known as “Liquid Retina” instead of the OLED screen used on the X, XS, and XS Max. The display on the XR has a resolution of 1792×828 pixels and a pixel density of 326 PPI, compared with 458 PPI on other X-branded iPhones.

While the screen-to-body ratio of the XR is 79.3%, much higher than the 67.5% of the iPhone 8 Plus but still lower than most other phones in its price category.

Unlike most other phones in the X-series, the XR ships with a single camera on the rear on the phone, featuring exactly the same main camera sensor as on the XS and XS Max, utilizing a 1/2.55″ sensor size and 1.4μm pixel size.

And unlike the XS, it also does not have optical zoom, because of the single camera. DxOMark gave the camera on the iPhone XR a rating of 101, giving the title “Top-ranked single-lens phone

On the software side, the XR is shipped with iOS 12 installed out of the box and is compatible with iOS 13.

Touching down with a Panorama (up to 63MP) Autofocus with Focus Pixels, a Smart HDR for photos Wide color capture for photos and Live Photos.

An advanced red-eye correction Auto image stabilization and a Burst mode Photo geotagging while Image formats captured are in HEIF and JPEG respectively.

The XR battery Lasts up to 1.5 hours longer than iPhone 8 Plus, with a Talk time (wireless) Up to 25 hours plus added Internet use: Up to 15 hours, including Video playback (wireless): Up to 16 hours
Audio playback (wireless): Up to 65 hours and a Fast‑charge capable: Up to 50% charge in 30 minutes also it comes with an 18W adapter or higher (sold separately) with Built-in rechargeable lithium‑ion battery Wireless charging (works with Qi chargers10).

Regardless, the iPhone XR price in Nigeria starts at (NGN) 233,000 Naira, depending on your location in the country. However it can also be purchased at popular e-commerce stores close to you.

Other Features of the Iphone XR Include ;

Apple Pay  : Pay with your iPhone using Face ID in stores, within apps, and on the web, Send and receive money in Messages Complete purchases made with Apple Pay on your Mac.