The Apple brand totally impressed a good number of users and the entire market space by improving on some aspects of the iPad Pro, particularly in the design and display concepts. However, there exists some rather unexpected removals of features which Apple made on new iPad Pro in 2018 that might take some time getting used to. Still all these were done to improve end user experience.

The unveiling of the 2018 models of the Ipad pro took place on October 30 at an event in Brooklyn America. The newly introduced Apple flagship tablets comes with powerful internals, redefined externals, and improved user accessories that easily puts it on top of the chart in the midst of other amazing productive tablets. 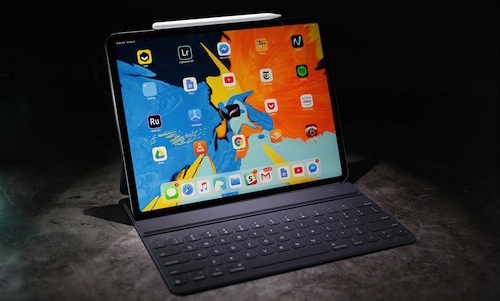 The Apple company adopted the Liquid Retina display it used on the iPhone XR. The 11-inch screen is fully laminated, has a resolution of 2388 x 1668 pixels, 600 nits and is oleo phobic coated which makes it resistant to fingerprint.

This model also comes with a Liquid Retina display with Promotion technology and it has a bigger size of 12.5-inch and better display quality — 2732 x 2048 pixels at 264 pixels per inch (PPI) density. This display is also anti-reflective and resistant to fingerprint smears.

The iPad Pro (2018) is powered by Apples latest A12X Bionic chip 64-bit processor which brings improvements in graphical performance to the iPad. As Always, there is no SD card expansion support but storage starts at 64GB, 256GB, and 512GB. However, Apple have introduced a new variant that comes with 1 Terabyte of storage.

The camera configurations of the new iPad Pro (2018) is exactly the same as that on its predecessor. On the rear, there’s a 12-megapixel camera with f/1.8 aperture and other features like 5X digital zoom, tap to zoom, touch to focus, image stabilization, 4K video recording, Slo‑mo video support for 1080p, and Quad-LED True Tone flash.

On the front camera, a 7-megapixel camera with f/2.2 aperture handles selfie capture, supports Animoji and Memoji, Portrait mode, retina flash and a couple of other features.

The 11-inch iPad Pro (2018) comes with a 29.37Wh built-in lithium polymer battery while the 12.9-inch version has a bigger and long-lasting capacity of 36.71-inch. Both batteries are rechargeable through the device’s USB-C port and can provide up to 10-hours of surfing the internet via WiFi, cellular network, or overall usage. 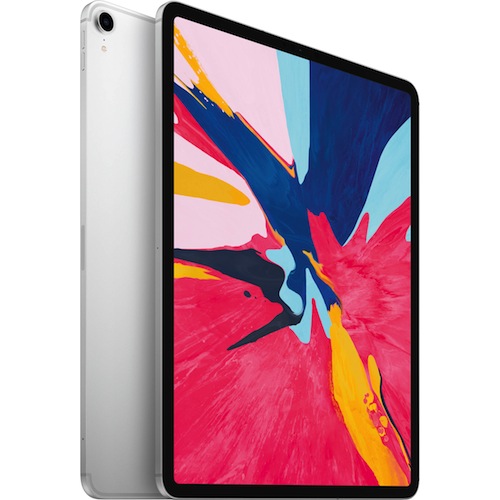 On the right-hand side of this beautiful device is the connector for the Apple Pencil which allows the stylus now attach magnetically to the tablet.

The tablet has also been redesigned to have flat and straightened sides, unlike the curved sides and edges of older iPad models. There are four speakers for crisp audio quality when playing music or Netflix videos, and five microphones for improved FaceTime quality.

The USB-C addition also prompted Apple to axe the 3.5mm headphone jack. This will make the iPad Pro (2018) the first iPad to lack the traditional headphone jack. The removal of the port is also considered as a move to make the iPad slimmer. For some CRITICS and end users this was rather surprising as it happened unexpectedly but i guess apple has got their reasons for making this device the way it is.

About Removals, the infamous home button and Touch ID fingerprint sensor synonymous to Apple’s iPads have been stripped away.

Apple began doing away with the Touch ID on its products with the Iphone x. Now, Apple is replicating the move on its tablet line of products.

For core iPad users who have used previous models of the tablet for years and grown attachment to the physical Touch ID/home button, navigating the new iPad using gestures might take some time to get used to but in no time they’ll get the hang of it.

After making use of this excellent spec made by the apple brand it all comes down to this: i must say this is the best tablet on the market why because it is slick, the design is class-leading, and it’s insanely powerful, it gives an edge of class and prestige to suit any occasion, and it is a all round total package accessory which means it’s only going to get more capable with updates as time goes on. But it’s not a laptop replacement for everyone just yet.

There are two sizes of the latest iPad generation: the 12.9-inch version (the model we had for review), and an 11-inch version.

The latter is a whole new size of iPad (the last generation had a 10.5-inch model, and this is sticking around as a cheaper Pro option), and is the first iPad not to have a screen with a 4:3 aspect ration.

Both sizes come with the option of 4G connectivity too – add £150 to the price of any size option for that. As for colors, you get silver or Apple’s trademark ‘Space Grey’.

They’re not cheap, that’s for sure – but as we’ll see, given the price of the laptops their performance is comparable to, they’re not unreasonable.

The apple ipad pro (2018) is a very good tech invention and a more suitable upgrade, On one part about the design that surprised me was the flat sides, which are more reminiscent of the iPhone 5 than the front’s mimicking of the X.

It’s not a bad thing, and it’s almost certainly been done to accommodate the far superior way the Apple Pencil works now, but it’s a weird mix of Apple design past and present. Regardless i will purchase this tablet over and over again if i have to.