If you’re a photography enthusiast enamored with the idea of owning a foldable, there’s no doubt about it; the Huawei Mate Xs is the one to beat from a camera point of view. It’s also loaded up with more power and faster 5G speeds than almost any other phone currently available – but, as with the Mate 30 Pro, it doesn’t support Google services, which will make it a tough sell despite such its tantalizing hardware.

It has got a weird flex, but its still totally unique. At a glance, it’s near impossible to tell the Mate XS apart from the Mate Xs, though there have been some notable design changes all in the name of making what is an inherently fragile device a little more robust.

One welcome improvement is the addition of an extra polymer layer to protect that flexible plastic OLED panel. The Mate XS’s display has a two-layer polymer structure on top of the display, with the film joined by a transparent adhesive. There’s also a screen protector on top, which Huawei advises against removing, and for good reason. 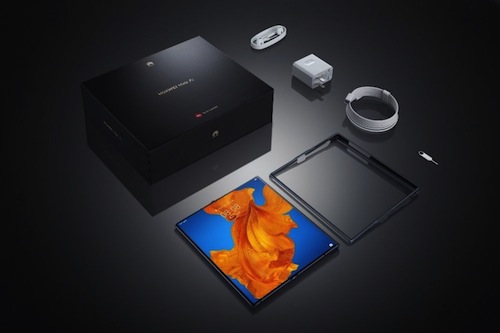 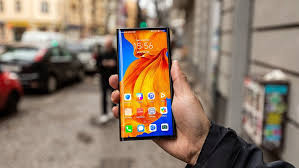 And I say folded out, because unlike other foldable devices, the Mate XS folds outwards. To use the phone in tablet mode you need to put pressure on the display. This feels all kinds of wrong. When compared to other phone-tablet foldables like the Galaxy Fold, the Mate XS’ form factor offers far more utility.

it’s the same as before – 8.0″ when unfolded with a square 2200 x 2480px resolution and when folded it shrinks down to 6.6″ with 1148 x 2480px resolution (19.5:9 aspect ratio). And since it’s a popular topic these days, Huawei shed some more light around the material and technology used to make the foldable OLED panel.

The Huawei Mate Xs display is much the same as it was before. Folded up, you have a front 6.6-inch display and a rear 6.4-inch display, which extend to combine into an 8-inch screen. Huawei seems quite proud of how skinny the device is, boasting about its 5.4mm depth across the unfolded screen. The bar on the side of the phone, which also acts as a handle, measures 11mm deep, which is also the depth of the phone when closed. 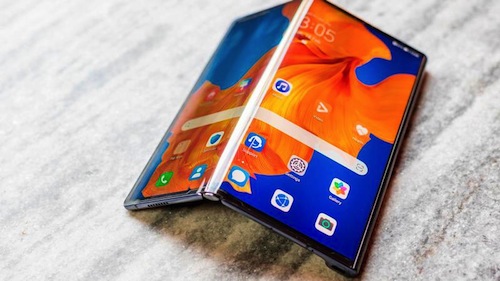 The Huawei Mate Xs has the best camera of any foldable currently one the market. Its primary sensor is the same as that found on the P30 Pro and Mate 30 – that in itself is a mark of assurance.

That translates to 40MP resolution, RYYB sub pixel formation and an f/1.8 aperture. Next, the 8MP telephoto camera is lifted straight from the Mate 30 Pro, complete with an 80mm focal length and an f/2.8 aperture. Finally, the ultra-wide, 17mm module is lifted from the P30 Pro, clocking in at 16MP with an f/2.2 lens.

There’s also a time of flight sensor onboard, and the phone supports macro photography as close as 2.5cm. Complete with Huawei’s excellent night mode, even if you don’t want to take long-exposure shots, you have options, with an ISO that climbs up to 204,800.

Add to the mix 4K video capture and the fact that the primary camera is also the selfie camera given the fact the wraparound screen covers both sides so acts as a selfie viewfinder. 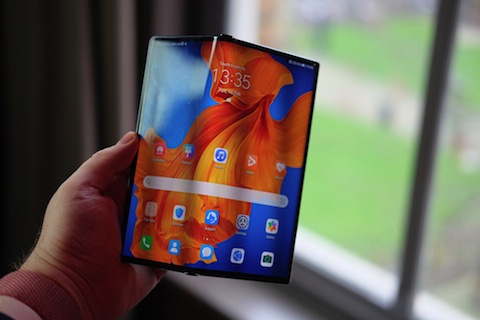 On the software side, the Mate Xs uses EMUI 10, based on the open-source version of Android 10 (so still no Google apps I’m afraid), but with a few new enhancements to help take advantage of the extra screen space and folding-unfolding capabilities. First off is “app expansion”, which lets you see multiple views of certain compatible applications.

While the hardware coming up hot With Kirin 990 power, Huawei’s 5G radios – which are more future proofed than pretty much anything on the market (supporting more 5G bands including 27mm), unlike other foldables, the internals on offer are second to none.

For now, the Kirin 990 5G is the only chipset offering an all-in-one solution for the next-generation mobile network as Samsung’s Exynos 990 and Qualcomm’s Snapdragon 865 both rely on an external 5G modem. That’s a big advantage if you are planning on using the handset in 5G area, at least battery life-wise. Huawei promises 21% battery life gains compared to its predecessor in heavy usage and as far as 5G goes, it can now run on 8 bands instead of 4 like before. 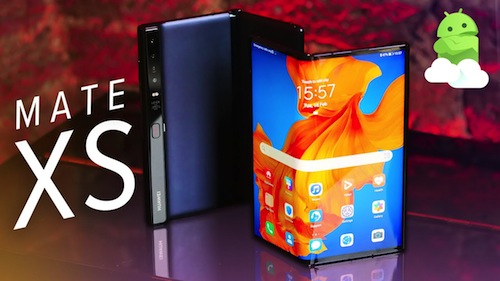 The Mate Xs retains its total 4,500 mAh battery capacity, split across two separate batteries. It charges from a 55W fast charger, included in the box, which Huawei claims will fill the phone to 85% full in just 30 minutes. That’s faster than almost any other phone charger I’ve come across.

The Huawei Mate Xs price in Nigeria will sell for  (NGN) 980,000 which translates to  $2,713 (USD) and it’s Availability in Nigeria is not yet confirmed but we guess it might be available soon.

According to Android Authority, Rather than having to crowbar in a front camera somewhere, the Mate XS lets you just flip it around and use the rear of the wraparound display and the main rear camera (or the ultra-wide or zoom lenses, if you’re feeling experimental) to take selfies. Likewise, when used as a normal phone you’re not stuck with a boxy secondary screen, but a large part of the phone’s single OLED panel. It’s just cool.
There’s a handy click when the phone is fully folded out in tablet mode too. The covers at either end of the hinge have also been improved and Huawei is confident that all these changes make the Mate XS far more durable than the original model.