With the introduction of the Spectre X360, the HP brand has marked their dominance in that segment of the market space in Nigeria and it’s not so hard to see why.

The HP Spectre X360 is rated so highly. And here in this post, we will be looking at it’s review, it’s core specifications,and how much it goes for in the current market here in Nigeria. 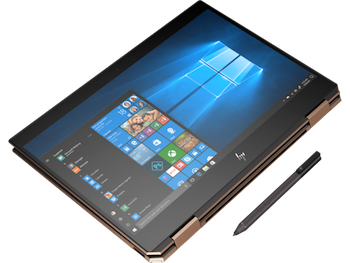 There are various configurations for the HP Spectre X360 with several specifications and different prices to match with them. This ofcourse is common with many other HP laptops available out there in the market.

So, regardless of the model and specification of the high-tech laptop, they can be purchased for anything within the range of (NGN) 380,000 naira — (NGN) 760,000 naira.

You’ve got to know that the price heavily depends on the model you are opting for as each model vary in core features including internal memory storage, processor, display size and other notable specification to add to it.

With a gorgeous design, epic battery life and fast performance, HP’s Spectre x360 is a nearly perfect 2-in-1 laptop. Very few laptops or (personal computers) come as close to being perfect as the Spectre x360.

Updated with Intel’s 10th Gen processors and a modernized chassis, the Spectre x360 takes everything we loved about its predecessor and ramps it up. It starts with the laptop’s design, which is more stunning than ever thanks to thinner display bezels and smaller footprint.

Other highlights include a bright, vivid display and the Spectre x360’s epic, 13-plus hours of battery life.

Factor in a comfortable keyboard, fast performance and an included stylus, and it’s easy to see why the Spectre x360 is one of the best 2-in-1 laptops ever and one of the laptops with best battery life.

The Spectre x360 uses an Ethernet-style drop-jaw mechanism to house a full USB-A port, and air inlets were enlarged to improve cooling. The only major casualty of the smaller chassis are top-firing speakers, which were moved to the bottom of the laptop. 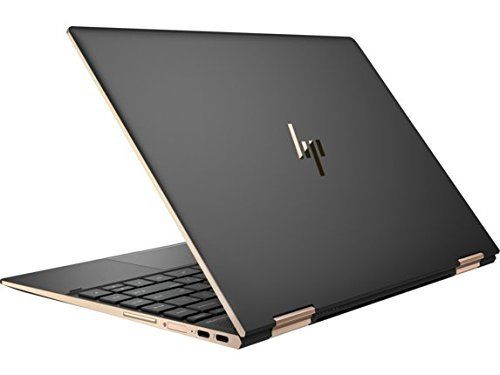 It’s easy to get wrapped up this laptop’s gorgeous design and forget its practicality. As a 2-in-1 laptop, the x360’s flexible hinges let you position the laptop into tent, studio or tablet mode. The hinges are sturdy enough that the screen didn’t wobble even when I tapped on it with some force.

On the display side, the Spectre x360 comes with two touch-screen options: 1080p or 4K OLED. As tempting as that OLED panel might be, you won’t have any complaints with the 13.3-inch, 1080p display.

The HP Spectre X360 provides excellent overall productivity performance in whatever mode you choose, along with improved Iris Plus graphics that provide better performance in creative apps that support the GPU.

So this means users can play games on the Spectre x360 as long as they aren’t cranked to Ultra graphics settings.

The Spectre x360 13 has the same great keyboard as the previous model. The Spectre x360’s Chiclet-style keys are large, well-spaced and have decent travel for a laptop this thin. 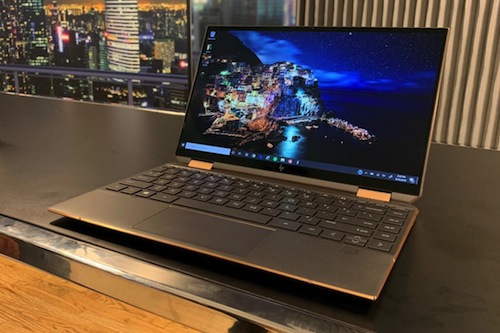 One thing to keep in mind is that the keys’ transparent font doesn’t contrast well with their silver finish. Non-touch typers shouldn’t have too many problems, though, because the attractive, large font is quite easy-to-read and the keys have two levels of backlighting (for whatever reason, the spacebar isn’t backlit).

You can get excited now because the Spectre x360 13’s 4.4 x 2.2-inch touchpad comes with Windows Precision drivers, which is widely considered an upgrade over the previous Synaptics drivers.

One compromise of reducing the Spectre x360’s footprint was moving its speakers from the deck to below the chassis. The new bottom-firing speakers are powerful enough to fill a medium-size room but don’t deliver much sonic depth.

HP Spectre X360 kept the same 61 watt-hour battery capacity from the older version, which means that if you select the 1080p display you’re going to get some awesome battery life.

You’ll probably get close to the same longevity as we saw with the previous version, some of the best we’ve seen at over 17 hours looping my Extraction movie trailer and almost 13 hours browsing the web.

Pretty classy if you ask me.