Over the past year, HP has been going about its way to cement its position as the Chrome book king in the country.

The Chrome book x360 and the budget-grade Chrome book 14 were considered worthy challengers to offerings from Lenovo, ASUS, and even Google’s Pixel Slate.

Since the price is on a low side, HP has cut costs in when it comes to specifications. It is not getting the latest Intel processors and the fastest SSD but it has enough muscle to get your work done. 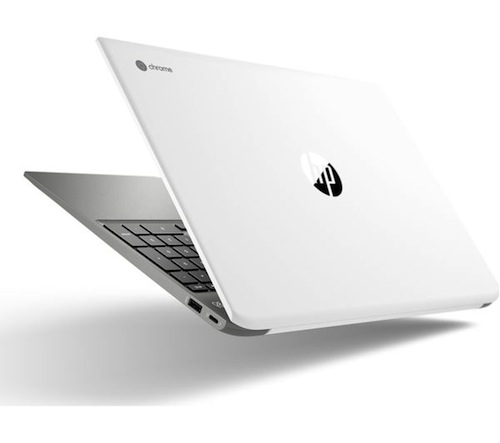 So if style and portability matter to you,  the HP Chrome book x360 12b is worth a look.

The Chrome book x360 12b has a minimalistic design that complements the type of work one is expected to do on this device. The all-metal unibody finish does lend a touch of premiums to the laptop which is disproportionate with the price.

The small portable form factor of the HP Chrome book means that it fits very easily in a backpack.

Even with the aluminum build, the Chrome book x360 12b weighs a little over a kilo, which makes it easy to operate.

Opening the lid is, however, a two-hand job. Overall the build quality looks solid on the device, which is something you cannot say about a lot of other Chrome books.

As far as ports go, the x360 has two USB-C ports, one on either side, and both of them can be conveniently used to charge the device.

There is also a Kensington Lock Slot, a 3.5mm headphone jack, along with a USB-A port on the right.

The hinge allows the display to fold completely on to the back so that one can use it as a tablet.

The touchscreen functionality on the screen is good, but it took some practice to adjust the display in a way that was easy to use.

The keyboard is not detachable which means that when in tablet mode, the keys can still be felt on the back, which could make it slightly uncomfortable to hold. 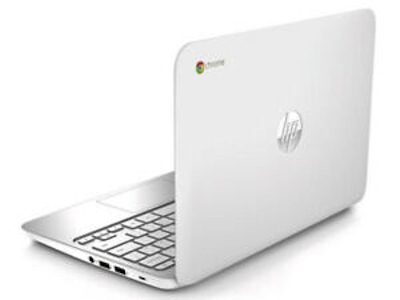 The Celeron N4000 that powers the device was launched in 2017 as part of Intel’s Gemini Lake-series of processors, and is a 14nm dual-core chipset with a max frequency of 2.6GHz.

Sustained load of a couple of Chrome tabs opened in two separate windows can sometimes overwhelm this device.

If YouTube is playing in the back, the lag between switching windows becomes even more prominent. The 4GB of RAM does not help matters much.

The boot time from start to opening a Chrome tab stands at 27 seconds, which includes the 12 seconds it takes from start to the lock screen.

The Chrome book x360 12b does house good speakers at the top of the keyboard. At full volume, the speakers get quite loud, not just for the sake of sounding loud but with an added depth to the sound quality that is very rarely seen on laptops of this price range.

It makes sense since the device has Bang & Olufsen branded speakers, which is a case for most of the HP laptops coming out nowadays. The headphone jack also delivers quality sound.

On the battery side, Chrome books in general deliver more on the battery front than their Windows counterparts.

I’m happy to say that the Chrome book lives up to its name by delivering a stellar battery life which can last you almost all your entire workday of 9 hours on a single charge.

Granted the usage was mostly limited to using Chrome and some amount of Netflix, but that was exactly what was done on Asus Vivo book 15 and it dies out at a paltry 3.5 hours.

The Chrome book x360 12b will serve you quite well if you are out on long trips and have to quickly write out a document or just view Netflix on the go. The 45W charger in the box will charge the device in about 2 hours.

Chrome books run on Chrome OS – an all-new operating system designed by Google for a new generation of computers.

It’s browser-based, cloud-powered, and boots up in seconds, which allows you to connect to the internet almost instantly. And, thanks to Chrome OS, updates are managed automatically1 so Chrome books actually become faster and more secure over time. 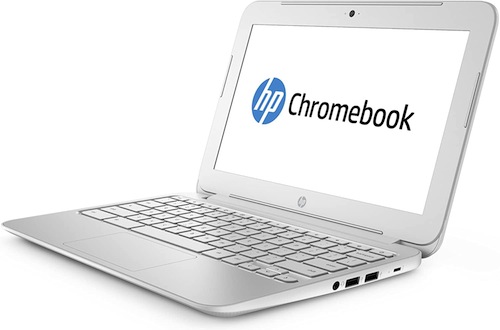