Unity is a cross-platform game engine developed by Unity Technologies, first announced and released in June 2005 at Apple Worldwide Developers Conference as a Mac OS X game engine. The engine has since been gradually extended to support a variety of desktop, mobile, console and virtual reality platforms.

It is particularly popular for iOS and Android mobile game development, is considered easy to use for beginner developers, and is popular for indie game development. The engine can be used to create three-dimensional (3D) and two-dimensional (2D) games, as well as interactive simulations and other experiences. The engine has been adopted by industries outside video gaming, such as film, automotive, architecture, engineering, construction, and the United States Armed Forces. 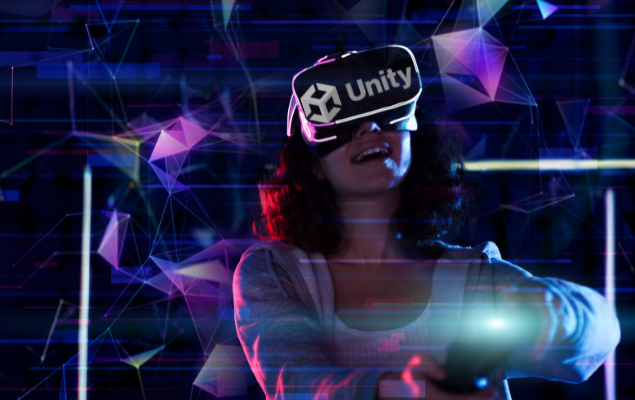 There are many uses for 3D technology that aren’t associated with movies or video games. Our daily lives are becoming more and more reliant on solutions enabled by modern technology. In addition, 3D modelling and scanning constitute the foundation of all AR/VR applications, not only three-dimensional ones.

Various applications of 3D technology, from depth mapping to biometrics, have proved how important this technology is for modern humans. 3D is here to stay because it has been used in education. As a result of these factors, 3D app development has seen a recent uptick.

Three-dimensional apps are becoming increasingly popular due to an increase in the global use of mobile devices and an improvement in the accessibility of internet connections around the world. If well-crafted, such applications have the potential to be highly effective and reach a broad audience, ultimately resulting in their long-term success.

It is predicted that the mobile 3D market will increase at a CAGR of 40,6% during the next five years. It is projected that the mobile 3D market will become increasingly competitive. Thus companies are rushing to develop new solutions. A wide range of applications for three-dimensional technology is opening up new avenues for businesses to profit from. The rise in the popularity of three-dimensional apps is primarily due to the increased use of smartphones and tablets. Mobile 3D is becoming the new normal, as 3D sensing technology in smartphones has expanded tenfold since 2017.

All in all, the mobile 3D market is broken down into three categories: product, component, and application. The second category includes various apps, including games, animations, maps, and navigation.

While mobile games dominate the market, other three-dimensional technological solutions offer tempting options for individuals who want to develop a 3D app.

Apps that use 3D technology are most popular in North America. This is predicted to continue shortly. The market’s growth will be fueled by new technology, such as equipment that can handle volumetric models and specialised software.

In terms of mobile 3D, Asia-Pacific, particularly China and India, is the fastest-growing region. For this reason, Samsung, Oppo, Lenovo, and other prominent smartphone makers are in demand.

The general public should expect to see 3D software becoming more widely available, even if new solutions are geared toward consumers with more excellent disposable money and purchasing power or those in the professional sector.

If so, what kind of 3D app are you working on?

This technique is used in a wide range of applications. Virtual reality and augmented reality (VR/AR) software are based on 3D modelling, making it difficult to separate the two.

It’s also worth noting that 3D apps are becoming more prevalent in an increasing number of industries.

According to companies, creating a catalogue of 3D models is also substantially less expensive than taking professional photographs of things. 3D retail is innovative and cost-effective because many brands have lowered the costs associated with building a traditional database of goods.

You can see how both individuals and businesses are now using augmented shopping by looking at this matrix of options. Healthcare, building, manufacturing, and numerous other fields gain from using three-dimensional technologies.

What You’ll Need to Build a 3D App

The foundation of each 3D application is a three-dimensional model. This model is typically created using one of the following three techniques: photogrammetry, scanning, or modelling.

Photogrammetry is a technique for integrating numerous photos to create three-dimensional representations. Maps and navigation applications are frequently created using this strategy in 3D development. However, photogrammetry is not ideal if you need a highly detailed and flexible model.

An object is scanned using 3D scanning to create a three-dimensional representation. It is possible to create an exact model of an object by using information such as the item’s shape, size, colour, and so on. Using volumetric scanning requires the use of a particular piece of equipment. There is, however, ever-evolving software that can transform a standard camera or phone into a 3D scanner.

3D modelling is the process of making a digital object by hand using specialised software.” The most exact and complete 3D goods can be obtained this way. However, it’s also the most expensive and time-consuming of the three outlined methods.

ISO 27001:2013 AND ISO 9001 Certified firm AIS Technolabs PVT LTD is a pioneer in India’s web design and development industry. Another honour bestowed upon us was being named one of India’s Top 10 Mobile App Development Companies for 2016. We are the leading IT consulting and online solution provider for bespoke software, website, games, custom web application, business mobility, and cloud-based application design & development.

More than 3900 successful projects have been completed in the United States; the United Kingdom, the United Arab Emirates; Canada; and other nations. Over 80% of our clients return to us because they are satisfied with the quality of our services.

An offshore web development company from India, we provide custom software, custom mobile apps, web application development, website design, SEO and digital marketing services. With some of the most prominent names in the industry, we’re proud to say we’ve worked with them all. We have a wide range of experience working with various clients and industries, enabling us to assist you in achieving your business goals. We’ve worked with more than 600 clients from around the world in various industries.

3D is no longer only a movie term. Every day, we witness a plethora of creative applications for this technology. 3D elements may greatly enhance many mobile applications, giving users a unique experience and greater convenience.

Make sure you select the right 3D app-building tools for your specific application idea from the many available options. You’ll have a different development path depending on what kind of program you’re developing.