How Mobile Applications Play An Unmatched Role in IoT World

The futuristic aspect of IoT (Internet of Things) has created a stir in everyday life, but what fuels the development of IoT is the information gathered by mobile applications.

Mobile applications began with banking activity, and games like Candy Crush. Now the data collected from mobile apps can shape a person’s life and the target of a marketing strategy.

WiFi-connected thermostats for a home, GPS powered tracking devices for wildlife, and intelligent personal assistants such as Amazon’s version Alexa are all examples of Internet of Things. 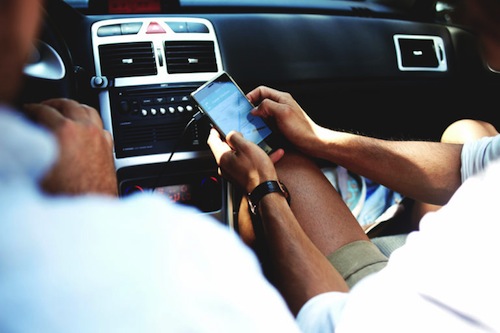 Before the early 90’s, sending an email was unheard of and websites for business were considered frivolous and over the top; now brand credibility is lost without one.

People consider their 5000 Facebook followers their “friends”, and the President “tweets” his opinions.

Neil Gross, Professor of sociology at the University of British Columbia, was quoted in 1999 saying “In the next century, planet Earth will don an electronic skin…It will use the Internet as a scaffold to support and transmit its sensations.”

Consumer-to-business relations are now fueled by the vital data collected from people’s activity and desires communicated through cell phones and tablets.

Now, Software engineers are focusing more on the prolific connection between APIs ( application programming interfaces) on a device-level interface and the endpoint of IoT.

Mobile applications can have dual channels of communication- through data control of a device or through functionality acting as a remote for IoT.

Smart home thermostats and security systems are a great example of dual communication between mobile applications and IoT.

The data used to program the system comes from the data the user inputs within the app, but the user can also change settings on the system directly from the functional interface. 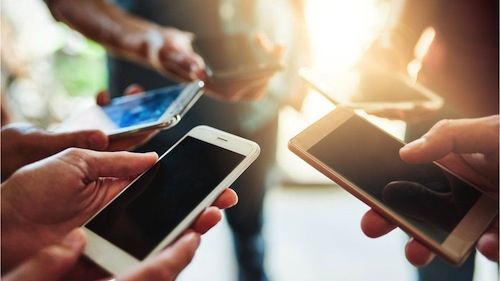 This use of technology reduces debilitating illness thereby assisting in the management of healthcare staffing by preventing unnecessary hospital visits.

Innovation has made it possible for technology that would have required millions of dollars to create in the 80’s to only cost a developer under $1000 in the present times.

Another type of cross-use of mobile applications and IoT includes sensory monitoring for the elderly, making it possible to place sensors throughout the home that communicates with a wearable placed on the individual’s wrist.

This i must say is really dope because i saw kris Jenner one time on Tv placing a monitoring device in her mom’s shoes just because she cares and she wanted to know how she was doing. I felt that was amazing. So it wont be a bad idea to have this everywhere in the world.

For retail and distribution industries, the use of mobile applications and IoT is increasing productivity and reducing operating expenses.

Amazon is currently using robots to fill orders based on demand electronically communicated from sales orders.

Walmart uses scanners to gather data about sales peaks and troughs, management can then walk through the store gathering real-time inventory counts which assists in loss prevention and prevents product shortages.

Mobile applications and the Internet of Things will continue to be used together in the future. The reduction of healthcare costs is sustainable in the next ten years, and companies are seeing stronger results from accurate marketing targets.

The data gathered from mobile applications allow IoT to make everyday lives simpler. From vacuum cleaners that run by themselves to wearable T-shirts that transfer the feeling of a hug; Artificial intelligence has graced the world in a way that is unprecedented.

This cannot be possible without the data gathered from individuals who make use of these mobile applications.