How Mass Texting Works In Nigeria

How do mass text messages work?

Mass messages are typically sent in batches called campaigns. A campaign is a series of one to many text messages sent over a period of time to your contacts. When setting up a campaign the user will define who will receive the message, what message will be sent, and when the message will be delivered.

How do you do a mass text message? 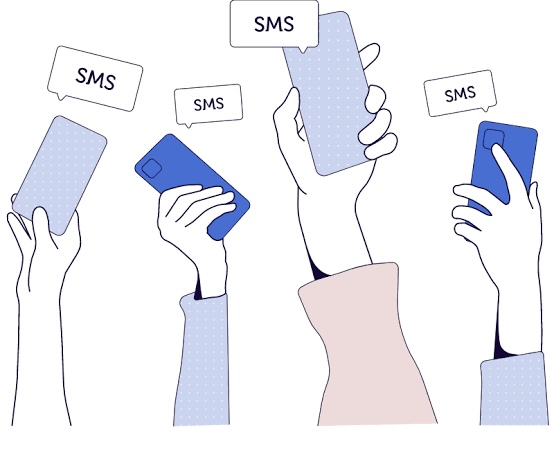 Sending a mass text message is as simple as logging in to a platform like EZ Texting, choosing a group of contacts you’d like to send to, composing your message, and scheduling it to be sent. One of the distinguishing factors of text messaging compared to other marketing channels is the extraordinary open rates.

Mass texting is arguably one of the most effective marketing and communication tools because of its ability to send text messages to hundreds or thousands of users. Nevertheless, do you know how mass texting works?

Here’s a detailed explanation of how mass texting works and how your organization can leverage its capabilities to foster the connection with clients:

How Does Mass Texting Work in Nigeria?

For starters, you require SMS provider software, which you can get from a reputable online texting service provider to send mass text messages. Often, these SMS providers provide an online-based dashboard or mobile app that allows you to control the sending and receiving of text messages.

The platform acts as an SMS gateway that enables you to send and sometimes obtain text messages from thousands of contacts within seconds. The SMS provider software often consumes your data, processes it, then sends the mass text messages to the carriers before returning the results to the customer.

How Do You Prepare Your Data and Mass Text Message for Delivery?

Before you can start sending your mass text messages, you’ll have to prepare the phone numbers and messages you’ll send. Most mass texting providers allow you to add data via CSV or text file import. Others enable you to link your existing system via an Application Programming Interface (API).

What is the Procedure for Sending Mass Text Messages?

Often, mass text messages are sent in clusters referred to as campaigns. Simply put, a campaign entails a series of text messages you send over a certain period to your contacts.

While creating a campaign, you’ll have to specify the intended recipient of the message and what message you’ll send. In addition, you’ll need to define the time when the message is to be delivered. Many sophisticated systems will authenticate cell phone numbers when setting up your text message for delivery to guarantee you’re sending it to mobile phones. During the validation process, the system will double-check phone numbers and remove duplicate numbers from the list.

After successfully sending your text messages, you’ll be able to manage all sent and received mass text messages via a web-based dashboard or mobile app.

How Do You Manage the Responses?

Once you have sent your mass text messages, your SMS provider software will provide a delivery report for you to review. Often, the report offers a detailed breakdown of the messages that were successfully sent and delivered and those that errored.

Based on the phone number you’re using, you may be able to send text message responses to your targeted contacts.

What Type of Phone Numbers Can You Use for Mass Texting?

A short code (e,g 234545) involves a five or six-digit number, usually allocated to a certain organization or SMS provider. Generally, shortcodes can only be utilized in one country and are usually allocated to many organizations. These numbers are often leveraged for mass texting marketing campaigns and possess the greatest message delivery rate per second.

Long codes (such as 234-555-1235) are also commonly referred to as virtual mobile numbers. With long code numbers, your organization can own its unique phone number, and you can use them internationally. However, long codes are the slowest regarding message delivery rate.

An example of a toll-free code is 234-555-1234. These also allow your organization to have international coverage and a better message delivery rate than long codes.

Even though mass texting is one of the oldest marketing strategies, it remains one of the most effective approaches today. Using this elaborative guide, you can learn how mass texting works and leverage its capabilities to boost your marketing campaigns.

How is a mass message typically sent?

How much does it cost to send a mass text?

Mass texting is affordable. There are plans that start around $25 a month, and others that allow you to pay as you go. Generally, messages are between $0.01 to $0.04 each. This makes SMS cheaper than all marketing channels with the exception of email.