Bioelectronics, specifically bio-molecular electronics, are described as ‘the research and development of bio-inspired (i.e. self-assembly) inorganic and organic materials and of bio-inspired (i.e. massive parallelism) hardware architectures for the implementation of new information processing systems, sensors and actuators, and for molecular manufacturing down to the atomic scale.

The National Institute of Standards and Technology (NIST), an agency of the U.S. Department of Commerce, defined bioelectronics in a 2009 report as “the discipline resulting from the convergence of biology and electronics. 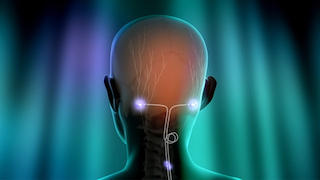 The first known study of bioelectronics took place in the 18th century, when scientist Luigi Galvani applied a voltage to a pair of detached frog legs. The legs moved, sparking the genesis of bioelectronics. Electronics technology has been applied to biology and medicine since the pacemaker was invented and with the medical imaging industry.

In 2009, a survey of publications using the term in title or abstract suggested that the center of activity was in Europe (43 percent), followed by Asia (23 percent) and the United States (20 percent), Still i don’t know how Africa is catching up with this innovation or should i say tapping into this innovation in order to aid living and help people get their lives back together in one piece.

In this article, we will be looking at how magnet-controlled bioelectric implant could relieve pain as at the moment a team of Rice University engineers has introduced the first neural implant that can be both programmed and charged remotely with a magnetic field.

Their breakthrough may make possible imbedded devices like a spinal cord-stimulating unit with a battery-powered magnetic transmitter on a wearable belt.

The integrated microsystem, called MagNI (for magneto-electric neural implant), incorporates magneto-electric transducers. These allow the chip to harvest power from an alternating magnetic field outside the body.

MagNI targets applications that require programmable, electrical stimulation of neurons, for instance to help patients with epilepsy or Parkinson’s disease.

“This is the first demonstration that you can use a magnetic field to power an implant and also to program the implant,” Yang said. “By integrating magneto-electric transducers with CMOS (complementary metal-oxide semiconductor) technologies, we provide a bioelectronic platform for many applications. CMOS is powerful, efficient and cheap for sensing and signal processing tasks.”

“People have been demonstrating neural stimulators on this scale, and even smaller,” Yang said. “The magneto-electric effect we use has many benefits over mainstream methods for power and data transfer.”

He said tissues do not absorb magnetic fields as they do other types of signals, and will not heat tissues like electromagnetic and optical radiation or inductive coupling. “Ultrasound doesn’t have the heating issue but the waves are reflected at interfaces between different mediums, like hair and skin or bones and other muscle.”

“It doesn’t require any internal voltage or timing reference,” he said. Components of the prototype device sit on a flexible polyimide substrate with only three components: a 2-by-4-millimeter magneto-electric film that converts the magnetic field to an electric field, a CMOS chip and a capacitor to temporarily store energy.

The team successfully tested the chip’s long-term reliability by soaking it in a solution and testing in air and jellylike agar, which emulates the environment of tissues.

The researchers also validated the technology by exciting Hydra vulgaris, a tiny octopus-like creature studied by Robinson’s lab. By constraining hydra with the lab’s microfluidic devices, they were able to see fluorescent signals associated with contractions in the creatures triggered by contact with the chips. The team is currently performing in-vivo tests of the device on different models.

In the current generation of chips, energy and information flow only one way, but Yang said the team is working on two-way communication strategies to facilitate data collection from implants and enable more applications.

Significant Applications of the Bioelectronic implant 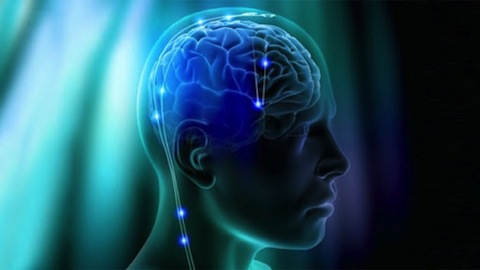 Bioelectronics is used to help improve the lives of people with disabilities and diseases. For example, the glucose monitor is a portable device that allows diabetic patients to control and measure their blood sugar levels.

Electrical stimulation used to treat patients with epilepsy, chronic pain, Parkinson’s, deafness, and blindness. Magnuss Berggren and colleagues created a variation of his OEIP, the first bioelectronic implant device that was used in a living, free animal for therapeutic reasons.

It transmitted electric currents into GABA, an acid. A lack of GABA in the body is a factor in chronic pain. GABA would then be dispersed properly to the damaged nerves, acting as a painkiller. Vagus Nerve Stimulation (VNS) is used to activate the Cholinergic Anti-inflammatory Pathway (CAP) in the Vagus Nerve, ending in reduced inflammation in patients with diseases like arthritis.

Since patients with depression and epilepsy are more vulnerable to having a closed CAP, VNS can aid them as well. At the same time, not all the systems that have electronics used to help improving the lives of people are necessarily bioelectronic devices, but only those which involve an intimate and directly interface of electronics and biological systems.

Organic bioelectronics is the application of organic electronic material to the field of bioelectronics. Organic materials (i.e. containing carbon) show great promise when it comes to interfacing with biological systems. Current applications focus around neuroscience and infection.

Conducting polymer coatings, an organic electronic material, shows massive improvement in the technology of materials. It was the most sophisticated form of electrical stimulation. It improved the impedance of electrodes in electrical stimulation, resulting in better recordings and reducing “harmful electrochemical side reactions.

Organic Electrochemical Transistors (OECT) were invented in 1984 by Mark Wrighton and colleagues, which had the ability to transport ions. This improved signal-to-noise ratio and gives for low measured impedance. The Organic Electronic Ion Pump (OEIP), a device that could be used to target specific body parts and organs to adhere medicine, was created by Magnuss Berggren.

The Future of Bioelectric implants on reducing pain

The improvement of standards and tools to monitor the state of cells at sub cellular resolutions is lacking funding and employment every where around the world. Especially in Africa, this is a problem because advances in other fields of science are beginning to analyze large cell populations, increasing the need for a device that can monitor cells at such a level of sight.

Cells cannot be used in many ways other than their main purpose, like detecting harmful substances. However, Merging this science with forms of nanotechnology could result in incredibly accurate detection methods.

The preserving of human lives like protecting against bioterrorism is the biggest area of work being done in bioelectronics. Governments are starting to demand devices and materials that detect chemical and biological threats. (And it is said that the Nigerian Government has to take the lead on this in Africa for the continent to pull forward in this direction). Regardless, The more the size of the devices decrease, there will be an increase in performance and capabilities.