Over the years, the google brand has been known to be detailed and exquisite in manufacturing their mobile devices. This smartphone will be equipped with striking features and specifications, As you will be able to purchase this mobile from Google right from anywhere you are in the world. 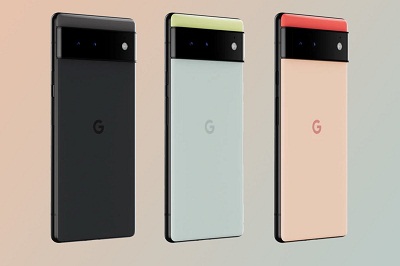 This is the sixth straight year, we are getting a new Pixel. But the Pixel 6 and Pixel 6 Pro have generated far more speculations around the globe than any other mobile device so far. Google Pixel 6 will feature both a main sensor and ultra-wide camera.

The Google Pixel 6 Pro adds a 4X optical-zoom telephoto lens. Google also says that the main wide-angle sensor now lets in 150% more light, and the biggest feature of the upcoming Pixel 6 mobile phones is a new system-on-chip called Tensor that is designed to provide the Pixel 6 series with a bunch of AI powers we haven’t seen before.

Although we all have a hunch that the google company brand will release this smartphones at most towards the end of September. This is because Google has launched every single Pixel phone in the Fall, usually in early October.

It is expected that this upcoming phone will come with a 6.2 inches (15.74 cm) display that will have a resolution of 1080 x 2240 Pixels. Hence, you will have an immersive viewing experience while playing games or watching videos.

Google’s design language has varied greatly over the years, but the Pixel 6 appears to be the boldest design the company has ever produced and i just love it already.

Along with the name of the phone, Google has already confirmed what the Google Pixel 6 and Pixel 6 Pro will look like. Above, you can see official imagery of the Pixel 6 Pro in different of colorways as you read along.

The smartphone will come with 6 GB, 6 GB of RAM + 128 GB of internal storage. You will not have to worry about space constraints while saving your files such as videos, songs, games, documents, and more.

In addition to this, the upcoming phone is rumored to be powered by a Octa-Core processor that will let you enjoy a smooth and faster performance. Also, you will be able to access multiple applications and play intense graphics games without any lags or interruptions.

Google Pixel 6 will feature a 6.4-inch full HD+ display with a 90Hz refresh rate. Google’s larger Pixel 6 Pro sports a 6.7-inch panel with a 120Hz refresh rate. We would have liked to see a 120Hz panel on the smaller Pixel 6.

The camera is the buzz on this smartphone as with the Pixel 6, you downgrade to a 6.4-inch FHD+ screen supporting a 90Hz refresh rate, plus a dual-camera array that loses the telephoto lens. Both models will have in-screen fingerprint sensors.

Other Features on the rear camera setup might include Digital Zoom, Auto Flash, Face detection, Touch to focus. On the front, the mobile is rumored to come with a 12.2 MP + 16 MP front camera for clicking selfies and making video calls. 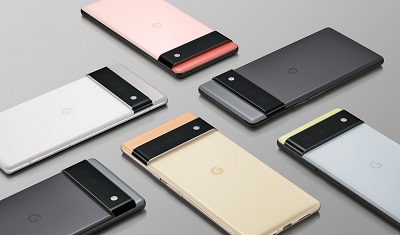 On the performance side, We know for certain the Pixel 6 will launch with Android 12 installed. Alongside the other Pixel phones, the Pixel 6 will get exclusive access to the new Material You design language.

We are happy to report that Google is ditching the rear-mounted fingerprint sensor on the Pixel 6 in favor of an under-display fingerprint scanner. This should make it easier to unlock both the Pixel 6 and Pixel 6 Pro. However, we don’t yet know if the sensor uses ultrasonic tech or is an optical scanner.

Connectivity options on the Google Pixel 6 might include WiFi – Yes, Wi-Fi 802.11, b/g/n, Mobile Hotspot, Bluetooth – Yes, v5.0, and 5G supported by device with both 4G, 3G, and 2G. Sensors on the smartphone might include Accelerometer, Gyro, Proximity, Compass, Barometer.

The Google Pixel 6 is fully powered by a non-removable battery. Which we will figure out together eventually, as this battery will give the smartphone a good backup.