Gionee x1 and Gionee x1s are quite very affordable when it comes to mobile phones, for individuals who prefer this smartphone, it features a 4G LTE support, a very decent camera and finger print scanner.

knowing fully well that the Gionee x1s brings better specifications to the floor, with a fast processor included and a higher RAM. little wonder why this smartphone is reliable to choose from when called upon use. 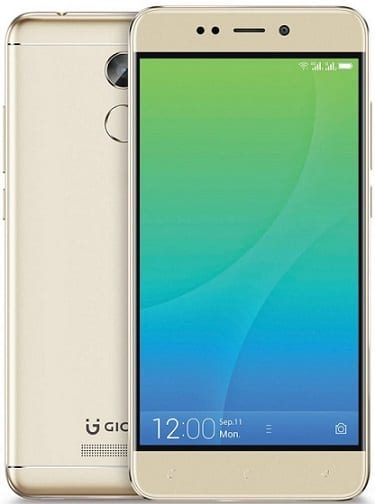 Regardless of the fact that this is an affordable device, the standards of quality did not come down. And the gold or black cover back of this smartphone makes it just there to look at i can say it is a fine phone at all around.

A measurement of 8.8mm placed them on the thicker side in terms of quality. Also considering the budget and all that, it is good to have in mind that Both the Gionee X1 and X1s come with HD (720 x 1,280 pixel) displays. While the standard variant rocks a 5-inch IPS panel, the other sports a 5.2 inches. This means the Gionee X1 offers slightly sharper images.

In its own case, the Gionee X1 offers an 8MP sensor on both its front and back. This should make it perform well for an entry-level phone, judging by this setup.

Since the Gionee X1s provides better image quality, how this is possible is because it features a 13mp rear and 16mp front camera combination. I can say for a fact that the main target market for this brand are obviously kids who are (selfie enthusiasts).

If you feel that you are in need of an affordable phone you can lock with your fingerprint, these smartphones may not be a bad choice. You will find the scanner on the rear, below the main camera. quite creative if you ask me.

Both Gionee x1 and Gionee x1s comes with quad-core media-Tek processors. But be sure to expect a top notch performance from the Gionee X1s being that its CPU runs at 1.5 GHz and it features 3GB RAM.

Internal storage for the two smartphones stands at 16GB, expandable via a dedicated microSD card slot. This handheld devices run on Android 7.0 Nougat operating system, which has Gionee’s Amigo 4.0 skin on top. You can not beat that on an aspect with the Gionee brand.

The regular model pack of the smartphone comes up with a 1.3GHz and it doubles up with a 2GB RAM.

Most times, for some people this might be the first aspect they check out for while checking out a smartphone. It is understandable as most individuals or users do at least 4-5 days of active talk time.

Gionee equips the X1 with a 3,000mAh battery, while the juicer on the X1s has a bigger 4,000mAh capacity. The phones support super fast 4G LTE with Voice over LTE (VOLTE) feature.

For these reasons one would think that it is finished, but you’d be surprised as the Gionee brand says they make the devices last longer than most smartphone brands when compared together. it has also got a 652 worth of stand by time when it is not in use.

GIONEE X1 AND GIONEE X1s PRICE AND WHERE TO BUY

The Gionee X1 and X1s were initially targeted at the Indian market, but it has found its way to the african market space with Nigeria, Kenya, or Ghana being the key focus via Jumia online E-commerce platform. You can buy the Gionee X1 for around (NGN) 29,000 Naira in Nigeria. The Price of the Gionee X1 in India is 8999 INR while Gionee X1s goes for 12999 INR.

The X1s finishes with a metal body and available in just Gold and Black colors. There is a rear-mounted fingerprint scanner for security purposes should you want to have a feel of the features that comes with the device. Gionee X1s is priced 202 USD which commands about (NGN) 74,000 naira in Nigeria and 12,999 rupees in India.

Here i put together some other features and specifications you might need in your course for research on this smart phones.

Not everyone’s preference would be to opt for the Gionee x1 or Gionee x1s smartphone. But be rest assured that this device has all it takes to keep you on the Go, with an access to last longing battery life and an amazing picture quality plus some other mouthwatering features, i can fully say it is a phone to have around. Rugged as it looks and shaggy to hold with a firm grip.